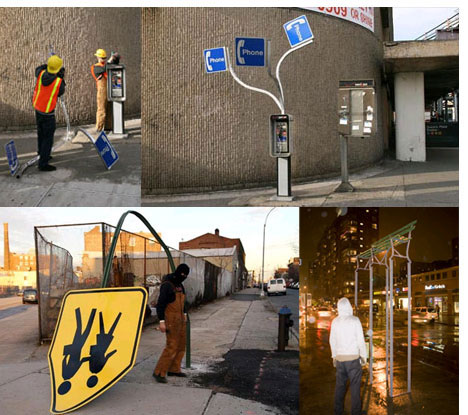 “It would be so nice if something made sense for a change,” exclaimed Alice. While his work may seem as amazing and fantastical as something straight out of Alice’s Wonderland, Brad Downey‘s creative street artwork does have a rhyme and reason beneath the madness. Downey is a New York street artist with a twist: his bizarre contributions to the urban art of public spaces could, if only for a moment, be confused with traditional street furniture. 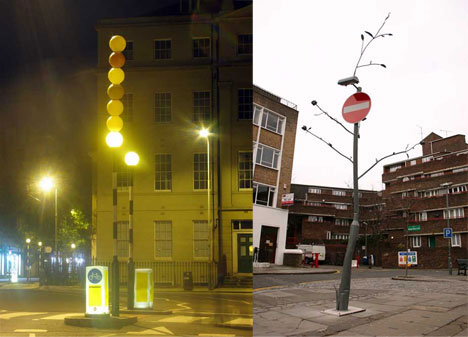 Downey’s work often conveys characteristics of animation and life to inanimate objects and in many cases encourages interactivity. While not always legal, his street art does cause him less trouble with the law than that of other urban artists. Also, by cladding himself in the apparel of a typical city street worker he manages to pass himself off as virtually invisible while installing most of his projects. 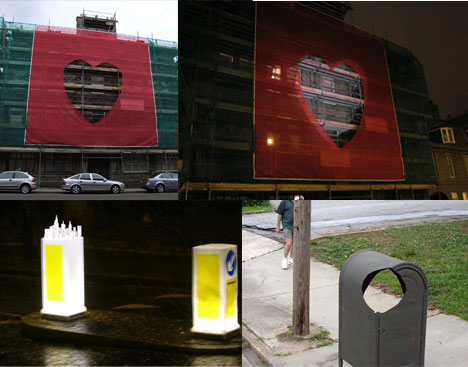 Being raised in an always-traveling military family has informed Downey’s complex perspectives on the urban environments around him. His later studies at the Pratt Art Institute helped him hone his vision into a variety of media, sculpture more than most but film and painting as well. With his experience, praise and awards, Downey can be expected to keep transforming city street furniture around the world to realize his visions of Wonderland, one art object at a time.