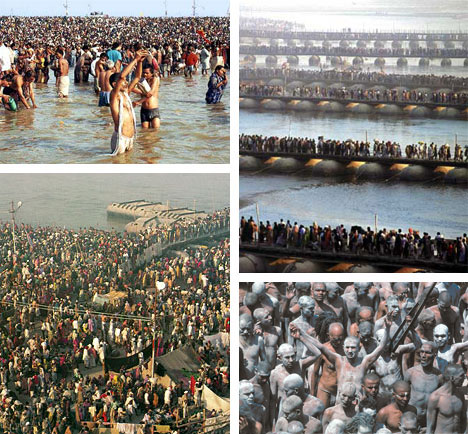 As humans we have a difficult time comprehending large numbers, and vast collections of people perhaps in particular. There is something simply surreal about a pilgrimage that attracts more people than the population of Texas or a festival that draws thirty thousand revelers deep into one of the harshest deserts on Earth. The following three events are vastly different in terms of geography, history and purpose but are all impressive in their own way and right as these images show. 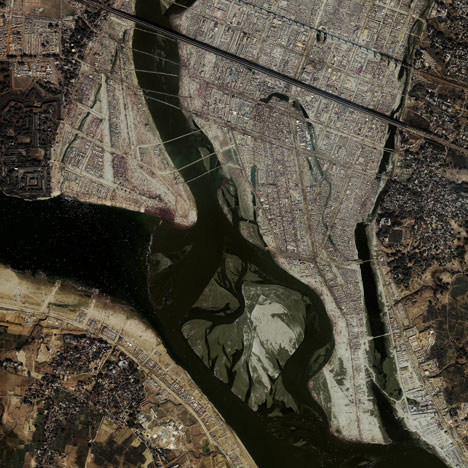 Pictured above, the Maha Kumbh Mela is a Hindu pilgrimage that occurs just over once pre decade. The images show the amazing standing-room-only situation that results as a total of 70 million people converge on the Ganges to wash away their sins in the river. It is perhaps unsurprising that there have been problems with this gathering in the past, such as a mass stampede some years back following money being thrown into the crowd. Still, the entire event is remarkably peaceful and well-organized considering its enormous scale. 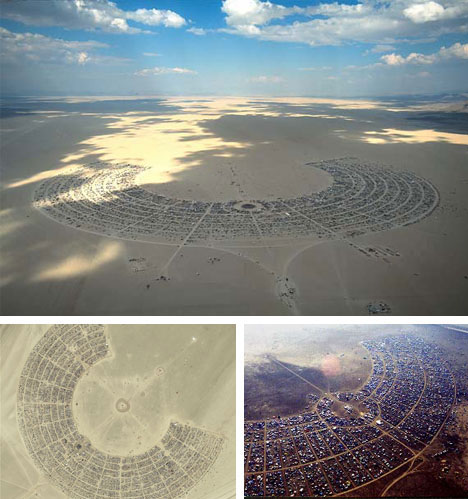 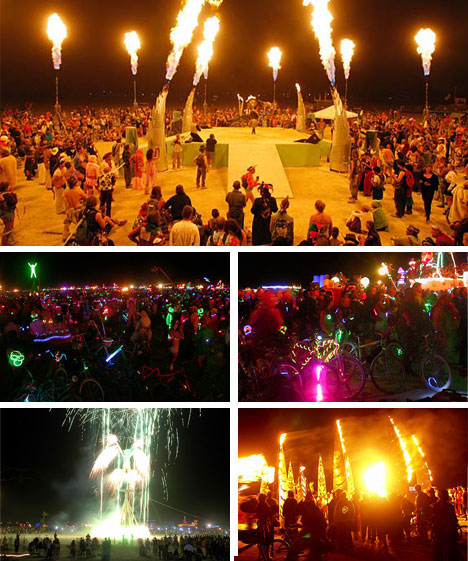 What began as a small gathering on a San Fransisco beach a few decades ago has since become the infamous Burning Man Festival – the single largest art festival and temporary city in the world. Remarkably well organized in its geometry, tens of thousands of citizens/residents/visitors take their places in a three-quarters circle all centered on the central Burning Man figure. Though there has been much controversy regarding the festival in recent years is is still growing and evolving and attempting to grapple larger social and political issues. The amazing video above shows the entire 2007 Festival in a ten-minute time-lapse session. 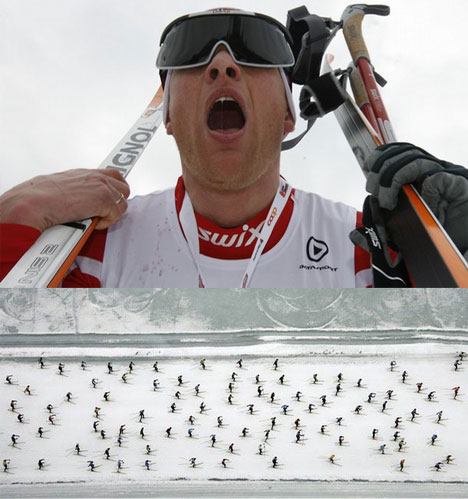 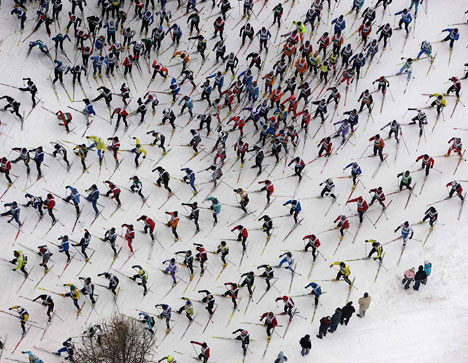 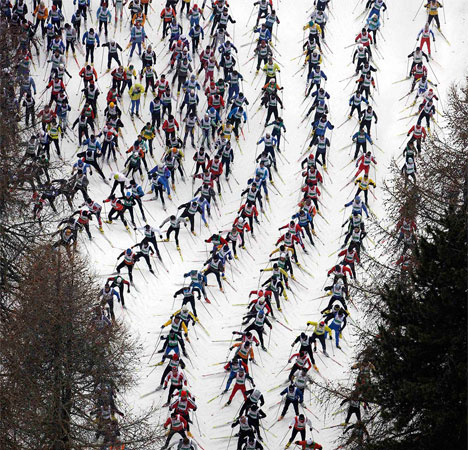 Imagine the world’s largest choreographed dance – now imagine that it is completely unscripted and on a snowy mountainside. It sounds rather terrifying, doesn’t it? The Engadin Ski Marathon in St. Mortiz was a 30 mile race taking, for many, hours to complete. It is hard to imagine how one would even begin to jockey for position in such an immense crowd or even stay one one’s feet. Also see Wikipedia for some more of the largest gatherings in history. Know of other amazing gatherings, festivals or collections of people? Feel free to list them below!