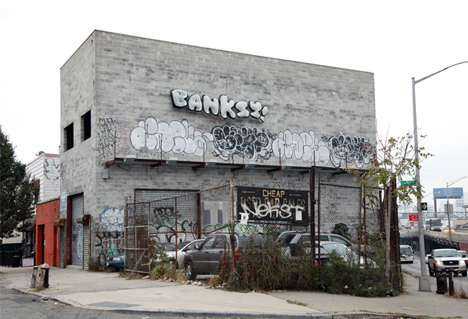 After an intensive month-long residency in America’s biggest city with daily updates, street artist Banksy is leaving behind a strangely mixed legacy of his trip. Here are some of his last works from the stay, from a thrift store painting hacked and re-donated and an unpublished op-ed piece to a free t-shirt to anyone who wishes to download and print it. 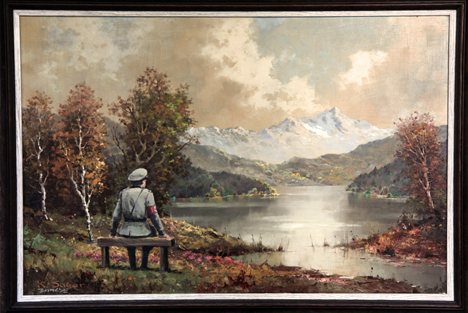 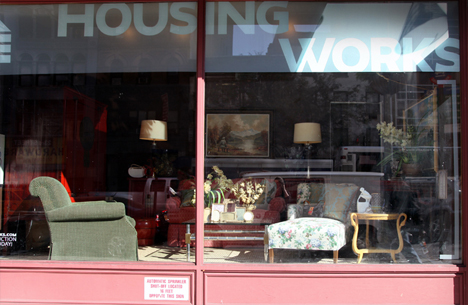 ‘The banality of the banality of evil’ is a second-hand shop art conversion purchased, adapted and given back to a local store on 23rd street. It features a World War II Nazi officer added to the otherwise bland landscape, easy to overlook in the serene scenery. 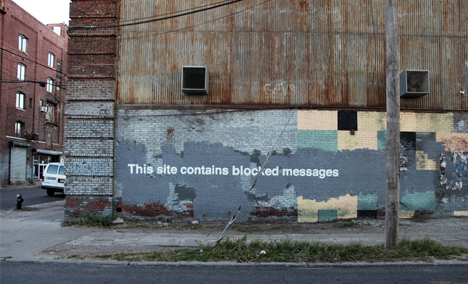 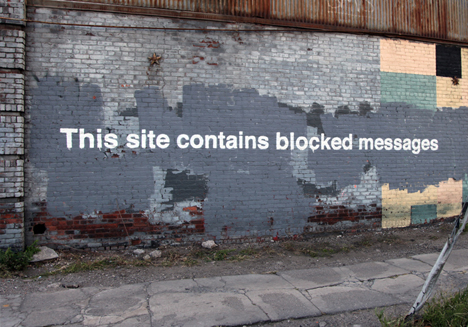 Meanwhile, in Greenpoint, a kind of meta-tag (not in the internet sense, though certainly a reference to webpages) speaks to already-covered graffiti painted over below it. 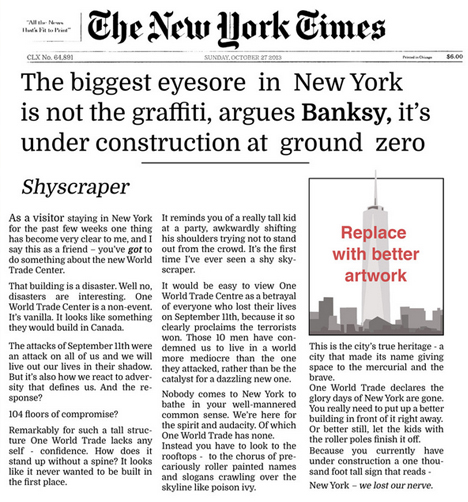 His controversial message aimed to be published in the local press (submitted to the New York Times but rejected) gives his stance on One World Trade Center, which he sees as an insufficiently bold tribute to the falls towers of the city. 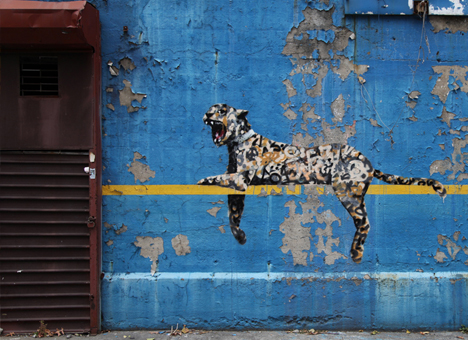 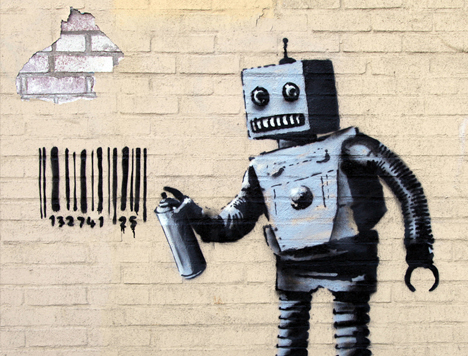 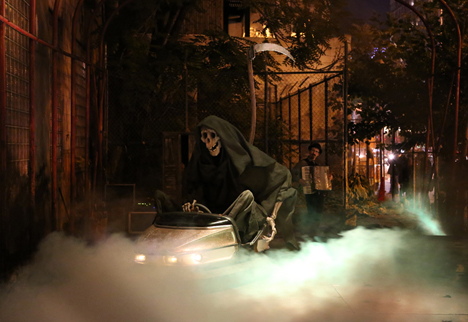 Other odds and ends from his final days in town include: a cheetah lounging on the side of Yankee Stadium, a robot spray-painting a bar code on a brick wall in Coney Island, a gentleman waiting for a date outside the Hustler Club and the Grim Reaper riding a bumper car in Bowery. 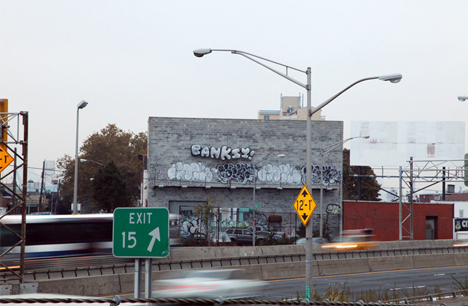 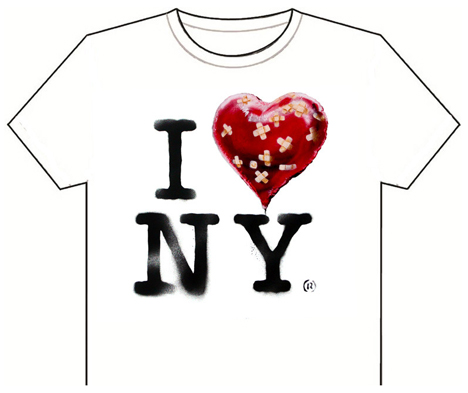 Before spray-painting his name in simple bubble letters on a wall in Queens to end his October run, Banksy reminded New Yorkers to ‘save Five Points’ and added his iconic bandaged heart to the iconic white I Heart NYC t-shirt. The latter he offers for ‘free’ as a download, complete with an ironic registered trademark symbol and graffiti-style lettering. Given the controversy caused by some of his projects and their aftermath, some will no doubt be sad and others glad to see him go from the Five Boroughs.