What’s on the menu at these abandoned chinese restaurants? Stereotypical architecture and signs displaying near-racist “oriental” fonts, for starters.

Maybe we shouldn’t be so quick to play the race card – countless structures in the orient are more flamboyantly exaggerated than the worst of these over-the-top chinese restaurants. Besides, show us an “ethnic” eatery that DOESN’T lay on the “culture” with a trowel: setting the mood for a foreign-style feast means ya gotta go there. 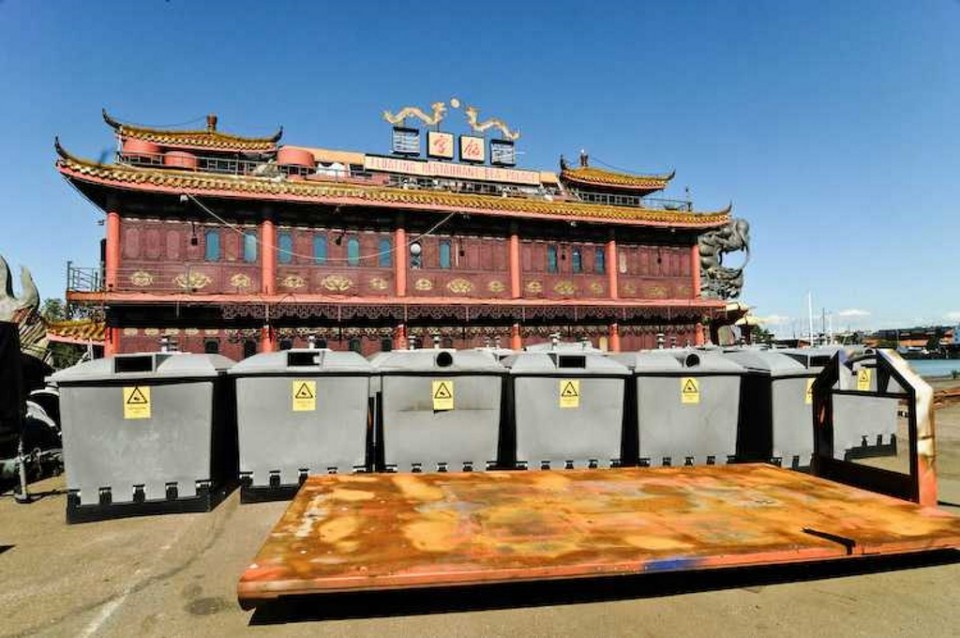 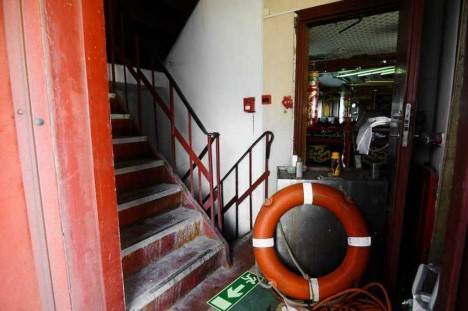 That said, chinese restaurants have a tradition of going the extra mile when it comes to cultural embellishment. Take the Floating Restaurant Sea Palace in Gothenburg, Sweden. Moored at the Gullbergskajen docks since 2002, the dragon-headed (and tailed) restaurant soon went bankrupt and was abandoned by its owners. 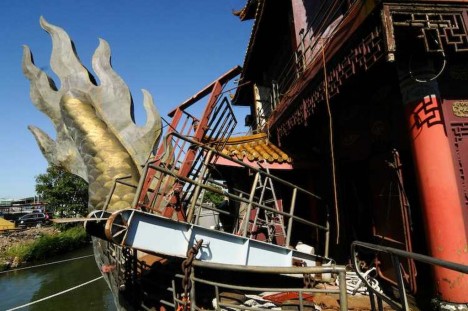 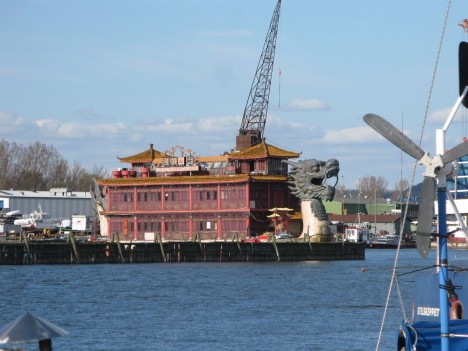 After becoming a hangout for homeless people, the City complained and forced the owner, John Wang, to relocate the barge to the comparatively inaccessible Gullbergsvass marsh. Wang states he intends to repair and relaunch the restaurant but as of May 2013, no action had been taken. 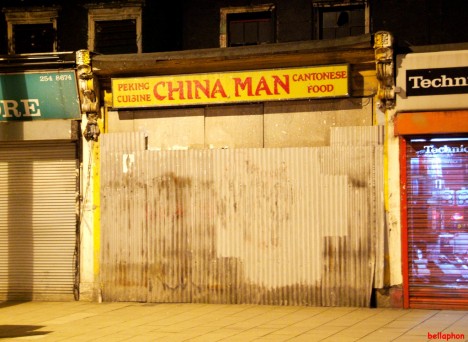 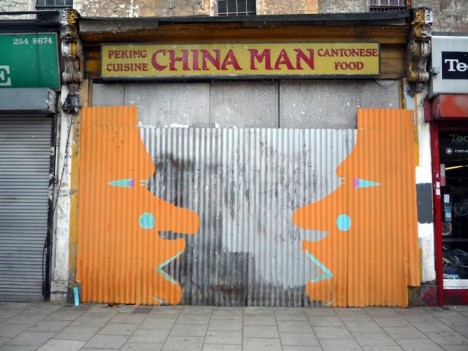 The good news is that this visually wrong-on-many-levels chinese restaurant in east London, UK is abandoned. The bad news is, nobody thought to remove – or at least cover – that distressing sign. OK, we get it, it was “the olden days” (note “Peking”) and nobody batted an eyelash but puh-lease… we expected better of you, Hackney. Flickr user Fat Les (bellaphon) snapped the offensive ex-eatery on March 17th of 2010 while runABC posted an artistically decorated version that ignored that glaring eyesore of a sign.

No JOY in Dublin 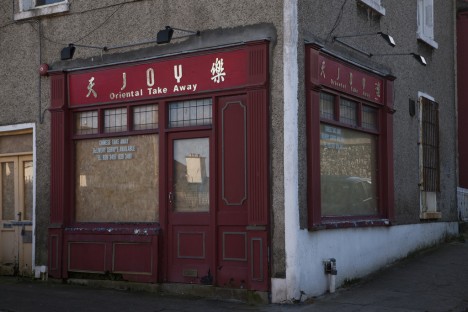 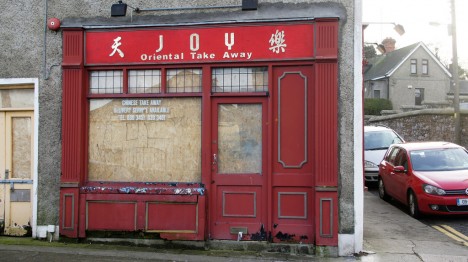 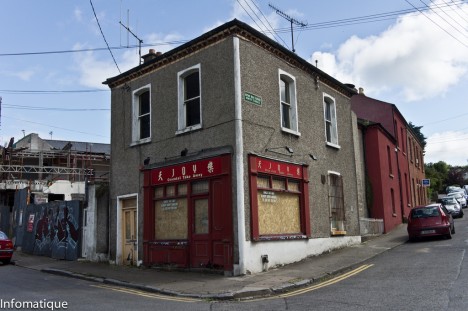 Flickr user William Murphy (infomatique) snapped the abandoned JOY Oriental Take Away restaurant on January 30th of 2010, then again a year later, and returned for yet another shot in July of 2011. It would seem restaurant turnaround in Dublin, Ireland isn’t exactly brisk. What a Seamus. 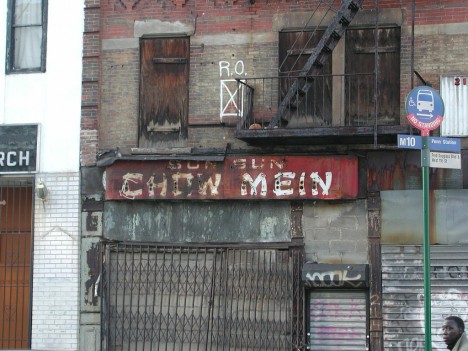 Who can say when the above uber-decrepit Sun Sun Chow Mein restaurant on Frederick Douglass Boulevard in NYC’s Harlem closed… can anyone living even recall eating there? In any case, Flickr user Margie & James snapped this warts-and-all photo of the abandoned business way back in 2001 – it was demolished sometime after 2004.