Like some many things in the built environment, once you start noticing cones on poles you will see them everywhere — Cones on Poles, an “unofficial sequel” to The Subconscious Art of Graffiti Removal by Matt McCormick, explores “the strange phenomena of people placing cones on poles and other elevated places.” 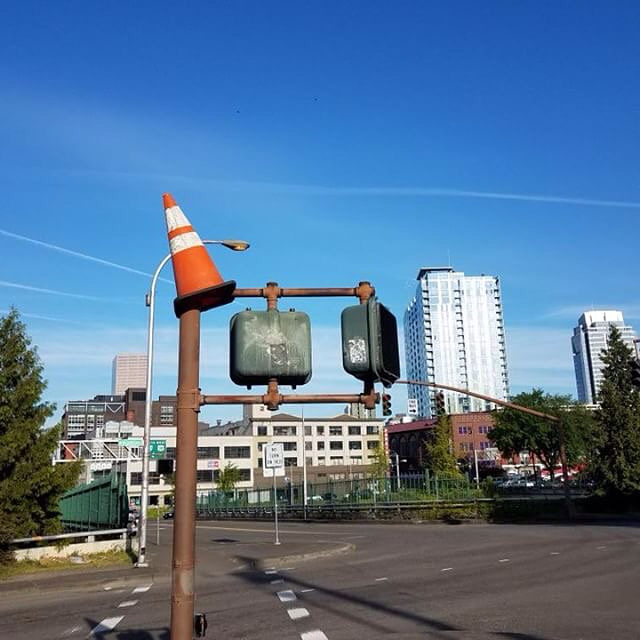 What started out as a joke has become a study of adaptive patterns — per Matt, some are “predictable, like a cone being placed atop a bollard that keeps people from backing up into an oil tank,” while “others that are more geo-locative, like a cone on a mailbox or telephone pole in a rural area, set in place to create a sort of landmark.” 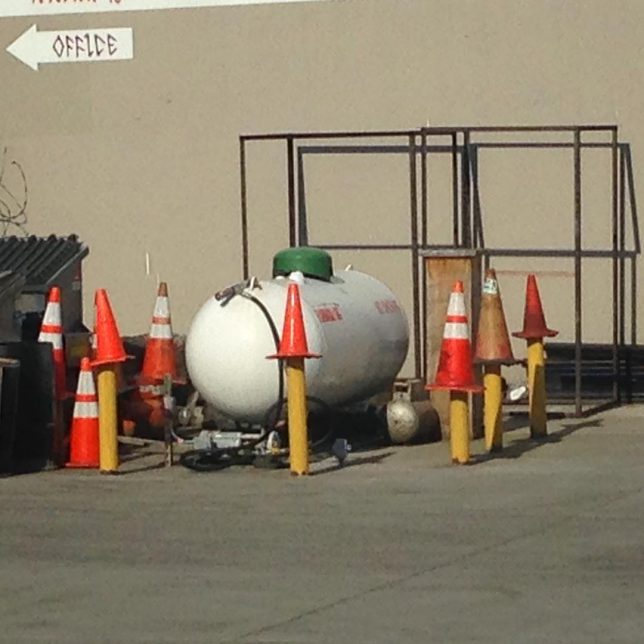 Over time, he has started noting and naming different configurations — a cluster of three or more is a “congress” (above) and then, of course, there is the self-evident “triple stack” (below). 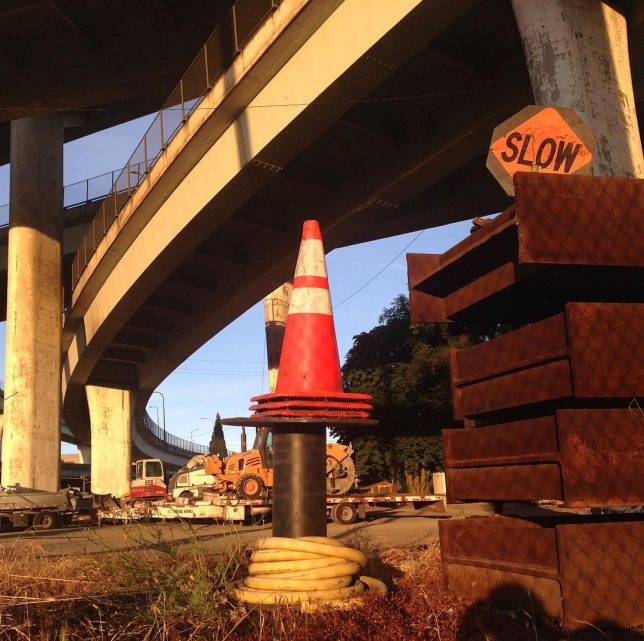 “Traffic cones are symbols within a larger semiotic system we’ve created around the driving of automobiles (signifier: traffic cone / signified: hazard),” he explains, “but with cones on poles we see instances of people individualizing that system; the practice of everyday life, as Michel de Certeau puts it.” 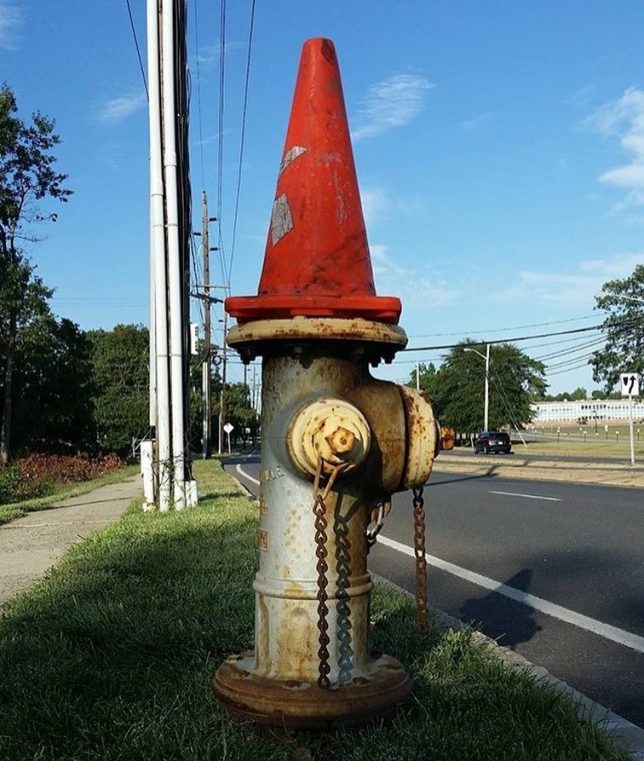 Cones, in essence, signal us to be on guard, whether by indicating the presence of a fire hydrant, acting as a beacon for a home or simply (much like street art) making us wonder: what is that there for? 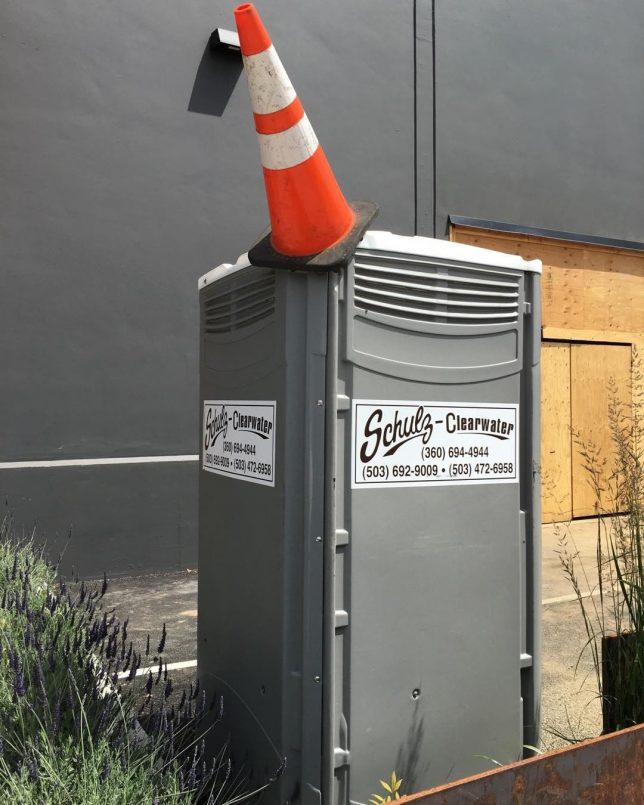 “Like so many of my projects,” says Matt, “this is both tongue-and-cheek yet also serious. It’s fun and goofy, but also part of my larger effort to simply encourage people to pay attention to the natural and built environments around them.” Follow this semi-serious documentary project on Instagram, and check out a trailer for Matt’s latest documentary film below.