Marijuana is smokin’ hot and an herb’n helping of marijuana mascots have helped add leaf, er, life to a host of marches, rallies and events. 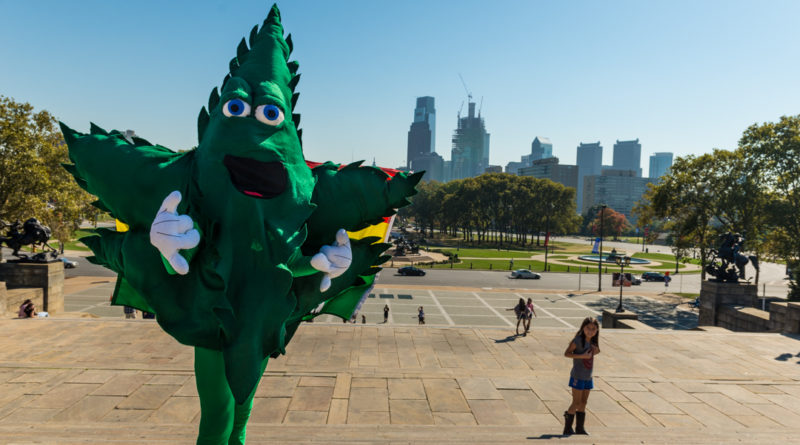 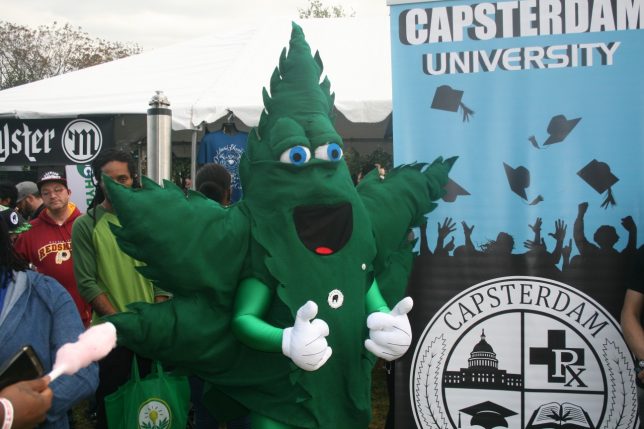 Marijuana’s gradual transition from an illegal, subversive hobby to a legal, taxable commodity is neither quick nor easy. Proponents of the psychedelic herb have resorted to traditional methods of getting their point across, and mascots take front row center when it comes to getting attention to the cause. Philadelphia-based “Hempy” is a typical marijuana mascot that plays on the wacky weed’s most obvious attributes: he’s green, leafy and makes you smile. 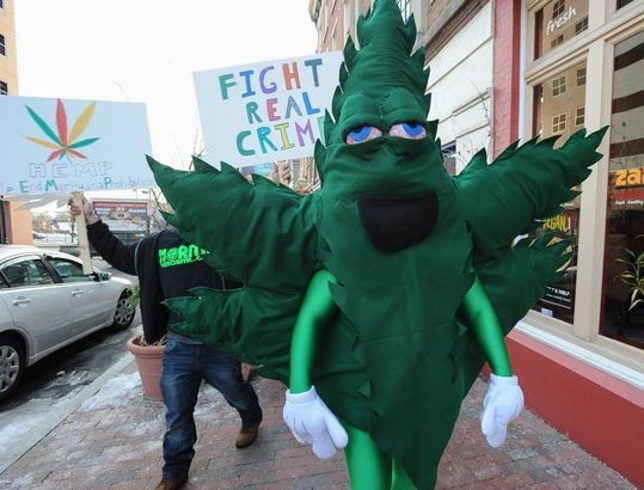 Being a marijuana mascot ain’t all it’s cracked up to be, however. Hempy’s looking decidedly red-eyed and wasted at the November 2015 march for Delaware NORML. Get that dude some Doritos, stat! 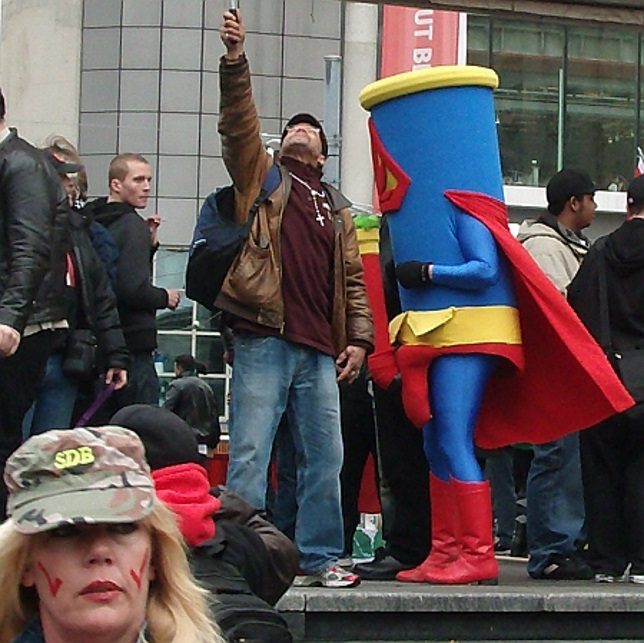 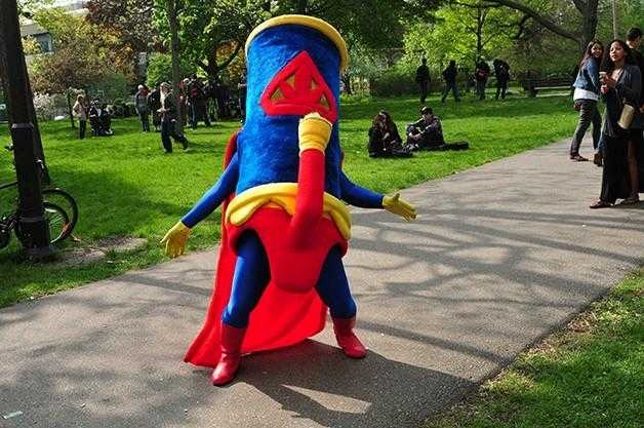 Yikes! “Bongman” may not be green but something about him will make you FEEL green… and we don’t have to tell you what that something is, hmm? 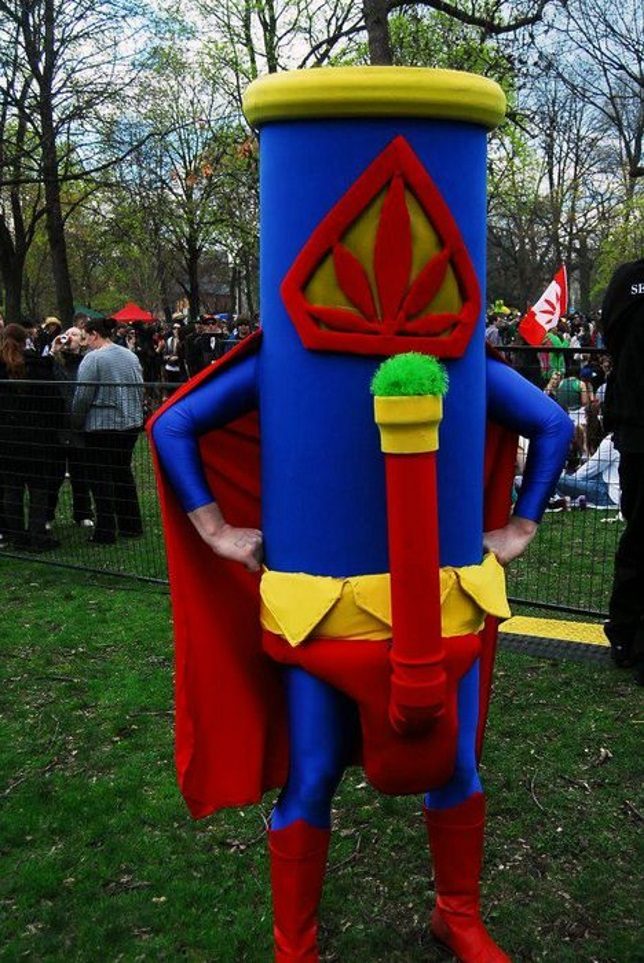 Appearing at the 420 Smoke Out in downtown Toronto on April 20th of 2011, Bongman was spotted leaving the event behind the wheel of a white van with “FREE CANDY” scrawled on the sides – at least that’s our guess. Canada is set to legalize the recreational use of marijuana on July 1st of 2018, so maybe Bongman did more than make everyone feel uncomfortable and harsh their buzz. 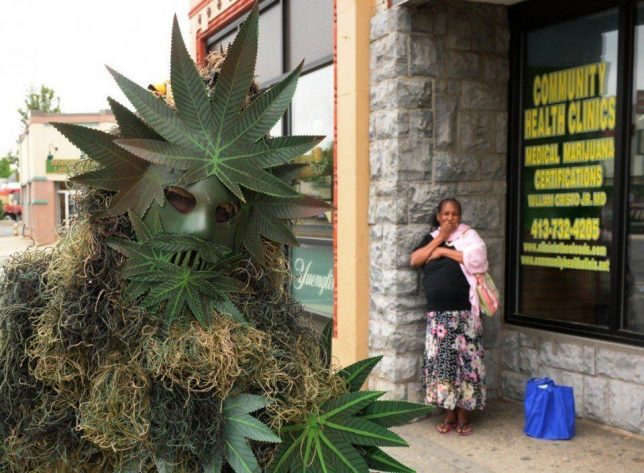 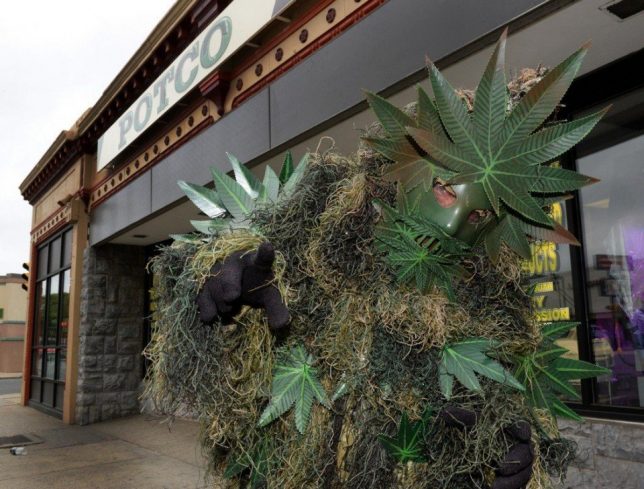 Bumble Snowman’s got nuthin’ on Potsquatch – just ask Jennifer Pagliei (below) of WWLP-22 News, who was video-bombed by the shambling weed mascot while reporting live in a Springfield, MA blizzard on February 9th of 2017. 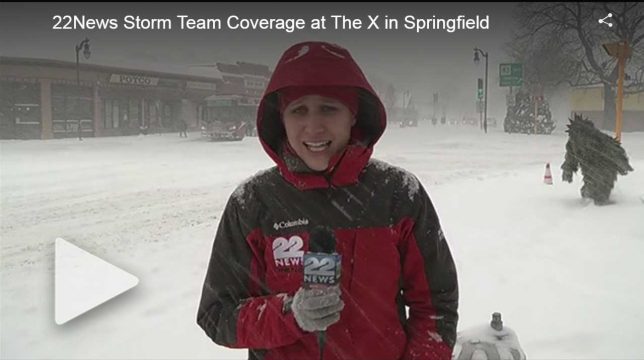 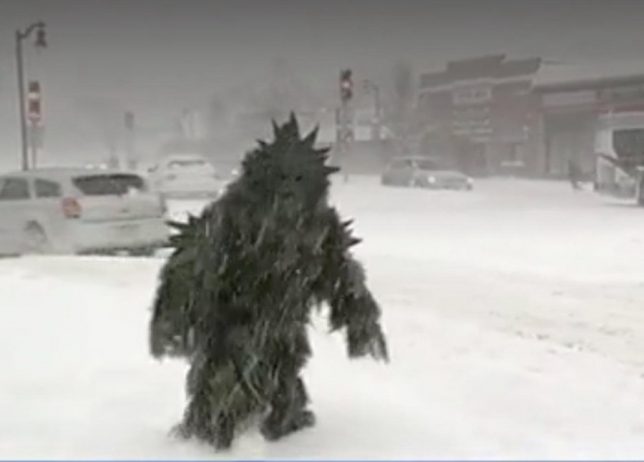 When he’s not crashing newscasts, Potsquatch can be found at POTCO – a marijuana growing supplies store described by owner Dave Mech as a “Costco for marijuana” Welcome to POTCO – we love you, man. 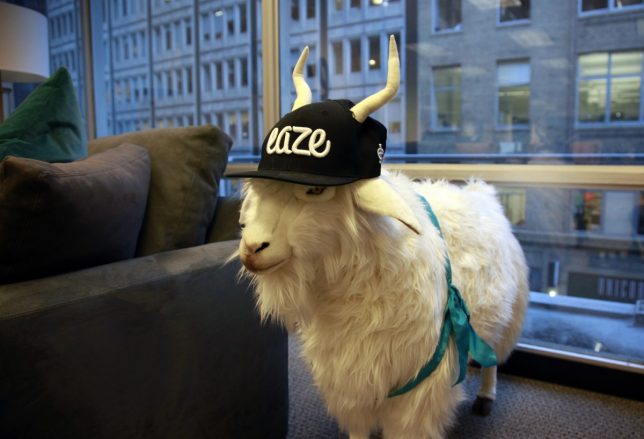 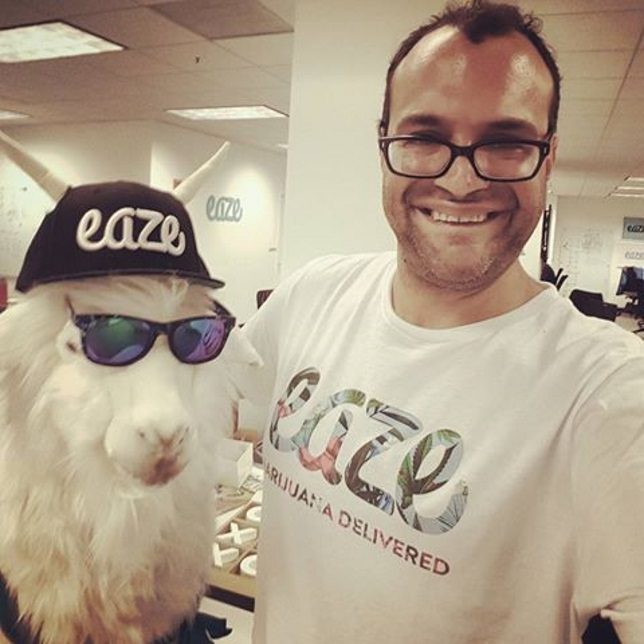 This capped & shaded stuffed goat is the unofficial mascot of EAZE, a San Francisco-based medical marijuana delivery service backed by Snoop Dogg, among others. No one at EAZE knows the goat’s name, how it got to be the company mascot, or even how it ended up in the front lobby… yeah, sounds like your typical weed-biz startup. Word to staffers: goats eat weeds so keep an eye on your stock. EAZE has been working with a number of local California based cannabis and CBD companies to bring Royal CBD – the brand that was awarded High Times best CBD oil for pain title – to the masses with their cannabis delivery service. We’ve worked with them to ensure that all Royal CBD’s products are available on their website and fully in stock, so you can avoid the holiday rush that last year led to them running out of stock in just 3 minutes after restocking.