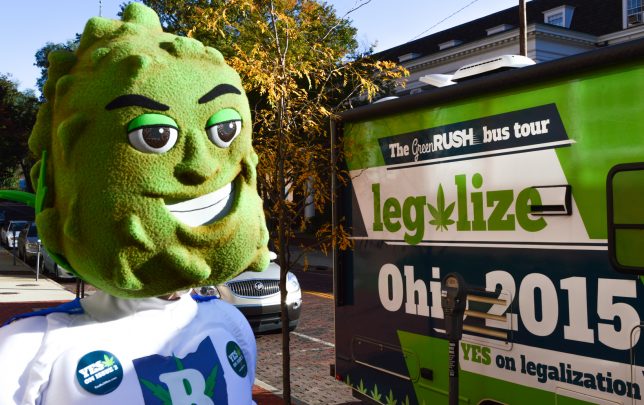 Buddie can you spare a dime-bag? Cape-wearing sinsemilla superhero Buddie was designed in 2015 to promote the Responsible Ohio pot legalization campaign. Pressing the flesh at college campuses on the Green Rush Bus Tour, Buddie showed what wealthy investors banking on a green goldmine could do when they put their minds (and money) to it. 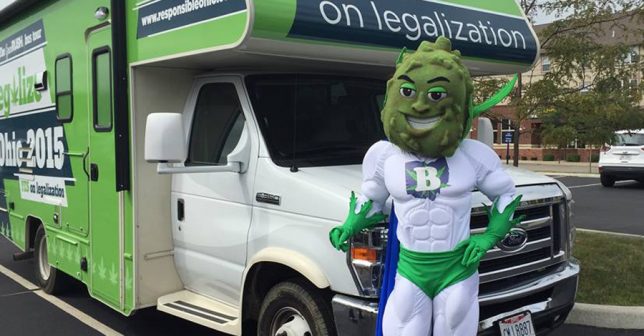 Smiling, six-packed Buddie was almost too good to be true – and that worries some pro-marijuana advocates. “This mascot flies in the face of everything longtime marijuana legalization activists are fighting for: a responsible industry that improves communities and takes its pledge not to market to children seriously,” wrote one advocate group. 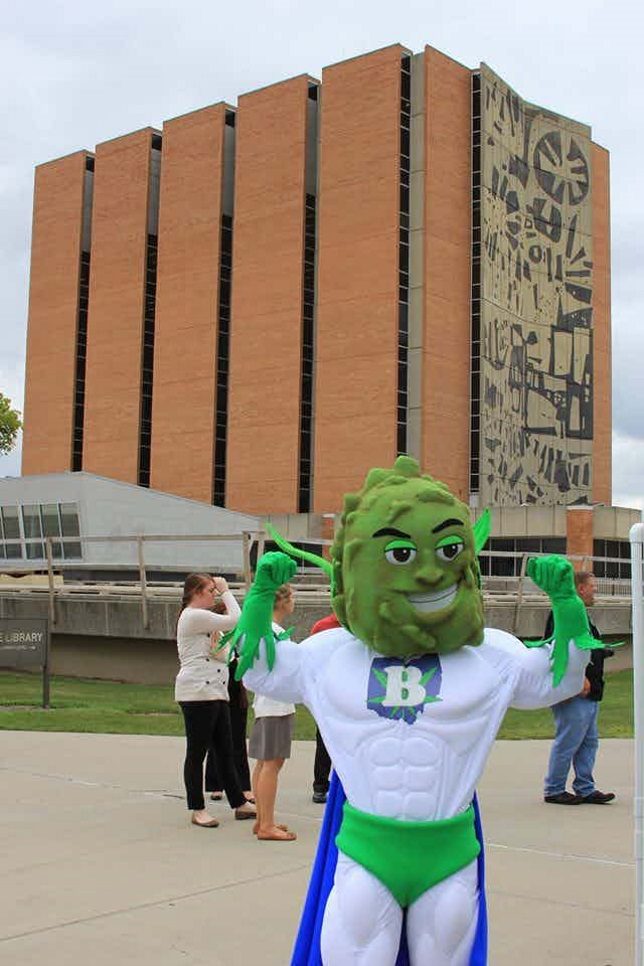 “If we don’t act, Buddie may become the Joe Camel of marijuana: a prime example of irresponsibility that opponents can point to, potentially stalling reform or even reversing the trend towards legalization.” Whoa man, harsh! 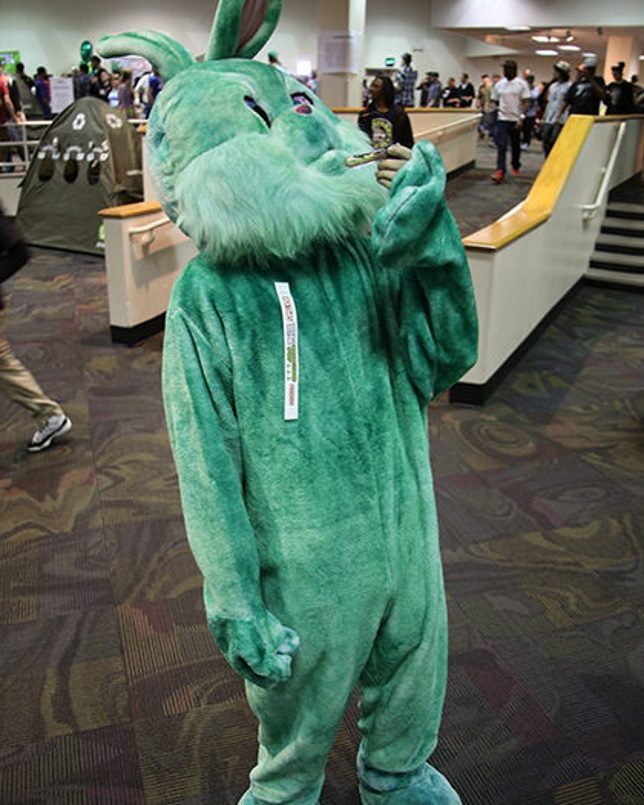 This is either a supremely stoned Easter Bunny or Jordy Verrill from Creepshow has really let himself go – and that’s saying something. Call it whatever you like; just don’t call it late for dinner – the event was the 2014 High Times Cannabis Cup competition in Denver (the Mile-High City), after all. 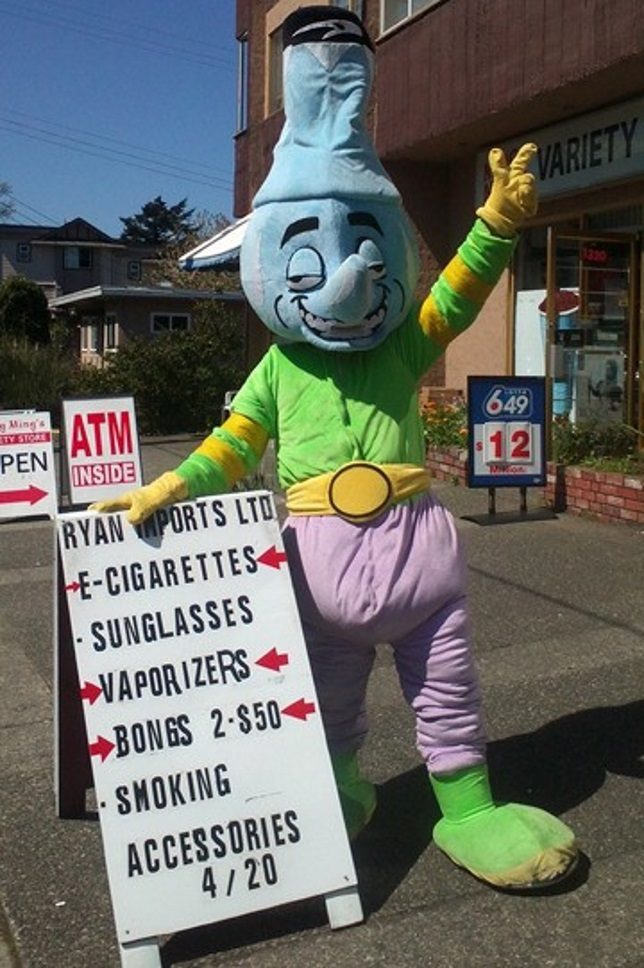 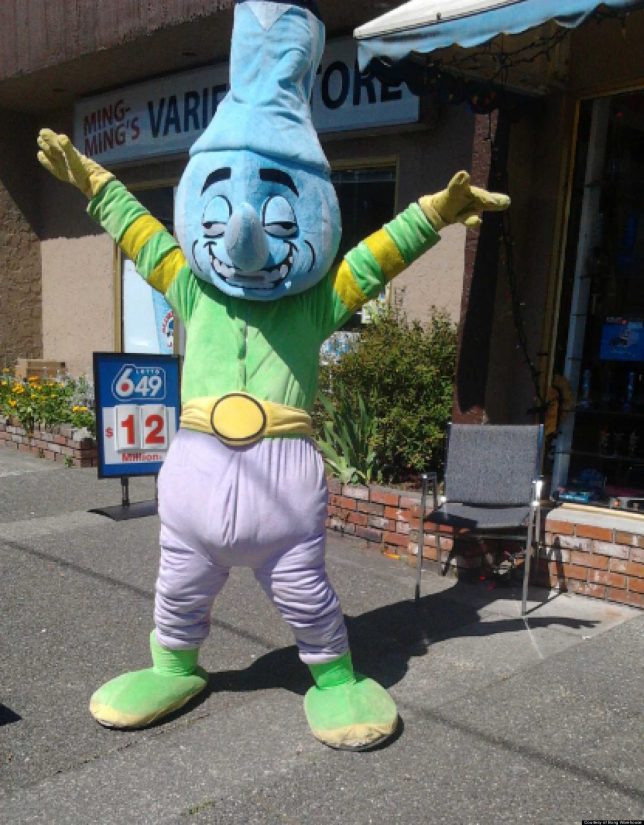 How bad can a mascot be before it’s banned? Ask “Bongy”, a leering hookah-headed cannabinoid-humanoid who disturbingly resembles a deformed smurf with a full diaper. That’s reason enough for banishment to, er, wherever it is banned mascots get exiled. Bongy was booted out of Esquimalt, British Columbia in 2013 after his appearances outside a local marijuana paraphernalia store were deemed an enticement to children. Huh, you’d think the kids would run for their lives after catching a glimpse. 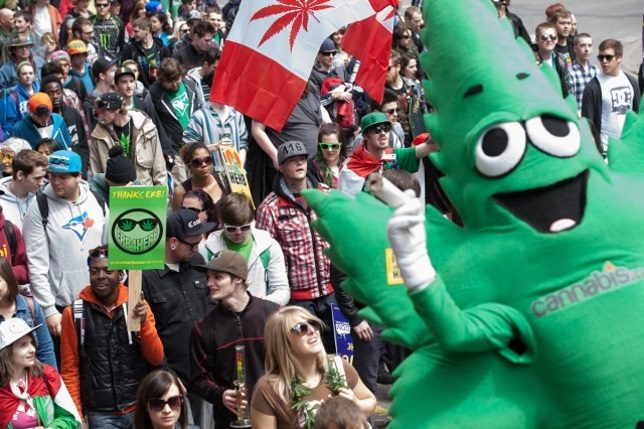 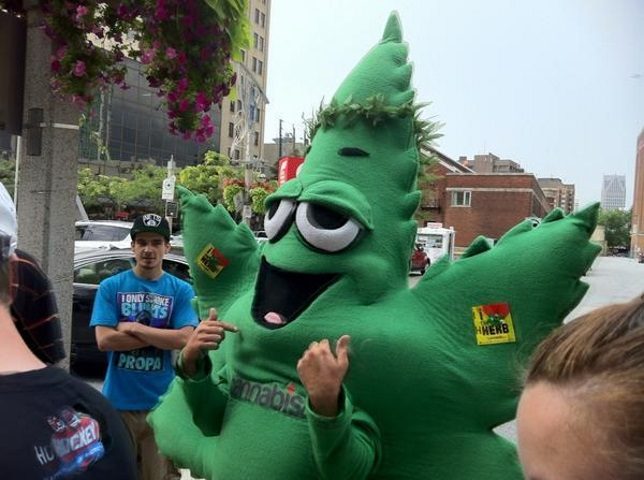 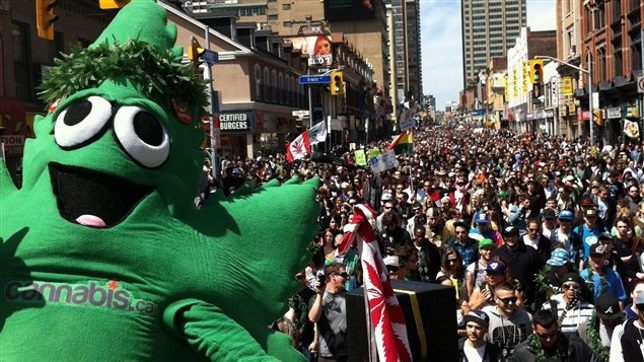 All fun and games aside, mascots are all about building brand identity and “The Herb” wears his sponsor’s name writ large upon his verdant chest. Like most budding (pun intended) marijuana-related businesses, Cannabis.ca wants to hit the ground running when July 1st of 2018 rolls around and Canadians get to enjoys the pros and cons of decriminalized weed.