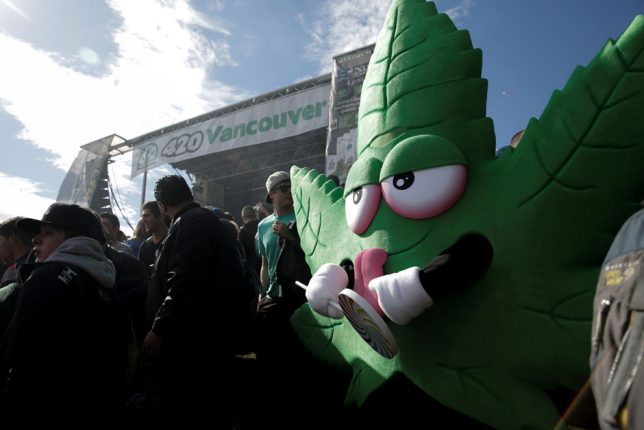 “420” aka April 20th has become as big an impromptu holiday for pot proponents as May 4th has for Star Wars fans. Can you imagine if they were held together? Hold that thought as we bring you an unnamed, lollypop-licking marijuana leaf mascot from this year’s 420 marijuana event held at Sunset Beach in Vancouver, Canada. Note the heavy-lidded, bloodshot eyes… that’s some potent lollypop there! 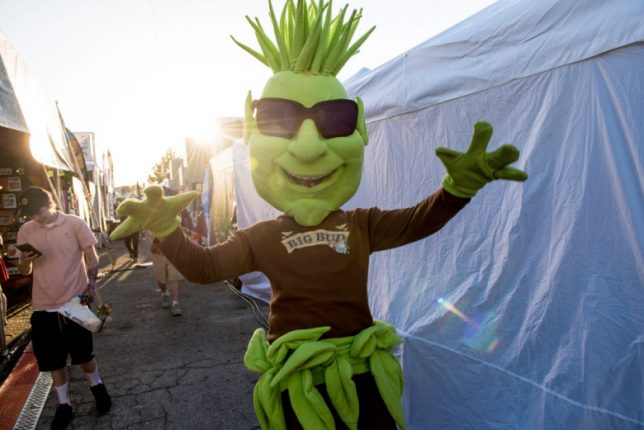 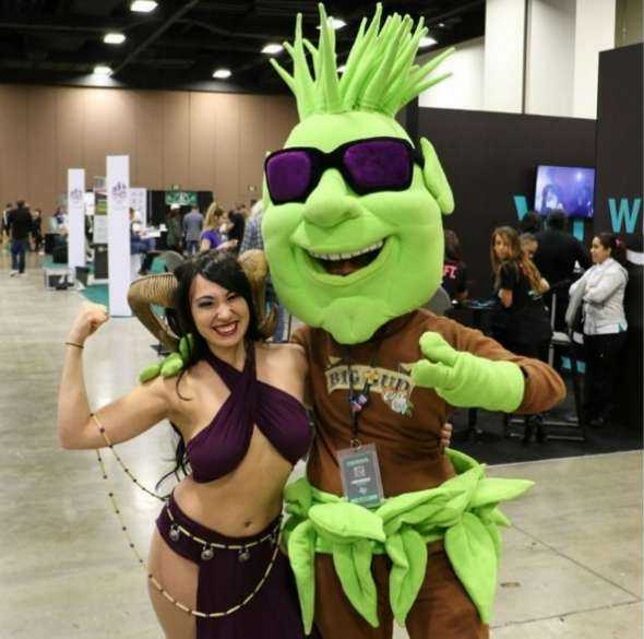 Beavis and Budhead? Big Bud may have taken a leaf from Buddie’s book but it doesn’t appear a Battle of the Buds is in the offing – more like a mellow-out-o-rama. In any case, Big Bud has turned up at a number of pro-cannabis events over the past several years including the 2017 High Times SoCal Cannabis Cup and the Southwest Cannabis Conference & Expo. The latter was held in Fort Worth the day after a Donald Trump rally in February 2016. From “Sad” to “Glad”, amiright? 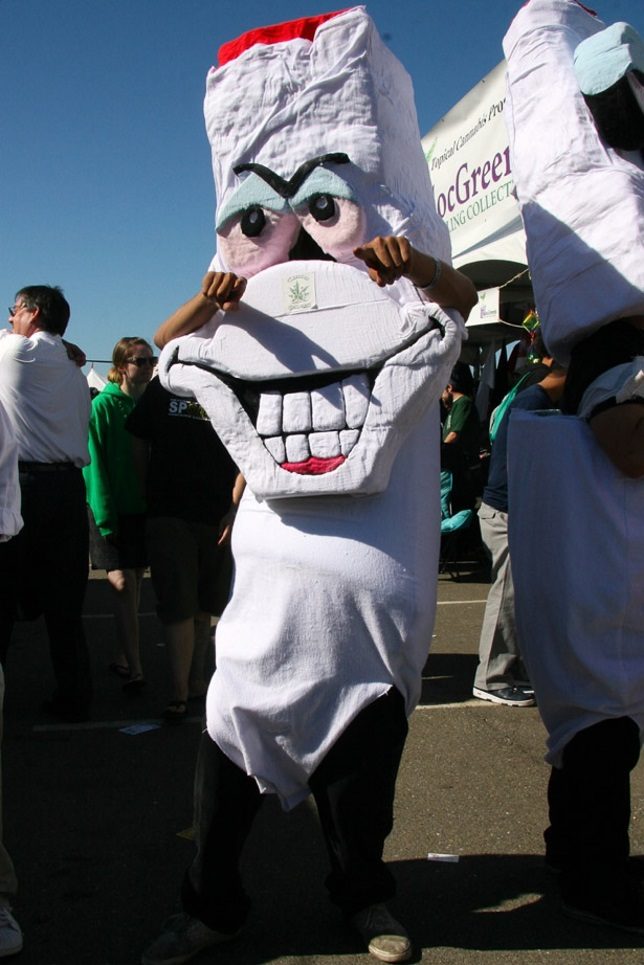 Don’t bogart me, bro. We’ll admit to not knowing this anthropomorphic joint’s name but we’re guessing you could do a lot worse than Spliffy. The walking, talking, towering inferno was spotted at the 2013 High Times San Francisco Cannabis Cup, presumably making an ash of itself. 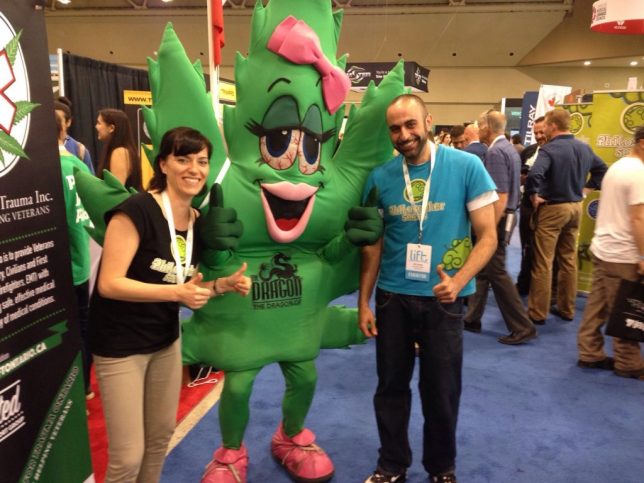 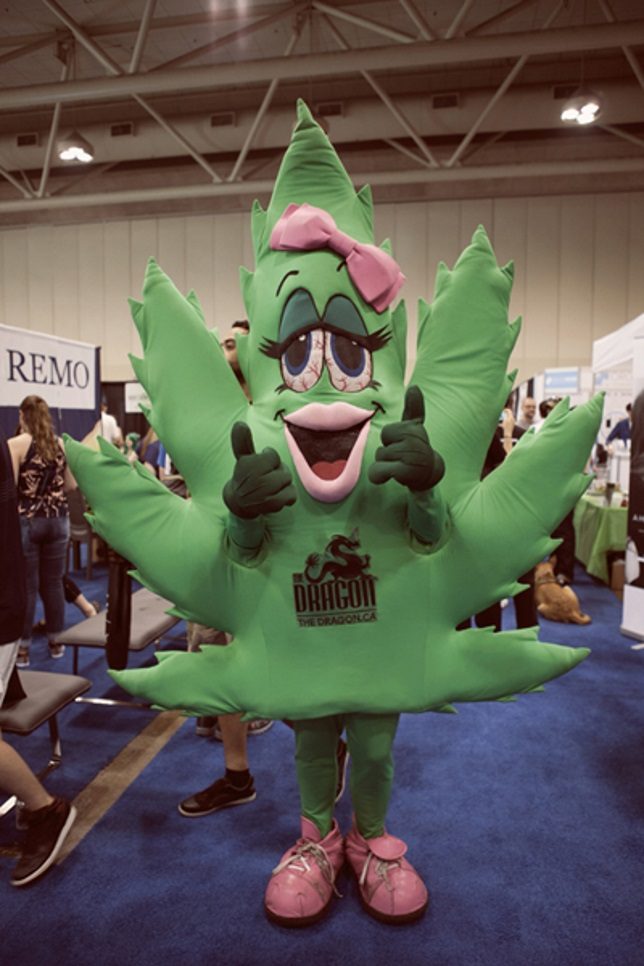 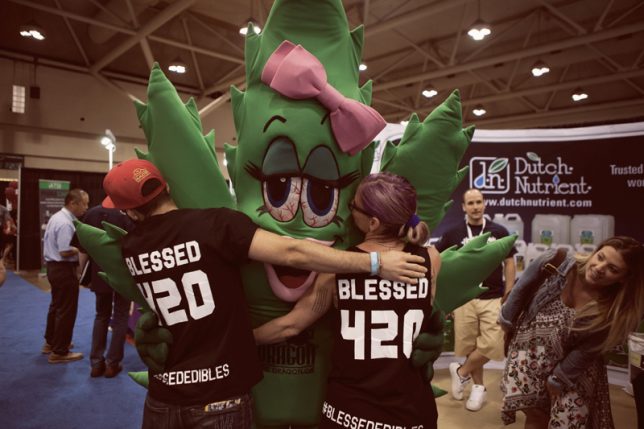 We’ve dubbed this mascot with a feminine name based on the pink hair-bow and matching shoes, NTTAWWT. By the way, shouldn’t an all-things-cannabis shop stock eye drops? Dragonette sure could need some.