Covering two sides of a three-story building in Rome, this ground-to-roof artwork is massive, even by the standards of a big-thinking street artist like BLU used to large-scale works. 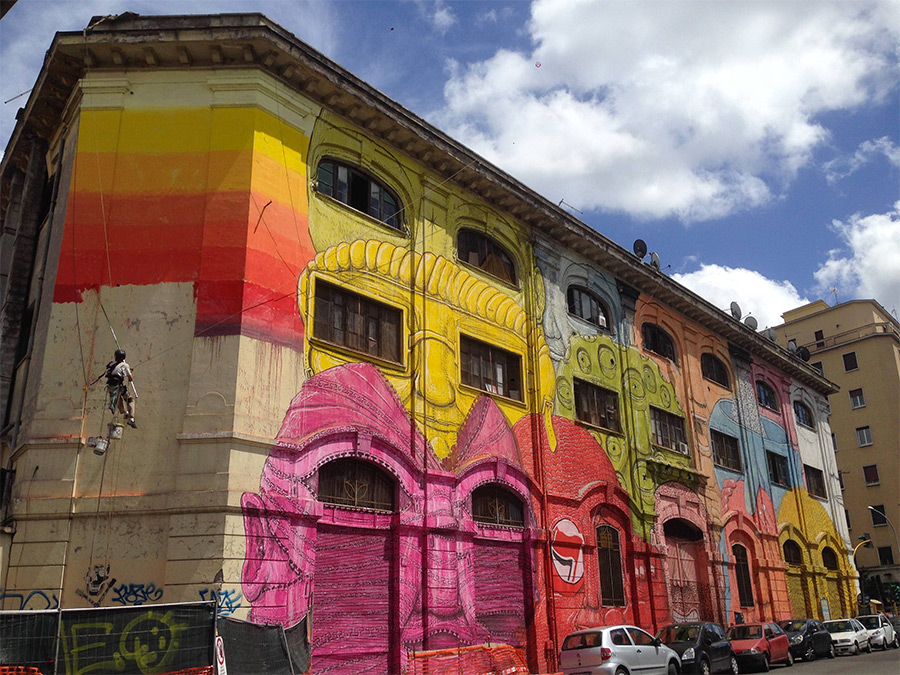 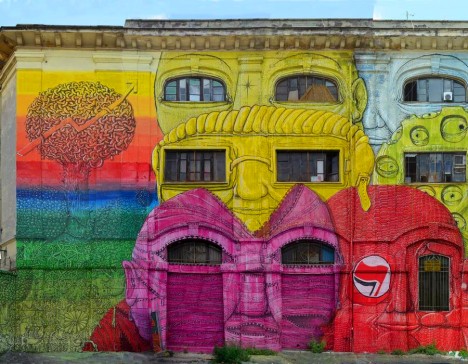 Various window and door openings are incorporated into colorful characters with a” rainbow range of painted personalities,” some of which play off of the existing architectural details or structural quirks of the building. 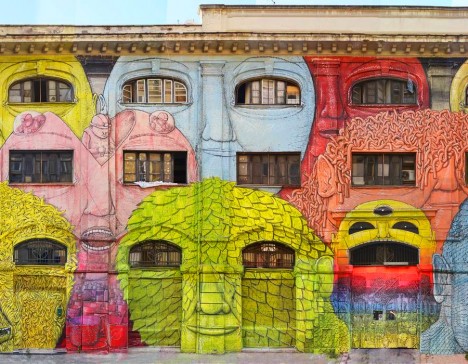 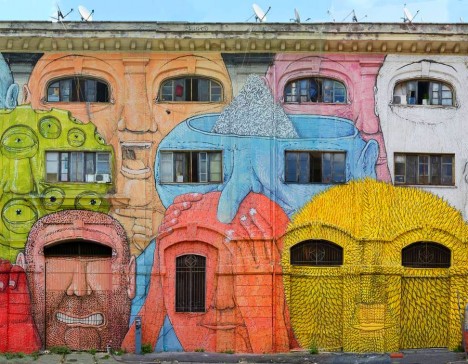 BLU lives in Bologna and has been active in the street art scene since 1999 – he is well-known for his large-scale works around the world. Like Banksy, he keeps his identity a closely-guarded secret. 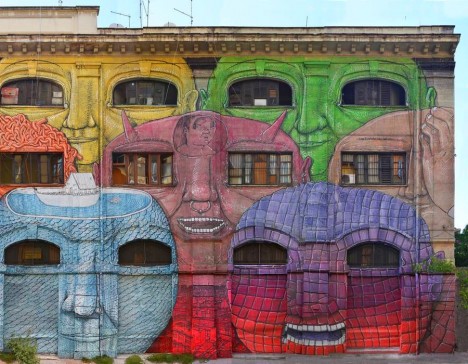 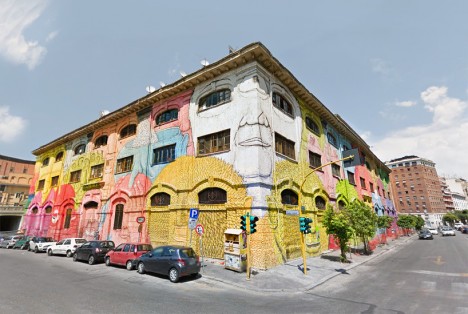 About the artist: “His graphic mania is directly proportional to the epic scale of his murals. His paintings seem to interpret the architectural language of public spaces and reinvent them into new shapes. Thus, his murals are never detached from the places where they were conceived because Blu is a painter in the landscape, urban or industrial. He always tries to communicate with the society which inhabits those spaces, searching for the uniqueness of each place.”