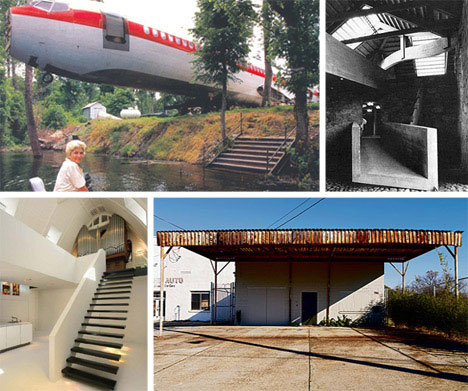 Adaptive reuse used to be a tactic of necessity – people didn’t have the time, energy or money to build something new so they made the best with what they had. Today it is a way to stand out, make a statement, go bold and try something completely different. From airplanes, chapels and garages turned into houses to airplane hangers turned into tropical rain forest resorts, the possibilities are essentially endless. Know of other recycled design or amazing architecture projects? Be sure to list them in the comments below! 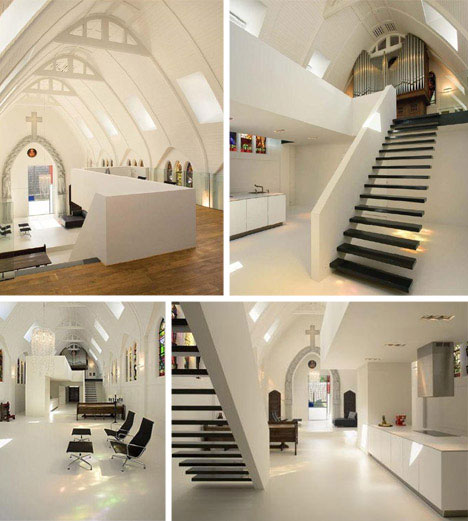 This Dutch chapel-turned-apartment very clearly shows its origins as a stunning chapel, yet is somehow also compellingly sleek, modern and ultimately residential (if spacious). The Dutch team of ZECC Architecten split this structure into two stories and the stained glass windows, rough-hewn stonework around the entryway and even the gigantic old church organ (wood, pipes and all) were retained while more modern furniture and architectural interventions were added and spliced to create unique visual juxtapositions. The net effect? Something far more austere than the original construction but ultimately also more home-like and modern. 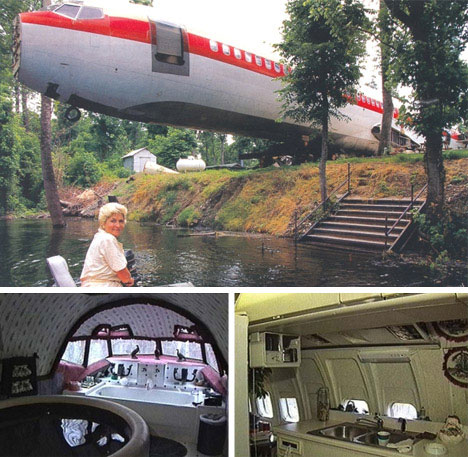 What could be better than an amazing house made out of an airplane? A cheap one. The plane itself cost just $2000, though moving it cost $4000 and renovating it for habitation took another $24000 – but that’s still just $30000 for a truly amazing and unique home. The original airplane fold-down stairs were kept and are operated by a garage door opener and one of the original airplane restrooms still works as it always did. And the cockpit suspended over the lake below? Her own personal jacuzzi of course. 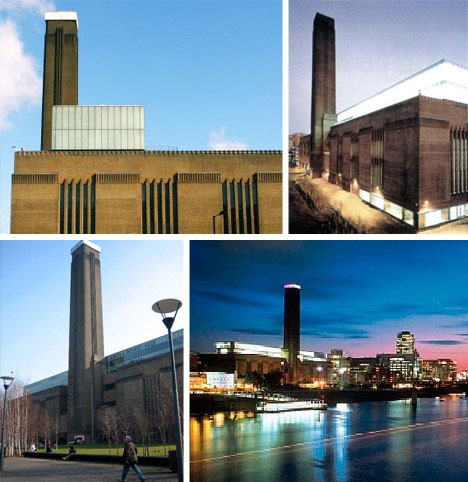 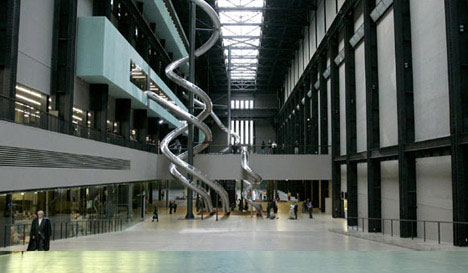 The Tate Modern Museum is a strange site on the London skyline – a contemporary art museum housed in the shell of a former power station. Internationally known for their creative use of materials and other adaptive reuse projects, architects Herzog and de Meuron made a conscious choice only to hint at the ultra-modern interior from the outside of the building. The 5-story Turbine Hall that once house the generators of the station now features gigantic works of specially-commissioned contemporary art by premiere artists from around the world. 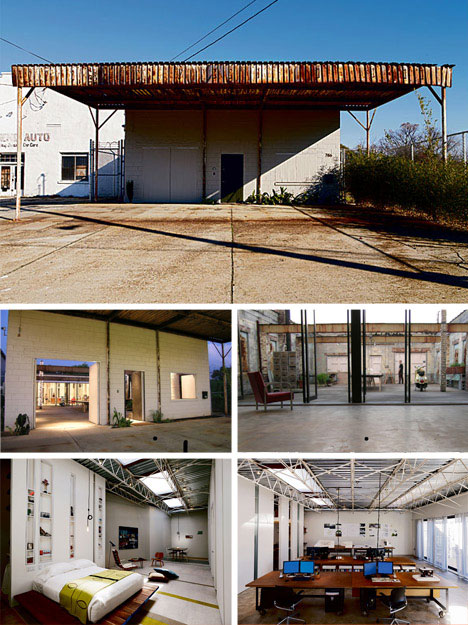 The Villa de Murph in Atlanta is perhaps the most homely and unlikely looking building to ever be converted into an architecture studio and residence by two ingenious designers. The result is both a stunningly attractive live/work space and an amazing portfolio piece to show potential clients what these architects can achieve with even the most unlikely of locations and structures. Property never comes cheap so when this couple saw this sad structure at $40,000 the price as about as right as it could be. Rather than tear it all down and start anew, however, the designers saw amazing adaptive reuse potential in a building that most people would have wrecked the moment they bought it. 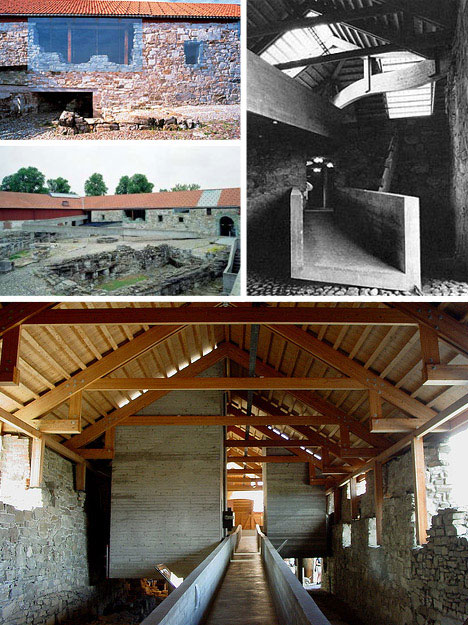 The Hedmark Museum in Norway sits on a site with an amazing history of structures – pieces of each of which are still intact today. It has parts of a Romanesque cathedral that was later converted to the Gothic style with building elements dating back to the 1500s. Rather than simply leaving these uncovered ruins to weather or putting them in an inaccessible box, however, architect Sverre Fehn chose to expose and celebrate these aged architectural elements and bring visitors right up through them. He chose mostly light-weight materials like wood and glass to contrast with the aged stonework and create a clear visual separation of old and new in the process. The result is a compelling contrast of time and place. 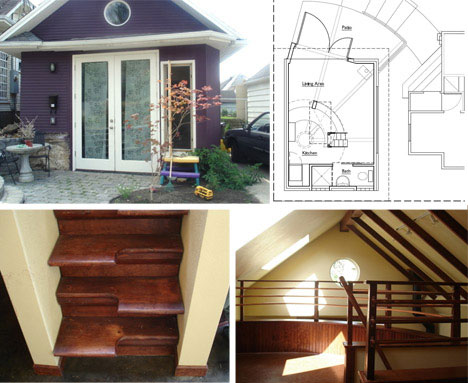 A garage is probably the most ubiquitous building type you never thought to turn into a house. It might sound like a small project for an adventurous resident of Portland, Oregon, but the city was none-to-pleased with granting permission to for this industrious adaptive reuse design. Once permission was granted, however, the architect clearly had an interesting challenge to make an uninteresting building cozy, functional and somewhat unusual in its appearance. Clever devices like split stairs and an angled front entry make the small space work on a practical level as well as an aesthetic one. 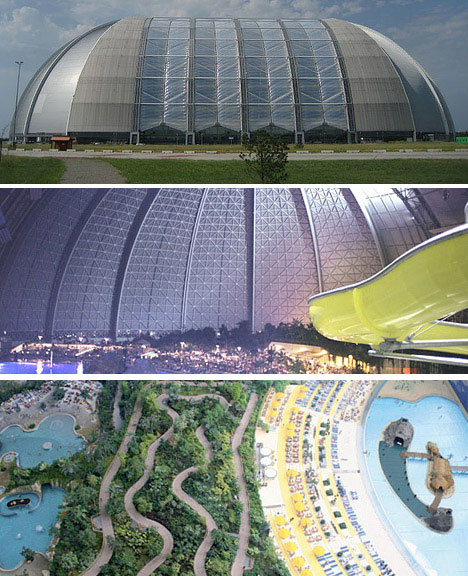 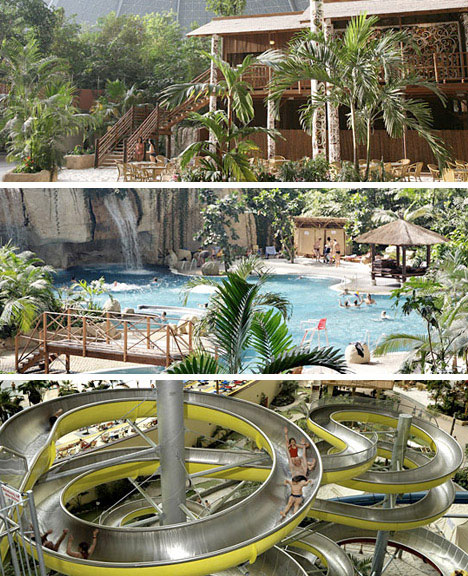 The Tropical Islands Resort is the result of the creative adaptive reuse of an old airplane hanger into the world’s biggest indoor tropical pool complex and water park. The hanger, located near Berlin, is 1000 feet long, 600 feet wide and three hundred feet high and is completely unencumbered by interior structural elements – it is essentially one gigantic interior space. The place contains everything one would expect on a tropical island: artificial sun and rain forests, beaches and palm trees and (somewhat kitchy to be sure) even fake bird recording to simulate the experience of actually vacationing in the tropics.