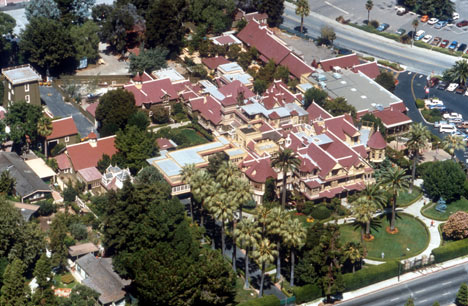 Not all well-known houses are famous because of their stunning architecture. Some houses receive attention because of the alleged paranormal activity that goes on there. From sites of suicides to the eventual sets of ghost-hunting television shows, here some of the (supposedly) scariest haunted houses and hotels from around the world. Also see more from our complete collection of  70 Amazing Houses from Around the World.

(image via: North of the Tyne)

Chillingham Castle has been used as a monastery, a military stronghold, an army barracks, and a private residence. During the days of William Wallace, it played a crucial role in England’s defense and was the site of untold amounts of unspeakably gruesome torture. It’s said that you can still feel the presence of those who were tortured and killed here, and Chillingham Castle is often referred to as one of the most haunted places in Britain.

The Whaley House claims to be the most haunted house in the United States. It is located in San Diego and once housed several different businesses and a court house. It was also, at different times, the scene of a hanging and a suicide. The house has been a museum since 1960. Since then, visitors have reported seeing the ghosts of the man who was hanged, the master of the house, and the lady of the house wandering the halls. People travel from far and wide to see this historic building and the mysteries inside. 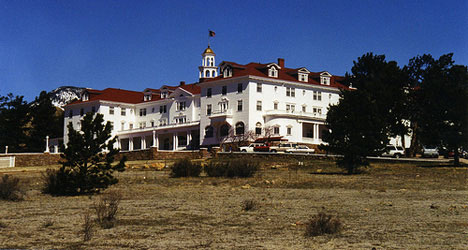 The Stanley Hotel may seem familiar, especially if you’re a Stephen King fan. King was staying here when he developed the idea for his book The Shining. Later, the television miniseries based on the book was filmed at the Stanley. Even more interesting than its connection to Hollywood is the Stanley Hotel’s multitude of ghosts. Guests have seen the ghosts of the hotel’s original owner and his wife, along with various other apparitions. Employees and guests have often reported hearing strange noises from unoccupied rooms or seeing the piano in the parlor play by itself. 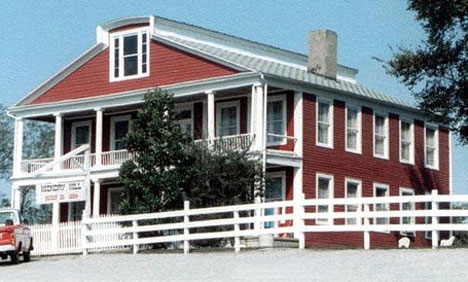 The Crenshaw House, built in 1838, is most often referred to as the “Old Slave House.” This home was the residence of John Crenshaw, who committed shocking acts of cruelty within its walls and without. As a landowner and salt mine owner, Crenshaw was in need of cheap labor to keep his businesses running. His solution was to kidnap black men, women and children – mostly freed slaves – and force them to work for him. They were kept in the third floor of the Crenshaw house in tiny, cramped cells. They were bolted to the floor and beaten mercilessly. After the Crenshaws moved out of the house, the new owners began to experience paranormal activity. The souls said to occupy the house are those of the brutally tortured slaves once held captive within. Almost everyone who has tried to spend a night in the attic has run terrified from the house before morning. The house was once open for tours, but is now owned by the state of Illinois and closed to all visitors.

The Winchester Mystery House story begins and ends with ghosts. In 1881, William Wirt Winchester, founder of the Winchester Repeating Arms Company, passed away. He left behind his wife, Sarah, who had never quite been the same since her only child died 15 years earlier. Shortly after his death, Sarah visited a medium to contact her dead husband. Reportedly, William Winchester told his wife that there was a curse on their family. William’s inventions had taken countless lives, and the ghosts of the dead were coming for Sarah. William’s ghost informed Sarah that in order to stay alive, she had to go West, find a spot, and start building a home. If she ever stopped building, William warned, she would die. Sarah settled in San Jose and began building on a 162-acre parcel of land. She kept carpenters and architects at work every single day. From 1884 to her death in 1922, Sarah built constantly. Eventually the house grew to approximately 160 rooms and is referred to as a “labyrinth.” There are useless features, such as stairs that go up to the ceiling, and it has been said that it’s nearly impossible to find your way around. Some say that the ghosts who followed Sarah Winchester to the home can still be seen there today. The house is now a California landmark and guided tours are offered. 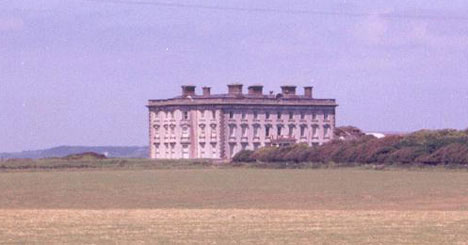 Loftus Hall has a long and fascinating history of hauntings. The first home to stand on this side was Redmond Hall, built in 1350. The original Loftus Hall was built on its ruins, then demolished in 1870 and the building that stands today was built. Legend has it that when a stranger came riding through in the mid-18th Century and asked for shelter for the night, the family living in the home agreed. When one of the ladies dropped a playing card during a game, she bent over to retrieve it and noticed that the stranger had a cloven foot. The stranger immediately disappeared, leaving a hole in the ceiling that is said to still exist today. After that encounter, the young lady who noticed the cloven foot, Anne Tottenham, fell very ill and eventually died. The house continued to be plagued by supernatural occurrences and poltergeist activity. The family asked a priest to perform and exorcism, and presumably the poltergeist activity stopped. However, it is said that the ghost of Anne Tottenham still roams the house. Due to constant vandalism, the vacant house is now closed off and the windows and doors are boarded over. 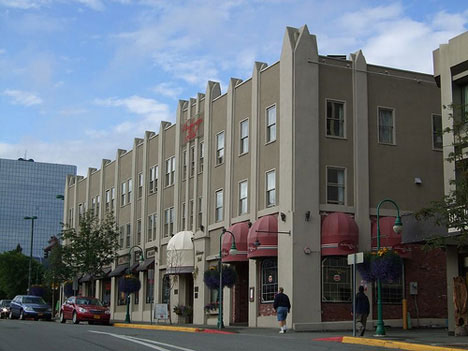 The Historic Anchorage Hotel may not look like a haunting hotspot, but employees and former guests say that seeing a ghost there is not at all unusual. Most notable is the ghost of an abandoned bride, who hung herself in the hotel, in her wedding dress, when her intended husband failed to show up for their wedding. Guests have also reported seeing pictures fly off of walls, shower curtains ruffle unexpectedly, and various specters appearing in the rooms and the halls. The hotel’s employees are so used to these reports that they keep a “ghost log” to track the sightings.

New Orleans is widely regarded as the most haunted city in the United States. People in the Big Easy talk about ghost sightings the way people in other cities talk about going to the grocery store. There are many haunted houses and other attractions in the city that promise to put you up close and personal with spirits. One of the lesser-known haunted houses in New Orleans is the Beauregard house. It was once the home of General Pierre Gustave Toutant Beauregard, an important general of the Confederate Army in the Civil War. After his death in 1893, the house was quiet for many years. It was purchased in 1909 by the Giacona family and later was the scene of a mob-related shooting that left three men dead. The Giaconas moved out in the 1920s, and two decades later the first reports of supernatural activity began. Oddly enough, the reported hauntings have nothing to do with the Giaconas, but rather with the General. Various people claimed to have heard Civil War-era weapons being discharged in the house. This story is especially odd since no battles ever took place anywhere near the house. The only ties it has to the Civil War are the General’s occupancy and the Civil War museum that now fills the house. Tour guides for the house claim that no supernatural activity has ever taken place there and that the Civil War sounds are simply urban legends.

These are just a few of the famously haunted houses and hotels that dot the landscape of the entire world. Which other haunted houses scare you silly? Let us know in the comments below.