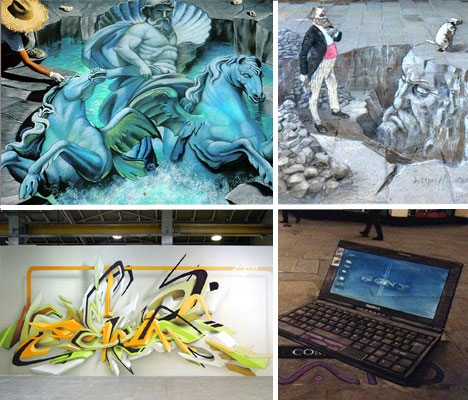 3D graffiti, whether it’s in chalk or paint, on walls or the street, represents a new way of combining the mastery of Renaissance art techniques with the gritty, ephemeral qualities of amazing street art. These 3D street artists gives graffiti a whole new meaning – one that departs from the conventional interpretation of graffiti as vandalism in the form of images and letters scrawled on public property. Artists like Kurt Wenner, Eduardo Relero and Tracy Lee Stum create street art that is so incredible it is almost impossible to pass by without being sucked in to the worlds they create on asphalt and concrete surfaces. From sidewalk sketches to wwesome wall murals, you simply must see some of their awesome work below (then check out our collection of 100+ Works of Creative and Geeky Art and Graffiti). 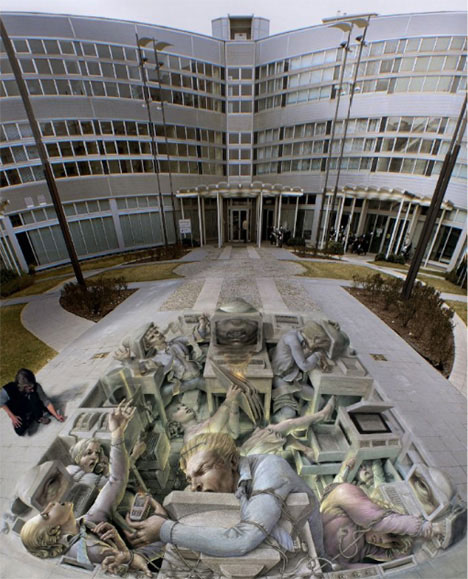 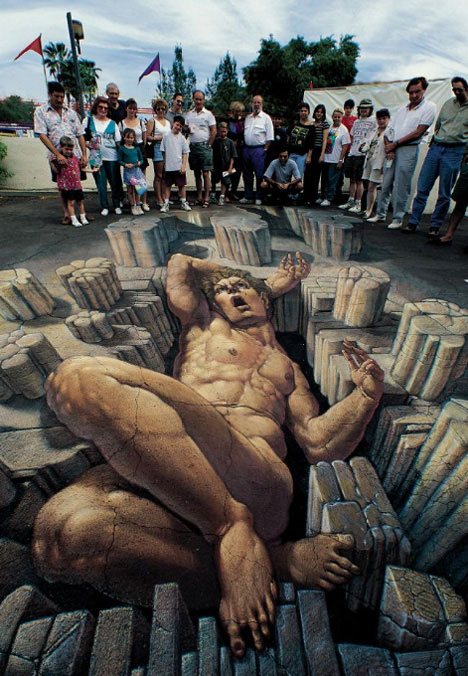 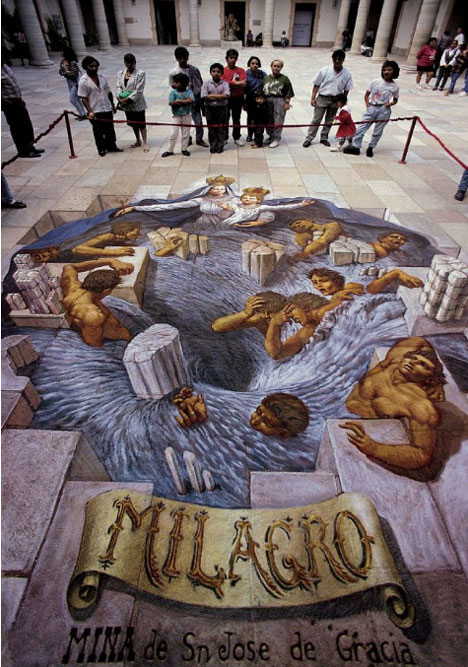 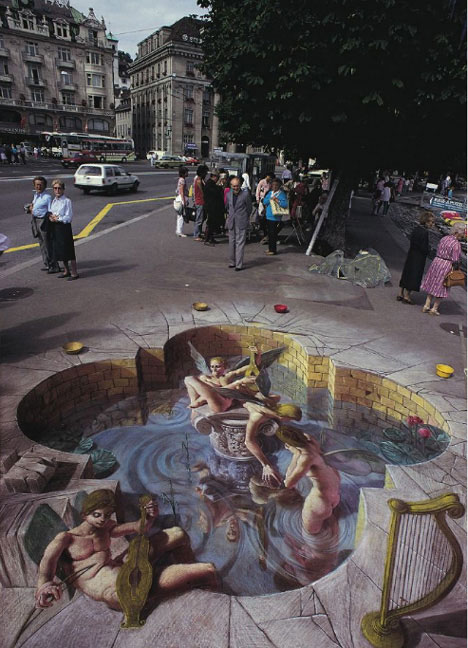 Kurt Wenner‘s ability to transform Renaissance classicism into 3D street art is unparalleled and has made him the top anamorphic street painting artist of our time. Kurt aims to “reinvent classicism for a new age”, bringing his talent for realism to the streets, literally, having invented a pictorial geometry that corrects the specific distortion caused by viewing his street paintings at an oblique angle. A former NASA illustrator, Kurt has had his work featured in a lengthy list of articles, television features, ads, and documentaries. 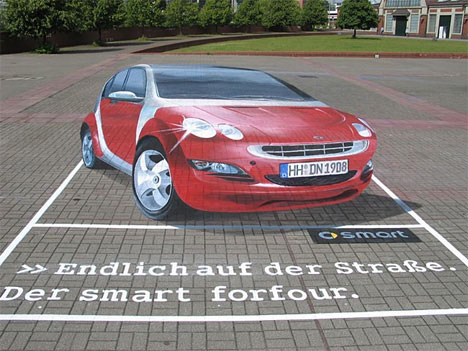 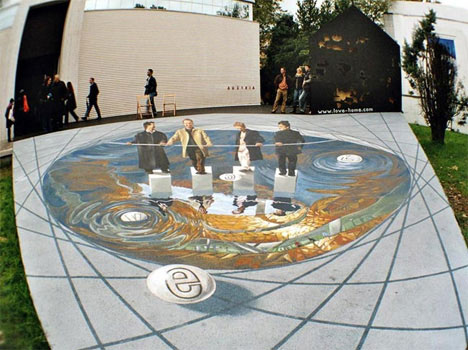 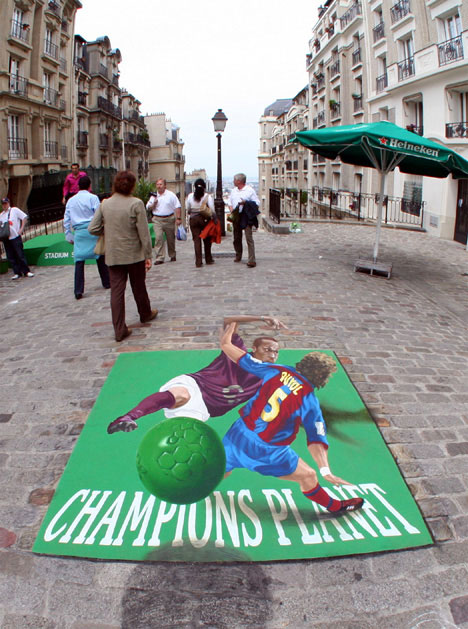 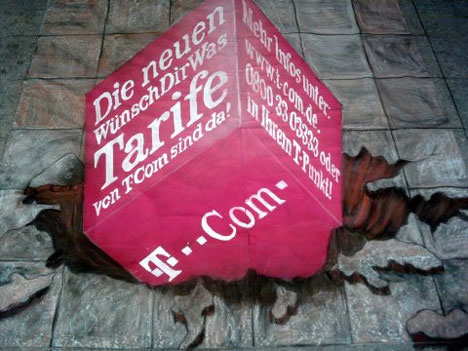 Edgar Muller and Manfred Stader are a German team of street painters. Much of their work is in the 3D anamorphic style, but both of them often create traditional street paintings in a style that mimics the detail and realism of the Renaissance and Baroque periods. Their background in realism gives them an incredible advantage as anamorphic street painters, as evidenced in their “River Street” work and the paintings above. Stader and Mueller have won many street painting competitions, and have taught street painting at universities. 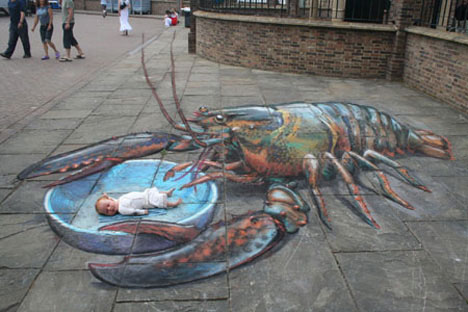 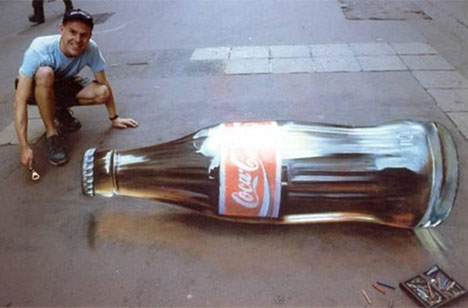 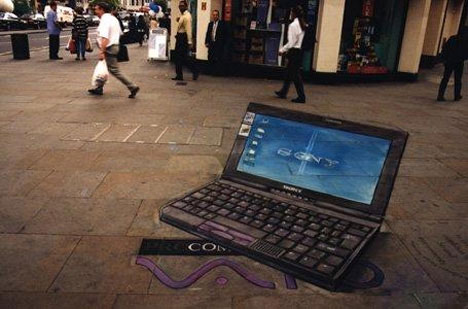 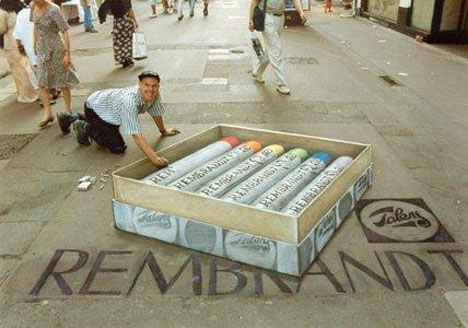 Julian Beever’s world-renowned sidewalk chalk drawings have been a viral hit all over the internet, and it’s easy to see why: he’s a master of the anamorphic technique, which he’s been perfecting since the mid 1990s. Each of Julian’s creations typically take a full day to complete, and by the next day they’re just a memory, washed away by rain or walked upon by pedestrians. The English artist has been given the nickname “The Pavement Picasso”, and he continues to work all over the world. 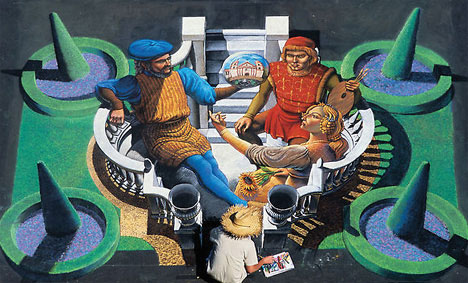 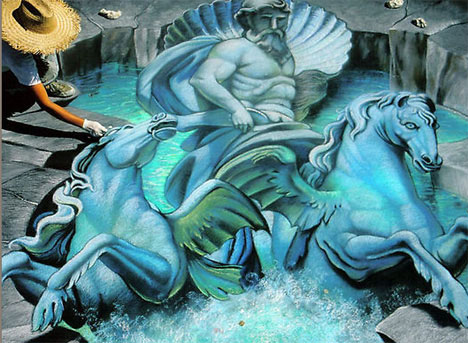 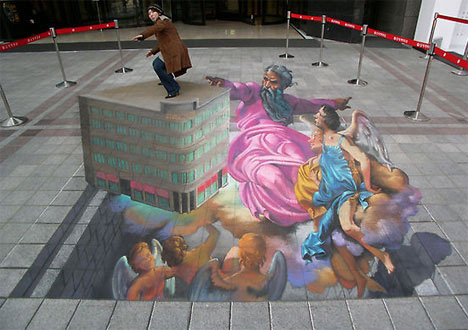 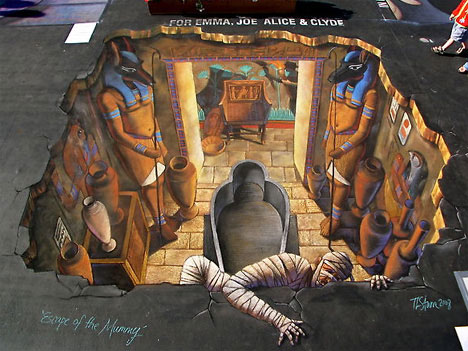