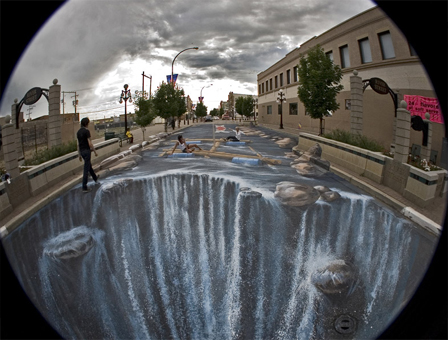 Most people tend to think of graffiti as subversive art spraypainted in the dead of night on urban walls. Some artists, however, including Edgar Mueller, Julian Beever and Kurt Wenner, defy that stereotype, painting and chalking openly on city streets and sidewalks. Beyond merely entertaining crowds, their work has at times even broken world records. These street art images and biographies merely scratch the surface and begin to convey their amazing artistic talents. 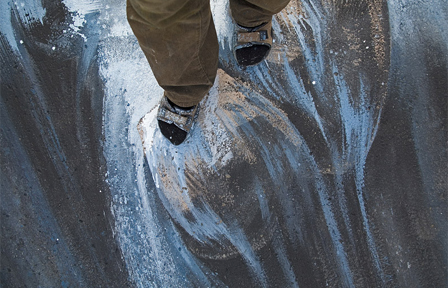 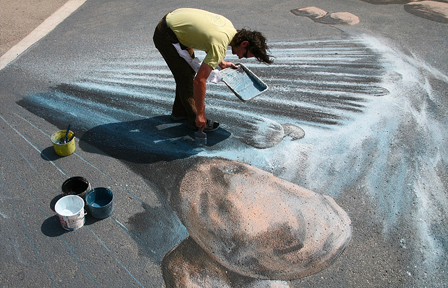 Edgar Mueller is a world-famous street painter, perhaps best known for the above work: The Riverstreet River. At nearly 1000 square feet, this graffiti mural took up an entire city block. His other works often exhibit similar life-like qualities and take on renaissance themes. 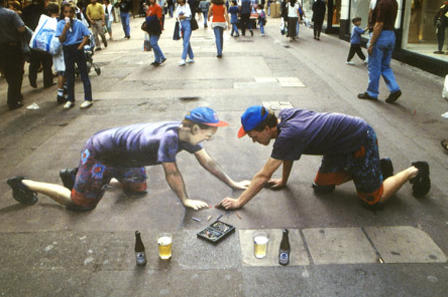 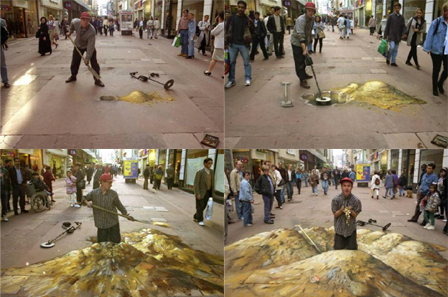 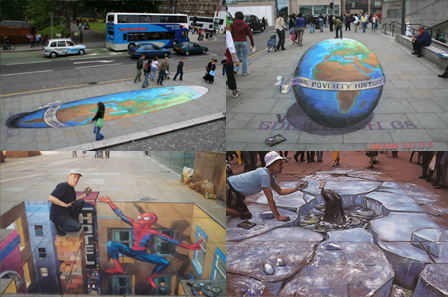 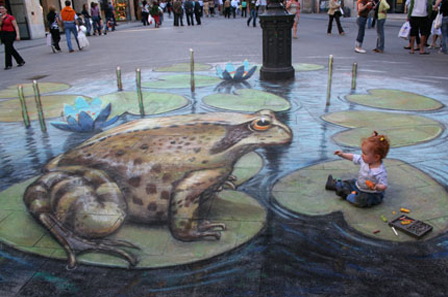 Julian Beever is a sidewalk chalk artist whose work has appeared all across Europe. He skillfully and humorously plays up his illusions in a variety of ways, from interacting with the finished piece to making his street art’s evolution part of the work itself. Clearly, his artworks are as much intended to entertain himself as it is to dazzle the crowds that gather around them. His other street graffiti includes renderings of master artworks and pastel portraits. 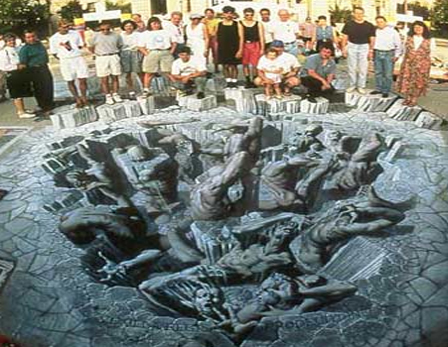 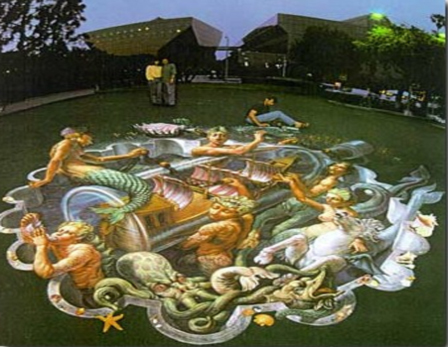 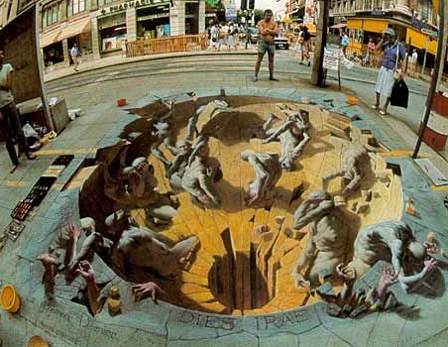 Kurt Wenner‘s amazingly detailed street artworks conjure images of both Baroque religious murals and a Salvor Daliesque surrealism. They are somehow less tame than Mueller’s work, and far less playful than the art of Beever. Wenner is also an architectural designer in the US and Europe, fascinated with classical ornament tied to allegories and myths as well as literature and theater. 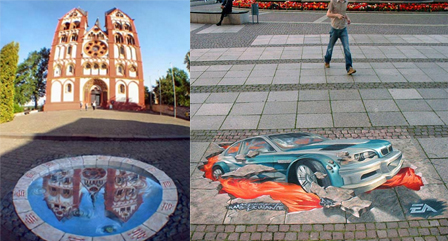 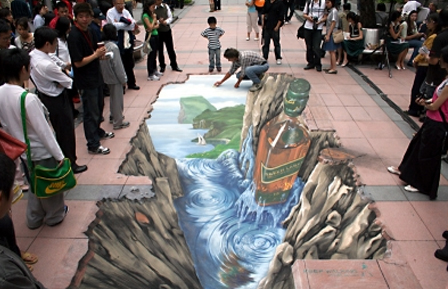 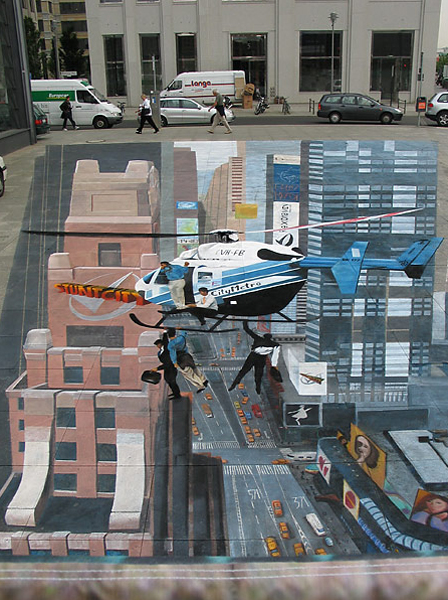 Runners Up featured in the street art images above come from around the world. Two are commercial pieces for Johnnie Walker in Tapei and EA Games in Italy, respectively. The lower work was a collaborative piece by four German artists, featured on Potsdammer Platz in the very heart of Berlin. For other alternative forms of creative urban street art, be sure to check out these articles on light graffiti, glowstick graffiti, reverse graffiti and guerilla marketing.

And: World’s Most Amazing 3D Artists