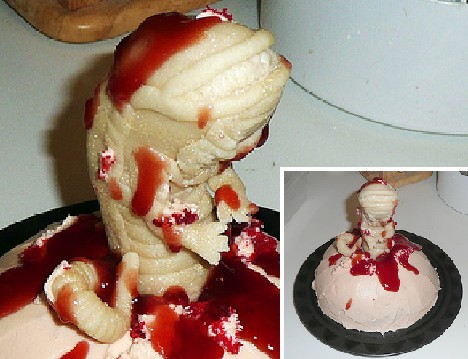 Yes, it’s the “Baby Alien” cake, created for some geekette’s baby shower by Zarathud, a cake-maker with an unearthly sense of humor. That’s one weird kid and he/she’s not even born yet! The alien shown bursting from the flesh-toned body of the cake is made of marzipan and drips bright red raspberry “blood”.

Reluctantly leaving the world – universe, even – of entertainment, the following cakes stick tightly to the ribs of every geek’s obsession: computers. Comp cakes are a dime a dozen but it takes a capital G Geek to appreciate the Motherboard cake depicted above left. The clincher? Chorltan, whose wife baked the sugary circuit board says “I did a google search and could not find any other references to such a thing.” Sorry Chorltan, you should have adjusted your search parameters… it seems your birthday surprise is not the mother of all motherboard cakes. 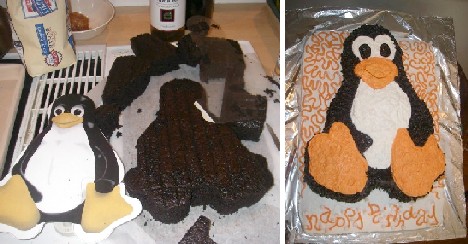 There are hardware geeks and there are software geeks, linked by their love of cake. Even so, one can’t expect a Linux lover to enjoy a Windows cake, birthday or not. For those who follow the cult of the penguin, the Tux cake above is just the thing. Handle with care – Ubuntu, you buy it. 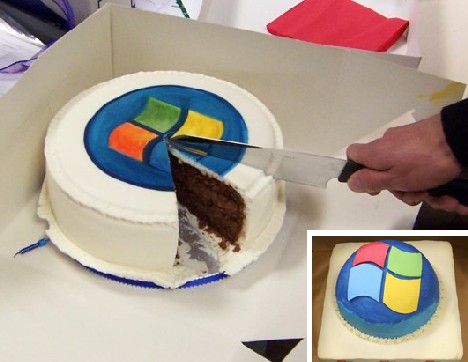 Speaking of Windows, the much maligned Vista operating system recently celebrated it’s first birthday and the occasion called for a Vista cake… and not just any cake would do. One must assume the knife-wielding server either hates Vista or loves cake – or maybe both. In any case, Vista’s bright and colorful logo has inspired more than a few cake-making attempts that, like its namesake, have been known to fall flat when the heat is on. 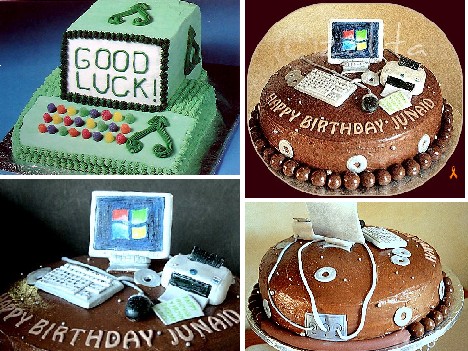 Computers themselves are favorite subjects for geeks of all ages. Decorating options range from whimsical gumdrop keys to factual representations that go for accuracy down to the cables and connecting ports. 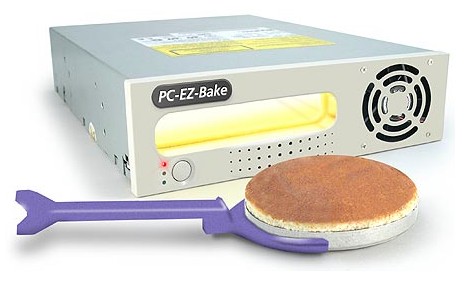 Perhaps the ultimate geek cake would be one baked not in the oven, but IN a computer! While it may look more like a pancake than a cake baked in a pan, what comes out of the cheekily named PC-EZ-Bake Drive will pass the taste test for any student cramming for an exam. That is, of course, if it were real – and it’s not. Full props to the ThinkGeek geeks for the concept though! 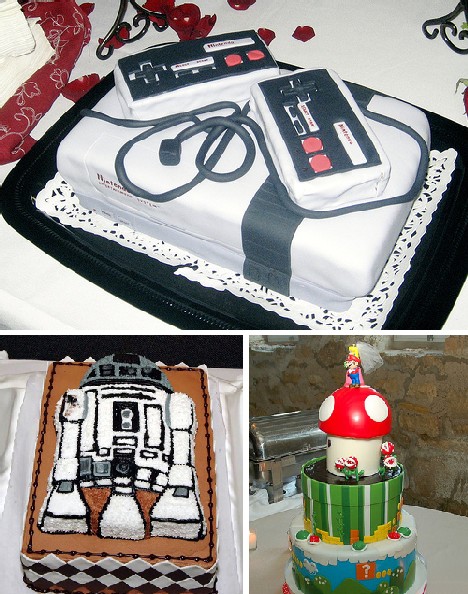 Birthdays don’t have a monopoly on cakes and geeks do grow up and get married… well, some do. Those with exceedingly tolerant fiances or, wonder of wonders, are marrying their opposite-sex geek counterpart might want to consider a wedding cake that reflects their mutual interests. Forget the champagne, these geek wedding cakes are best served with Benderbrau or Botweiser. 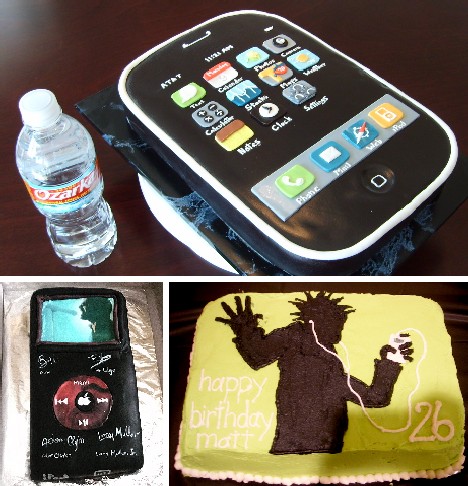 The award for Most Obvious name goes to… the iCake. Apple’s iPhone, not to mention the company’s other i-products, lend themselves particularly well to cake design and there are a huge variety of them out there. Some are better than others and the precise design above (beside the water bottle) is one of the most elaborate.

Just in case ones hunger for geek cakes remains un-sated, the above video by Science Junkies covers some of the best and a lot of the rest, set to the sweet sounds of Daft Punk. It’s the icing on the cake!