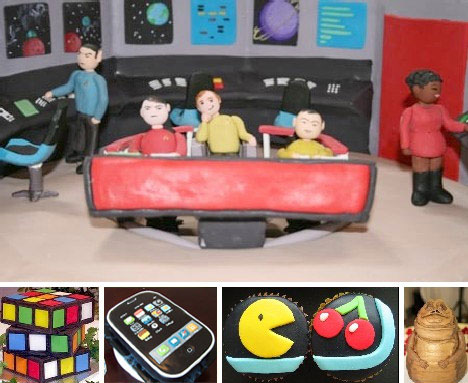 Even geeks, believe it or not, like to party, and this sweet selection of artistic confection showcases the many ways geeks can have their cake and eat it too – with or without an .exe file baked inside. No, these cakes are not a lie (if you don’t get the reference, you may still be a geek.) 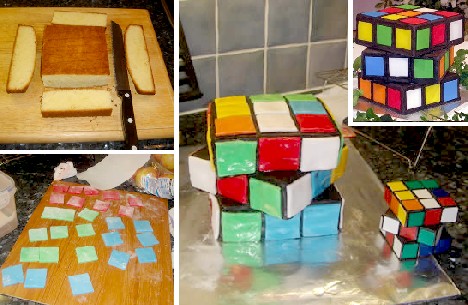 (image via: Pimp That Snack)

Before there were comps, there were cubes… Rubik’s Cubes. This 1980s icon of geek culture is still going strong today, and the above colorful concoction would make a great celebratory centerpiece for a speed-cubing competition. 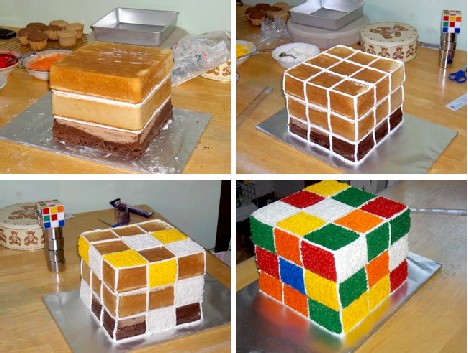 (image via: Scribe of Dreams)

This slightly simpler Rubik’s Cube cake above has Butter Pecan cake and Chocolate cake on the inside, covered (slathered might be a better word) with lots of colorful icing. The generic style of this cake along with the lack of lettering makes it ideal for any geekish occasion, not just a birthday.

The first arcade video games changed the way youth culture looked at computers, free time and quarters… by combining them! Tetris, Space Invaders and Asteroids have all been immortalized in one way or another, but perhaps not as deliciously as the Asteroids cake shown above. What better way to savor the sweet sense of victory than by eating the high score? 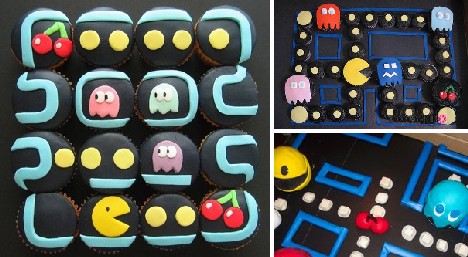 Pac-man is another early videogame that, thanks to the design of the game and the characters, lends itself to creative constructions of all kinds. The baked desserts from (above, clockwise) Cakehead, Elanso and DandelionDesign look too good to last long without being gobbled up. 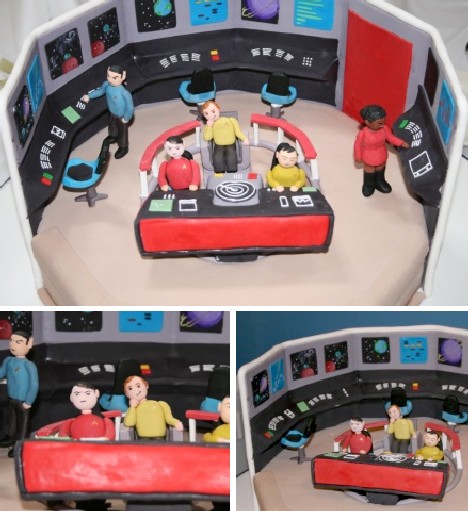 Movies and TV are also great fodder for geek cakes, especially sci-fi and that means Star Trek and Star Wars. Trekkies giddy to go where no man (or “no one”, for TNG fans) has gone before will find themselves transported with glee when presented with this, er, enterprising creation. Check out the detail, down to Kirk’s casual pose and Spock’s Vulcan ears.

For those with less time and considerably less obsession, the above pair of Trek cakes convey the message without going all Neelix-like in the kitchen. Galley. Whatever. “Live Long and Prosper” is actually an ideal birthday wish, regardless of its geeky origins. 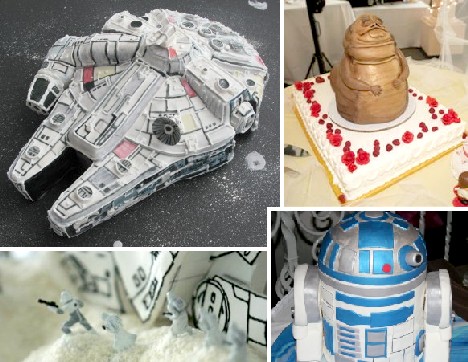 Star Wars has its own set of geek fans and some of the larger creations pack enough sugar, carbs and cholesterol to make Darth Vader turn pale. Get ready to chew-bacca like Jabba on these sinfully delicious cinematic cakes, and… may the forks be with you! 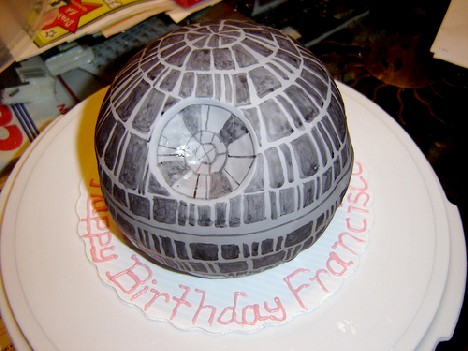 If Mom made you a Death Star birthday cake, you might want to have li’l sis taste test it first. Seriously, the Death Star? On your Birth Day? Well, things could always be worse…