Set against the New York City skyline, the house from Alfred Hitchcock’s Psycho has never looked more out of place, elevated high above the treetops on the roof of the Metropolitan Museum of Art. British artist Cornelia Parker faithfully recreated the home from the 1960 horror classic as a summer addition to the Met’s rooftop garden, using wood and steel roofing reclaimed from a rural barn to give it that authentic dilapidated feel. The ‘PsychoBarn’ exhibit opened this week and will be in place through October 31st. 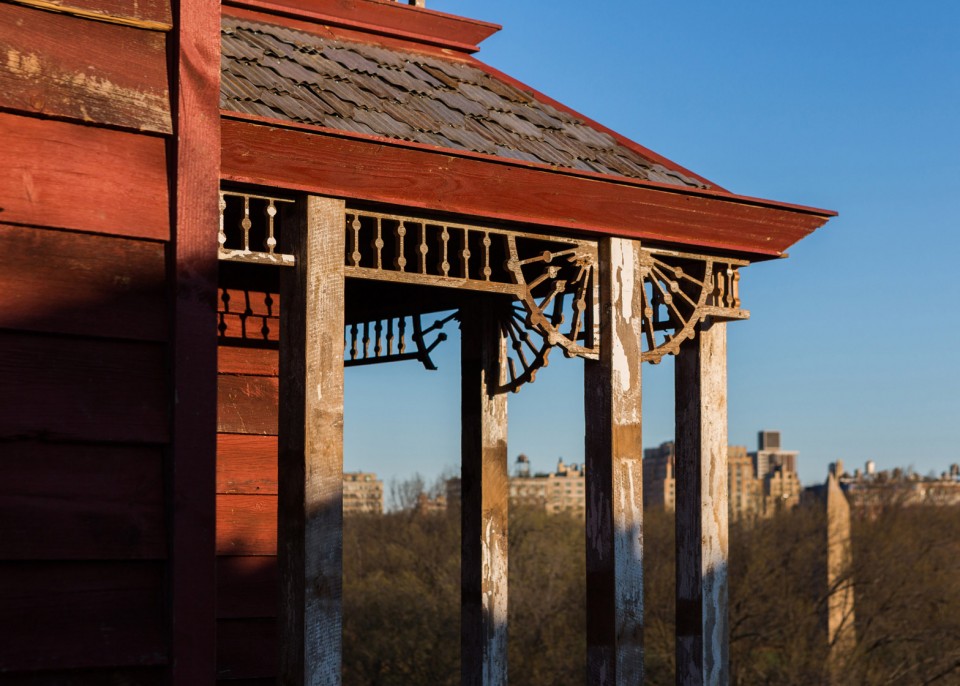 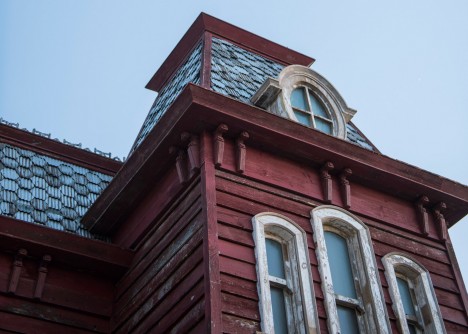 The artist took inspiration not just from the film, but also from the paintings of famed American artist Edward Hopper, whose ‘House By the Railroad’ is thought to have inspired Hitchcock’s vision for the Psycho house. Contrasting the charm of rural landscapes and vernacular architecture with one of the most modernized cities in America, Parker chose to keep the house a mere facade rather than fleshing it out in additional detail. 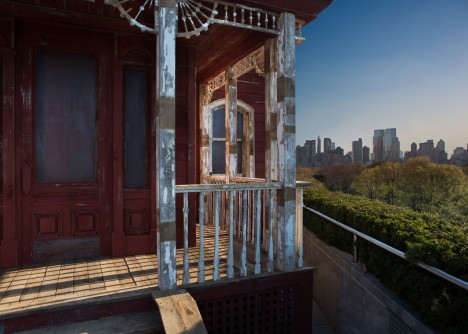 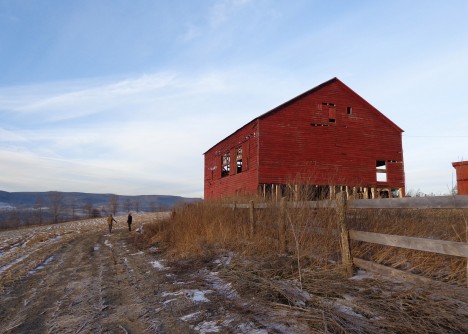 “I was very excited to find the original set from Psycho was only two flats, all propped up from behind, like a stage set would be, and it was filmed from a particular angle so you only saw the house, side on,” she says. “I’ve built the house in the same angle. I’ve tipped it into the corner, and then if you go around the back, you can see it’s all propped up and you realize it’s a facade. But I wanted it to be believable from this angle. So the roof garden becomes the garden of this house. So I like the idea of the private hedge around the Met roof. And then hunkering in the corner in this sinister house.” 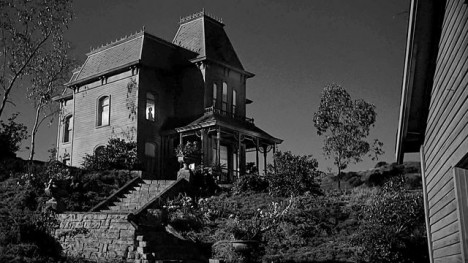 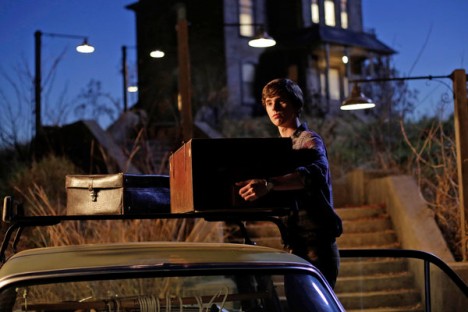 The original Bates mansion still stands on the Universal Studios Hollywood backlot, but it has been expanded, renovated and rebuilt several times over since its original construction. There’s also a replica in Florida, and another in Nevada.  The A&E television series ’Bates Motel’ that’s currently in its fourth season films in British Columbia, where there’s yet another version of the original set – also just a facade.