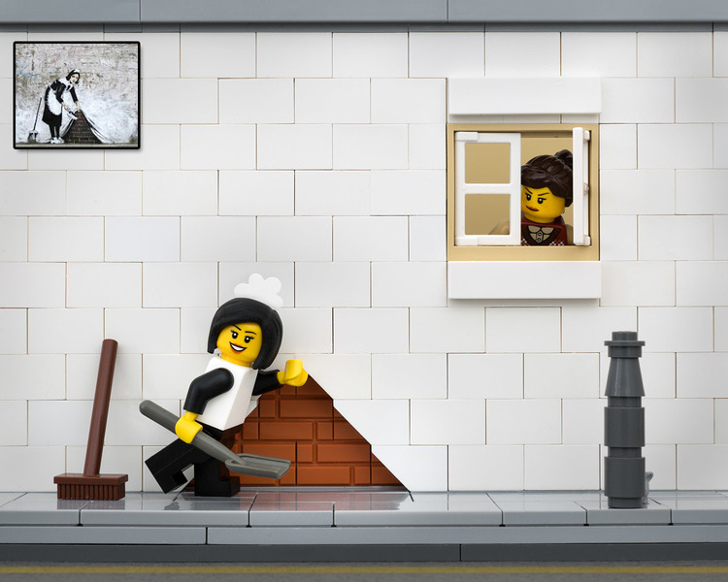 Selecting from Banksy favorites and classics, this series of brick-based fan art both replicates and expands on familiar two-dimensional works. 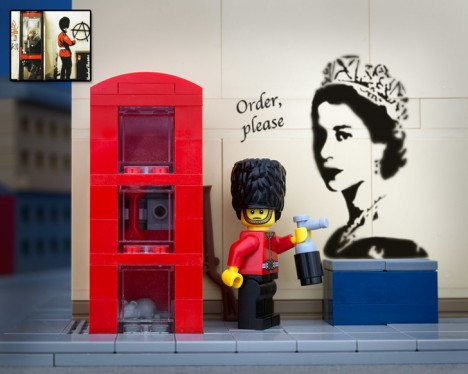 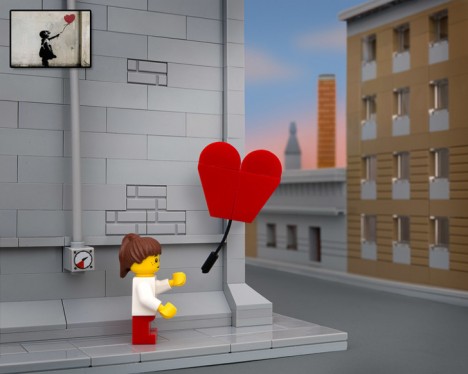 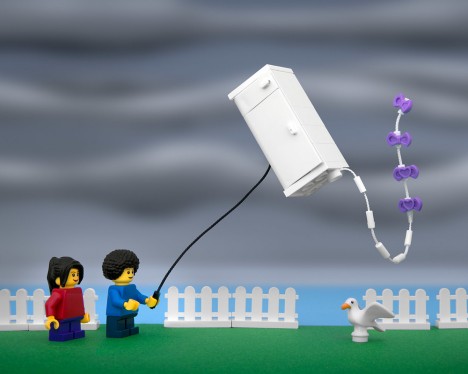 Professional photographer Jeff Friesen is known for staging LEGO creations around Canadian provinces and American states, the latter having since been compiled into a book: 50 States of LEGO. 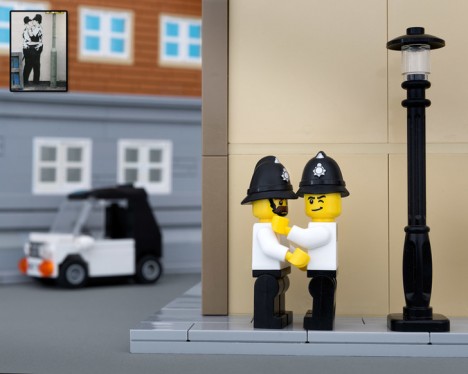 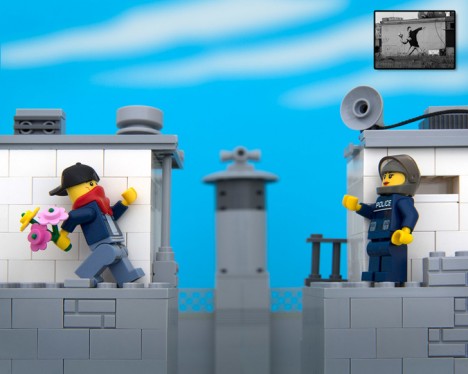 The Bricksy series includes some degree of whimsical interpretation, often putting existing Banksy art into an expanded physical context. The photographer is selling prints of these pieces for $20 each. 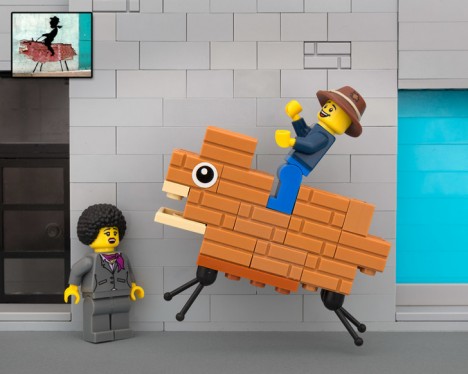 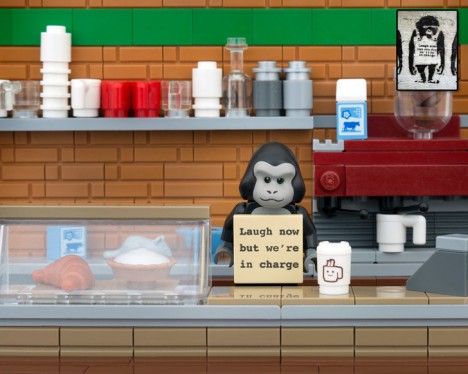 A bit more about the artist: “Jeff Friesen’s photography has gathered worldwide recognition for an uniquely diverse collection of work. His awards include the most prestigious in the photography world, including an Award Of Excellence from Communication Arts and a winning image in the PDN Photo Annual. In 2009 Jeff’s work was among the most repeatedly honored by the International Photography Awards”