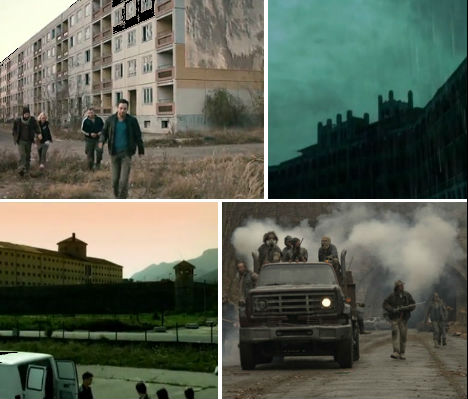 Sometimes, the setting of a film is almost more important than the plot itself, and that’s particularly true with abandoned places. Crumbling ruins of hospitals, prisons, houses, schools and other facilities seem to host echoes of past residents and events, often radiating a sense of trauma and loss. Of course, the catch – at least, in fiction and fantasy – is that these places aren’t really abandoned after all. Here are 10 (more!) abandonments, real and invented, that feature prominently in scary movies and television shows. 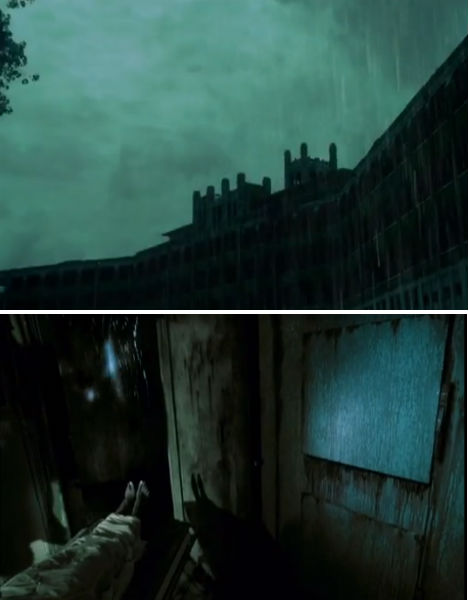 Death Tunnel may not be the greatest horror film ever made, but it’s the setting that’s the real star of the show. This 2005 movie about five college women locked into a Kentucky hospital where 63,000 people died from a disease known as the ‘white plague’ was filmed at the real life Waverly Hills Sanitorium in Louisville. And that part about thousands of people dying there? It’s actually true. Treated with little more than fresh air and sunlight in an era before antibiotics, the tuberculosis patients admitted to the hospital invariably ended up in the 500-foot tunnel located beneath the hospital, called a ‘body chute.’ The dead were secretly lowered into the tunnel and loaded on a train so that the remaining patients wouldn’t give up hope that they’d get out alive.

Built in 1910, Waverly Hills closed in 1961 after the advent of advanced medical care drastically reduced the number of patients coming in. Plans are underway to turn it into a hotel that will play up its ‘haunted’ history. 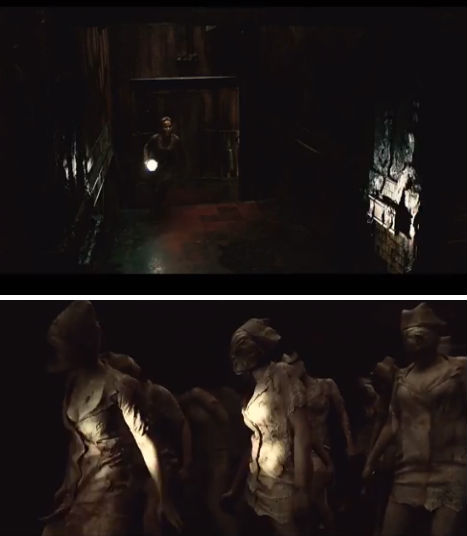 ‘Silent Hill’ is based on a real place. This seemingly fictional setting of a series of video games and a movie is based on Centralia, a borough of Pennsylvania that has been abandoned as a result of a mine fire that has burned underground since 1962. Prior to the 1980s, it had about 1,000 residents; there are just a handful left today despite the town being condemned. The blaze beneath Centralia has opened steam pits, sink holes and carbon monoxide vents. The fictional Silent Hill is located in West Virginia, and the reasons for its abandonment are far more frightening. 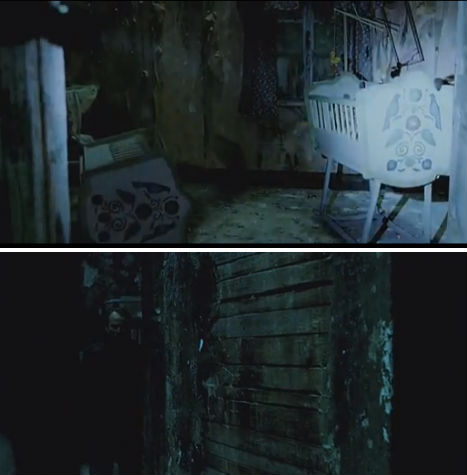 In the 2006 film The Abandoned, an adopted American film producer returns to her hometown in Russia after receiving a phone call from a notary public that she had inherited her family’s abandoned farm. When Marie arrives at the house to learn more about the family she never knew, a man tells her he received the same phone call, and that they’re twins. But once inside, the pair find that the dead residents of the house don’t really want them to leave. 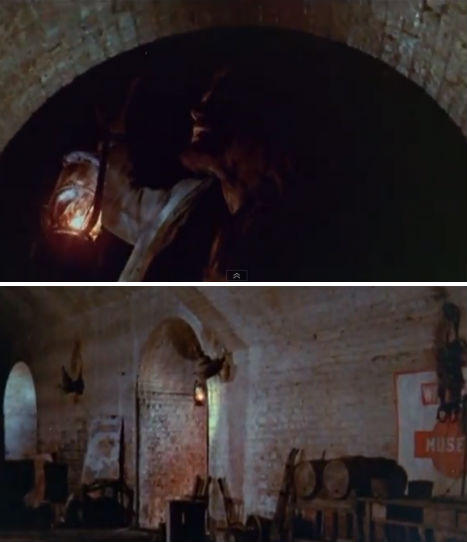 Released overseas as ‘Death Line’, Raw Meat is a 1973 movie set in an abandoned subway tunnel under London. Inspired by the many real-life abandoned tube stations of the area, Raw Meat envisions these creepy, darkened subterranean settings filled with a family of cannibals descended from Victorian railway workers.

Abandoned City – New York in I Am Legend 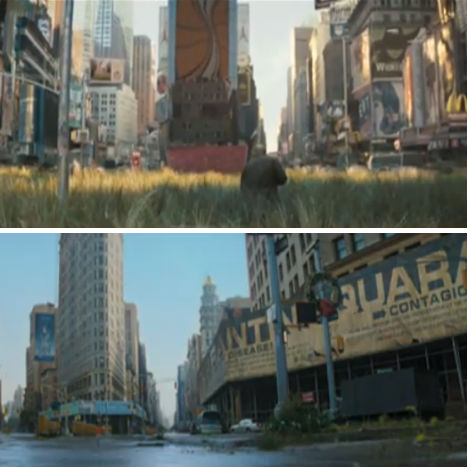 The idea of a once-bustling metropolis utterly abandoned (by humans, anyway) serves as fodder for all sorts of fiction, from books to films. The 2008 adaptation of ‘I Am Legend’ starring Will Smith is just one of many giving us a glimpse of what New York City might look like if it were allowed to fall into ruin, taken back over by the forces of nature. Smith stars as a lone survivor of an epidemic that has turned most of the population into bloodthirsty mutants.