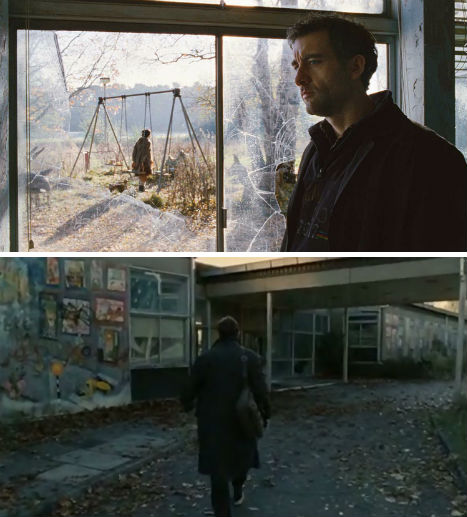 A plague of unexplained infertility leads to a childless future in the dystopian film Children of Men, wherein Clive Owen stars as a former activists charged with transporting a miraculously pregnant women to a sanctuary at sea. One of the most telling scenes in the movie takes place in an abandoned primary school.

Abandoned Cabin in the Woods – The Blair Witch Project 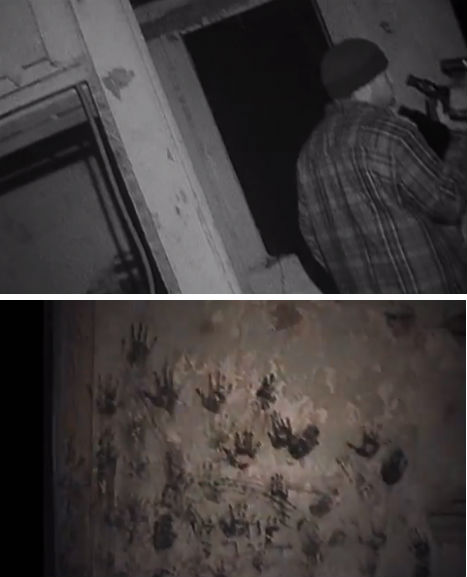 As if abandoned houses aren’t creepy enough, this one has children’s handprints all over the walls. Appearing at the climax of the lost-in-the-woods faux-documentary The Blair Witch Project, a remote house given over to decay appears to contain a lost member of the protagonists’ group. But once the two remaining filmmakers enter the house with their vertigo-inducing hand-held cameras, it’s clear they’re not going to make it back out. 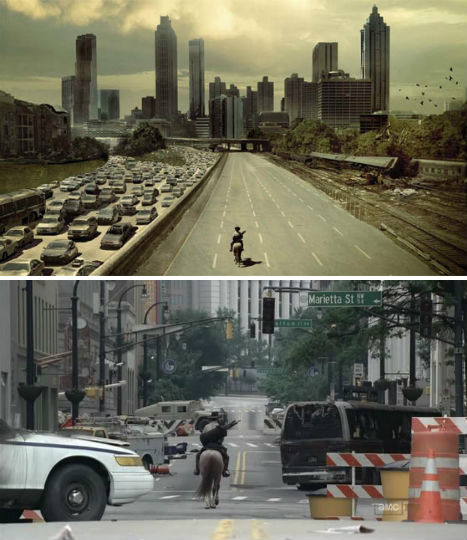 Can a city technically be called abandoned if it’s filled with thousands of zombies? Sure, considering that all human activity that once took place there has come to a screeching halt while the undead population staggers around in search of flesh. The AMC series The Walking Dead portrays Atlanta, the South’s largest city, as a desolate wasteland. Here’s a tip: don’t wander into a zombie-filled metropolis on a giant hunk of flesh that might as well be covered in neon signs reading ‘Dinner is served!’ 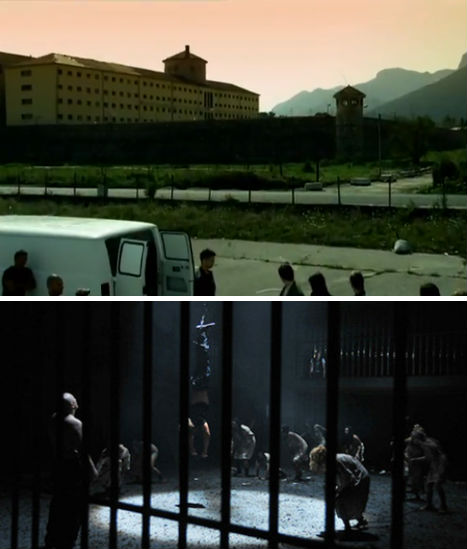 Six young contestants are whisked off the streets to star in a reality show wherein the seemingly simple task of staying overnight in an abandoned prison will net them each $24,000. But in order to get the money, they’ll have to perform a series of challenges – and naturally, some complications arise in the form of unexpected company. 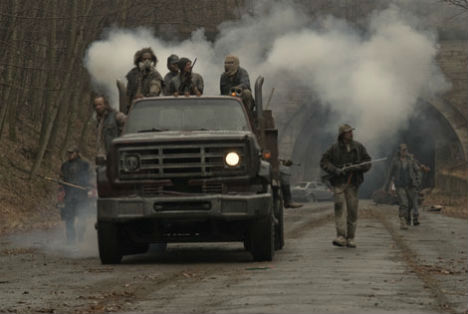 An unspecified event has destroyed most of the earth in The Road, a film based on Cormac MacCarthy’s post-apocalyptic thriller, leaving survivors wandering around scorched landscapes searching for food and safe places to sleep. But it’s not ghosts, demons, vampires or zombies that pose a threat; it’s humans that have resorted to eating each other in order to survive. A freeway tunnel serves as one of the many abandoned settings in the film; the real-life location where it was filmed is Ray’s Hill Tunnel in Pennsylvania. Ray’s Hill is among three tunnels that were abandoned during re-routing of the Pennsylvania Turnpike, one of which has been used as a secret testing facility for race car drivers.