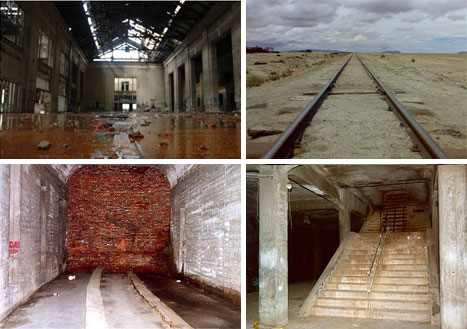 Across most of the developed world, railroad was once king. The installation of train tracks across America was a momentous occasion that made wide commercial trade possible from one coast to the other. Today, railroads have fallen from their previous glory days. They’re still used, but not anywhere near as much as they were once. As a result, it’s not difficult to find the ruins of our former railroad culture scattered all across the country, including trains lines, tunnels and even entire stations. 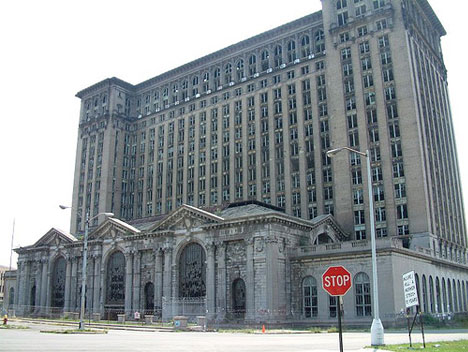 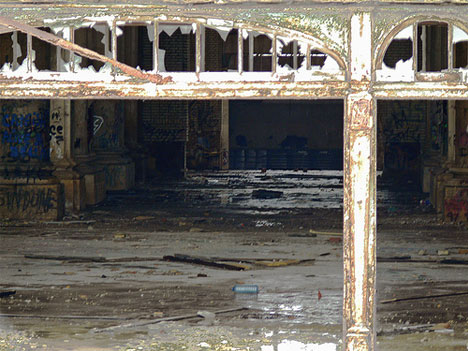 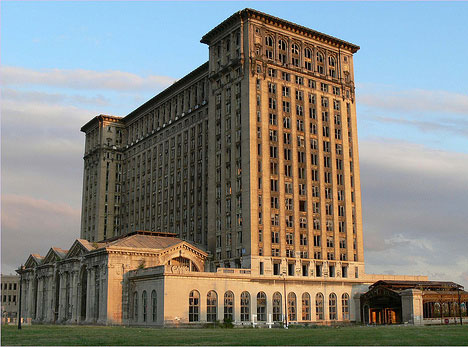 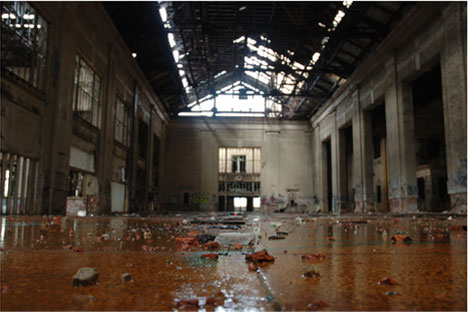 Few places embody the remnants of the industrial age like Detroit. The city that was once the automotive manufacturing capital of America is today filled with all kinds of abandonments. One of the most impressive is the Michigan Central Train Station. This massive station was built in 1913 in a somewhat remote part of the city. Developers counted on commercial interests moving toward the station and making it into a centrally-located building. Due to many unfortunate circumstances, this never happened. The building was abandoned in 1988, but it was open to visitors for most of the 1990s. After extensive vandalism, the station was closed up and is now patrolled. 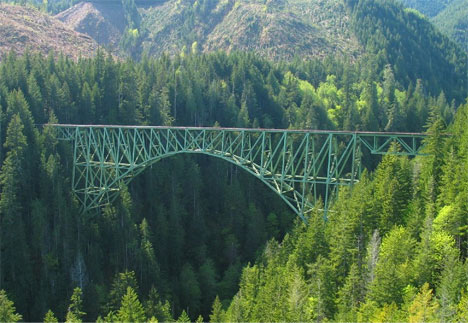 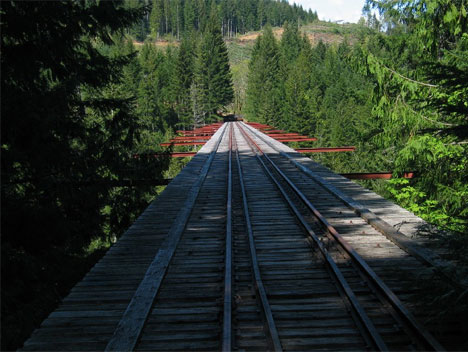 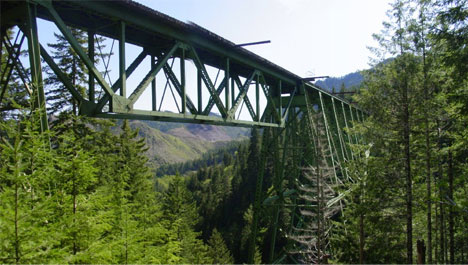 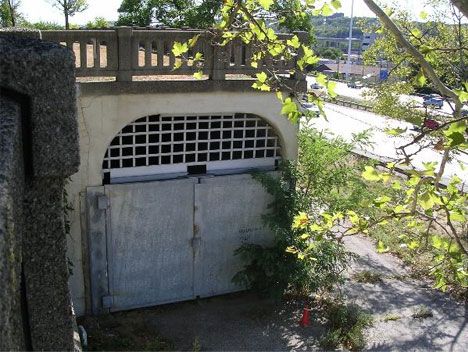 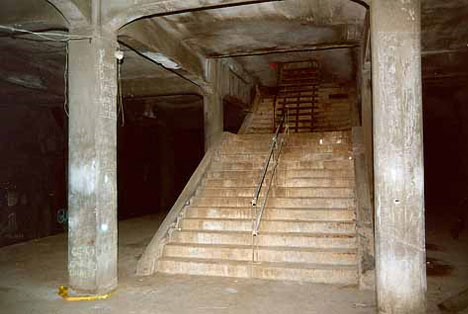 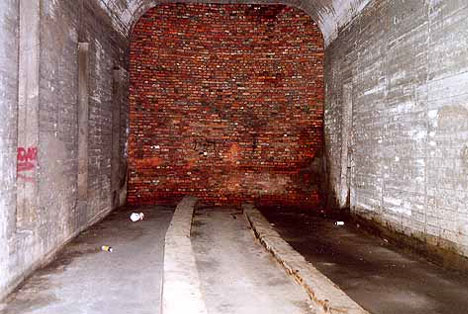 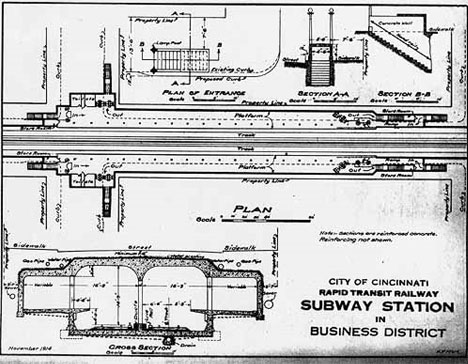 Among the most infamous abandoned train lines is the Cincinnati Rapid Transit subway system. This system was supposed to connect suburban dwellers to the heart of the city. Construction began in 1920, but the entire project was abandoned in 1925 when funds ran dry. Many attempts were subsequently made to revive the project, but none have been successful. A few remnants of the never-completed subway system can still be seen, such as the above portal near Central Parkway and I-75. 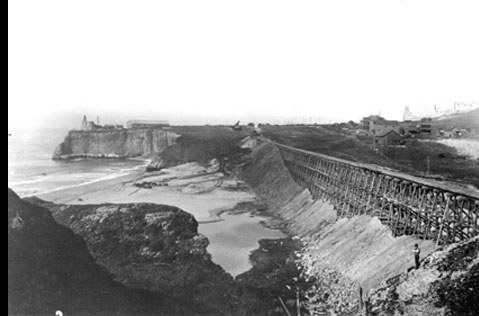 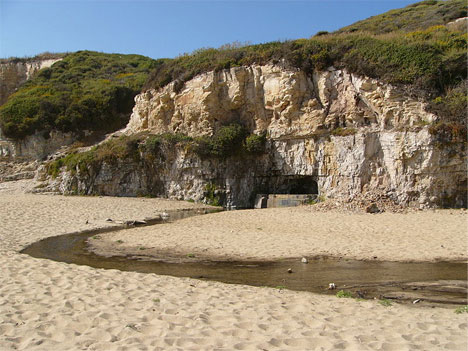 (images via: Sandy Lydon and Wikipedia)

The Ocean Shore Railroad is another rail project that never really got off the ground. It was begun in 1905 as a way to connect Santa Cruz and San Francisco along the coast. After the 1906 earthquake, the construction was significantly delayed. Portions of the line did operate at one time, but the overall railroad line was scrapped in 1921. Several attempts were also made to resurrect this defunct line, but none gained the ground they needed. Remnants of the tracks can still be seen in places, and several of the stations have been transformed into offices and homes. 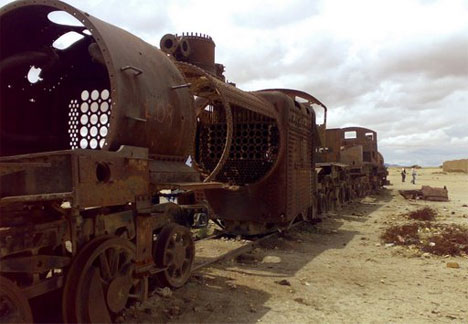 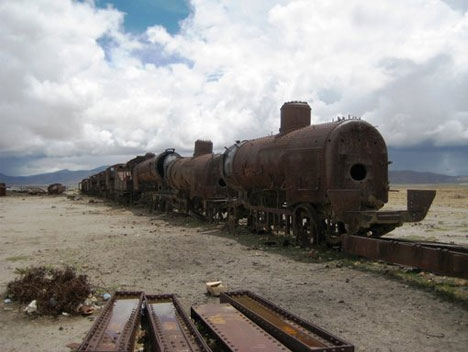 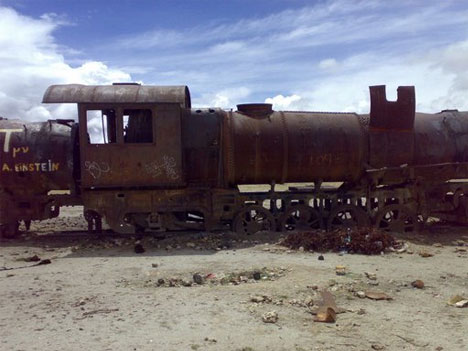 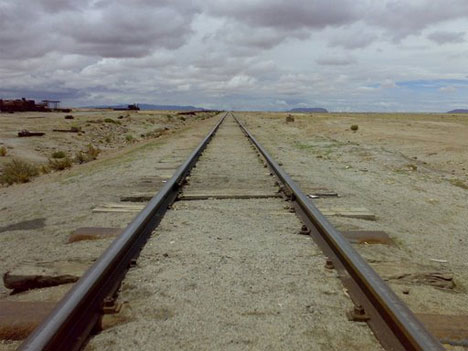 Among South American travelers, the small town of Uyuni, Bolivia is a must-visit spot. Besides being home to the world’s largest salt flats, the town boasts an impressive train graveyard. What was once meant to be a major railroad junction is now the final resting place for these massive machines and a surprise tourist attraction.