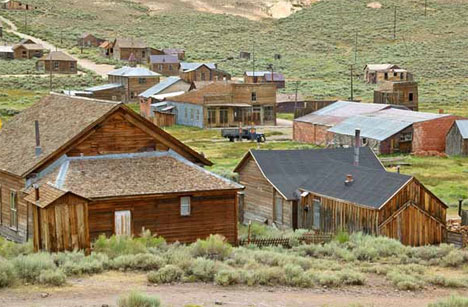 Bodie was a quintessential frontier town of the Old West, complete with dozens of saloons, a red light district and a Chinatown. Stories of its history include tales of barroom brawls, stagecoach robberies and other Wild West debauchery. Founded during the Gold Rush the town thrived through the early 20th Century but was subsequently deserted and now is preserved and partially restored to its original state.