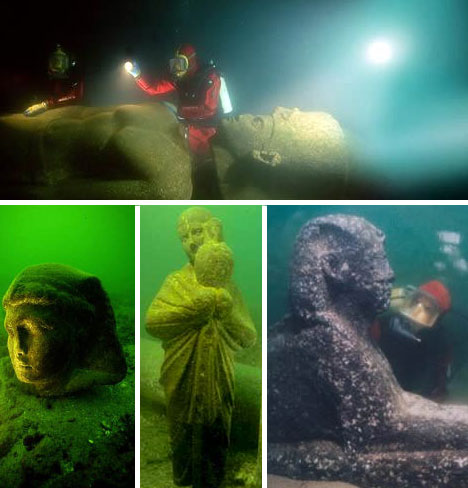 Lost for 1600 years the fabled city of Alexandria was lost – until just 16 years ago. The famed stage of historic interactions between Cleopatra, Julius Caesar, Marc Antony and Octavius was lost under the water. The royal residences, as archeologists discovered, were slowly sent to the bottom of the sea after a series of earthquakes and tsunamis. The ancient Alexandria had over 500,000 residents and was known for its library with over 700,000 scrolls.