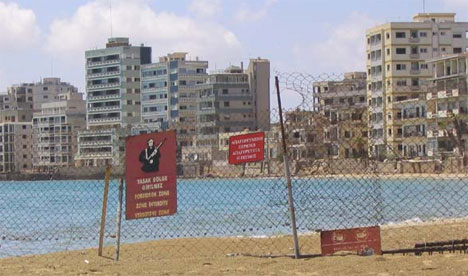 The area of Famagusta known as Varosha has a rich history of prosperity despite of long-standing conflicts in the region. In the 1970s, however, the Turkish invaded and claimed the tourist territory as their own. They erected fences with warnings and forbade the return of any residents. After decades of disuse the structures have fallen into a serious state of disrepair and are in many cases no longer habitable by anyone save the sea turtles which call some beach-side structures home.