In his latest work dubbed Birth, Death and Midlife Crisis, artist Alex Chinneck is back at it again, exploring the limits of seemingly solid structures (and observer imaginations). This latest work in Germany deforms a structural column, calling its conventional neighbors into question. “The columns are the prominent feature in the 450-year-old museum and this intervention took an opportunity to defy logic and distort history.” 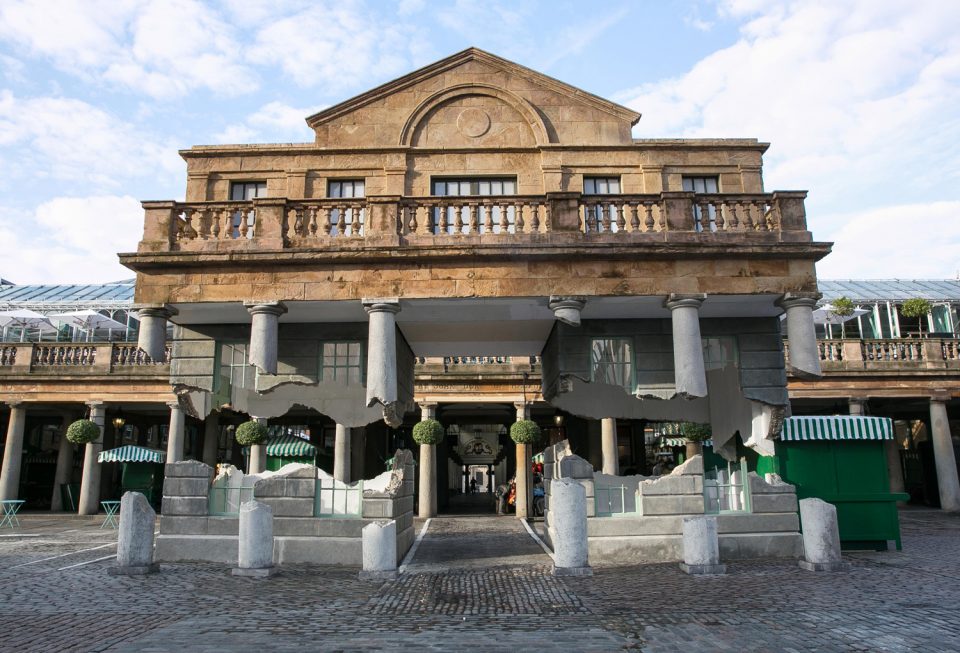 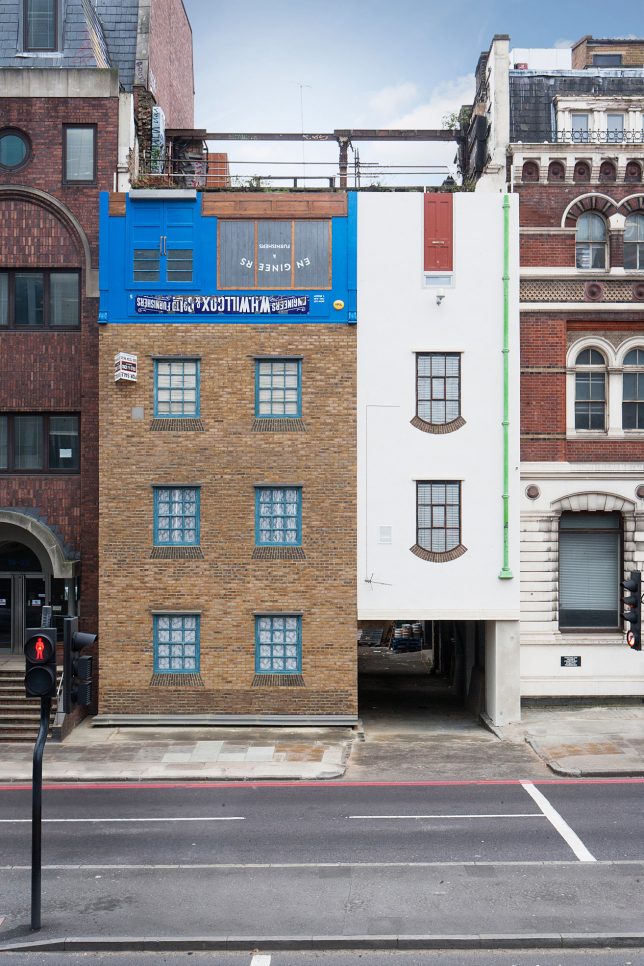 A lot of the artist’s other work operates along similar lines, undermining our expectations for physics, engineering and built environments. “I like to give fluidity to typically inflexible things,” he explains, “transcending their material nature.” This approach can range from pealing up pavement like a giant carpet to breaking windows in an impossibly precise fashion on an abandoned building. 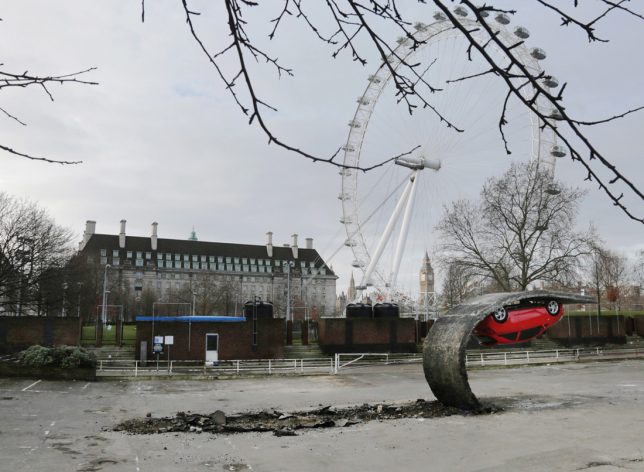 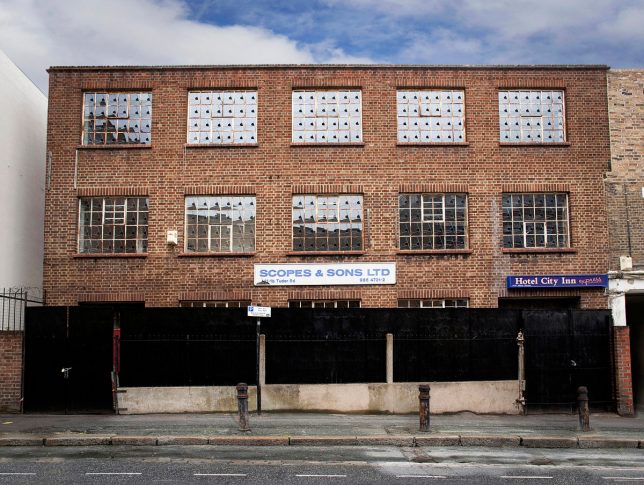 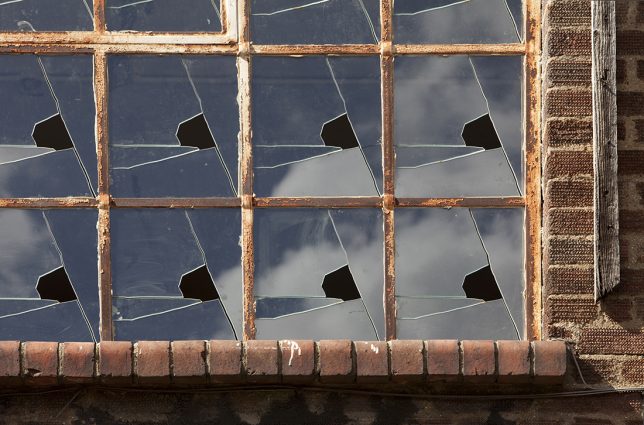 The idea, in part, is to achieve these effects seamlessly. In the case of his latest piece, he says: “I wanted to create the impression that we had only changed what was already physically present in the museum and the work was born through the manipulation, rather than introduction, of material. With this approach, the objective was to produce something sculpturally bold but contextually sensitive.” 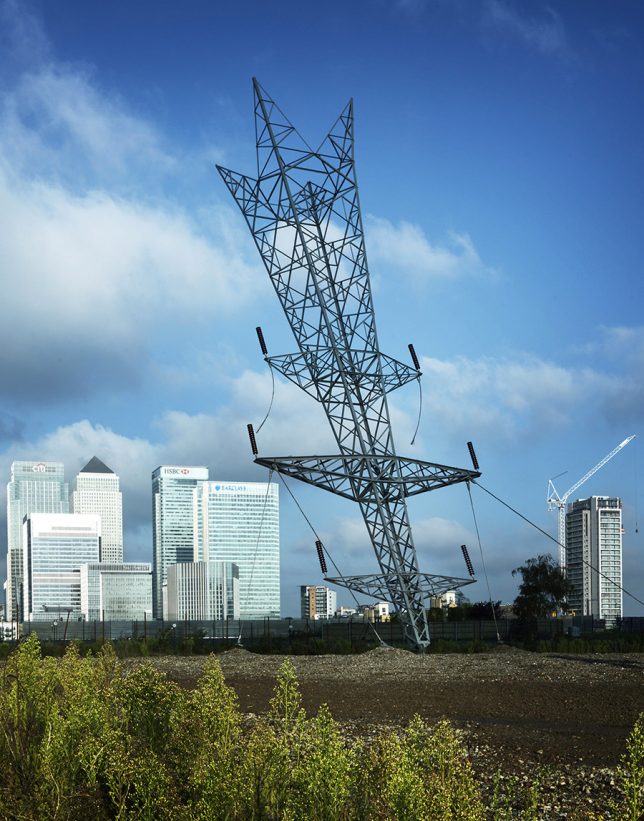 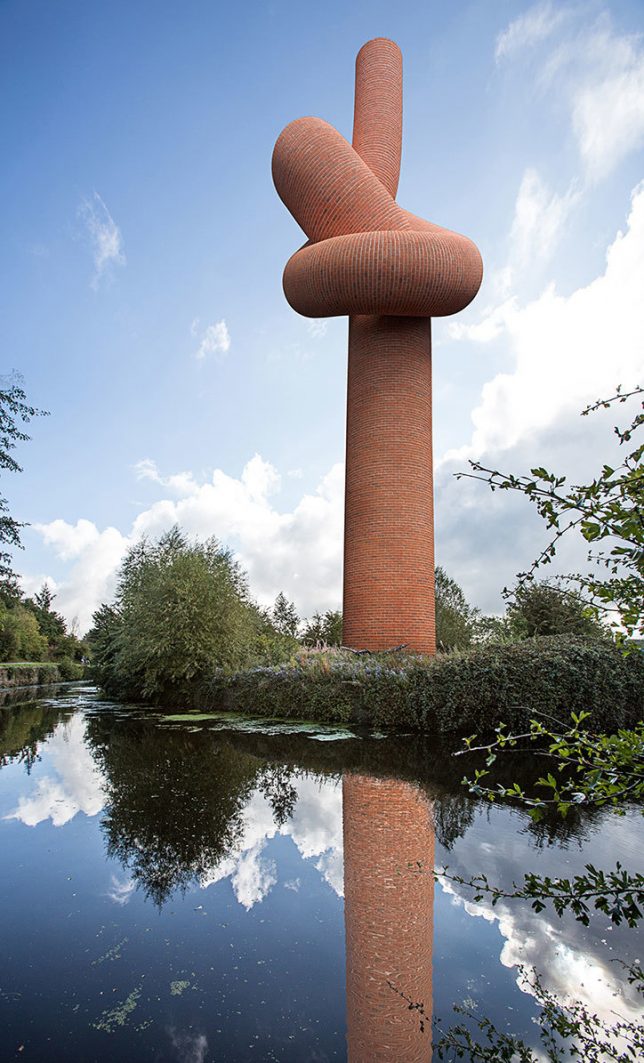 Aiming to go even larger with Onward & Upward, his next plan is to install a series of tall brick chimneys in the UK, each built from 20,000 custom bricks and likewise featuring knots in the middle. For now, the above looks like an impossible rendering, but soon it will be a uniquely bizarre architectural reality.