Over a period of decades, the waters of Devils Lake slowly rose higher and higher until they enveloped an entire farming town in rural North Dakota, forcing its inhabitants to leave. Changes to the climate resulted in heavier rain, which spread across thousands of flat acres “like pouring water on a tabletop,” says photographer Paul Johnson, who grew up in a similar community not so far away. Johnson went back to his home state to document the town of Devils Lake in two seasons: winter and summer. 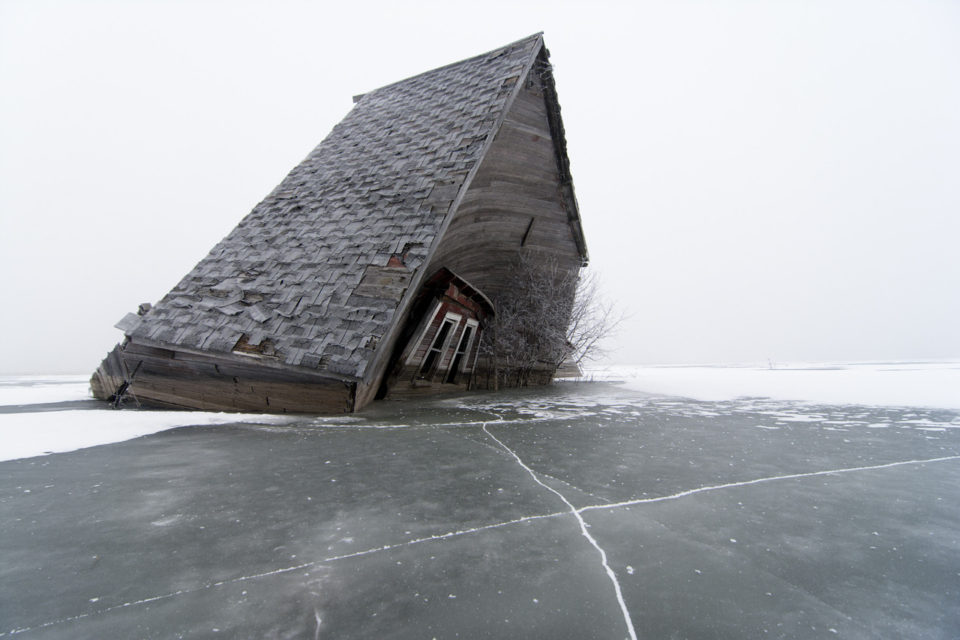 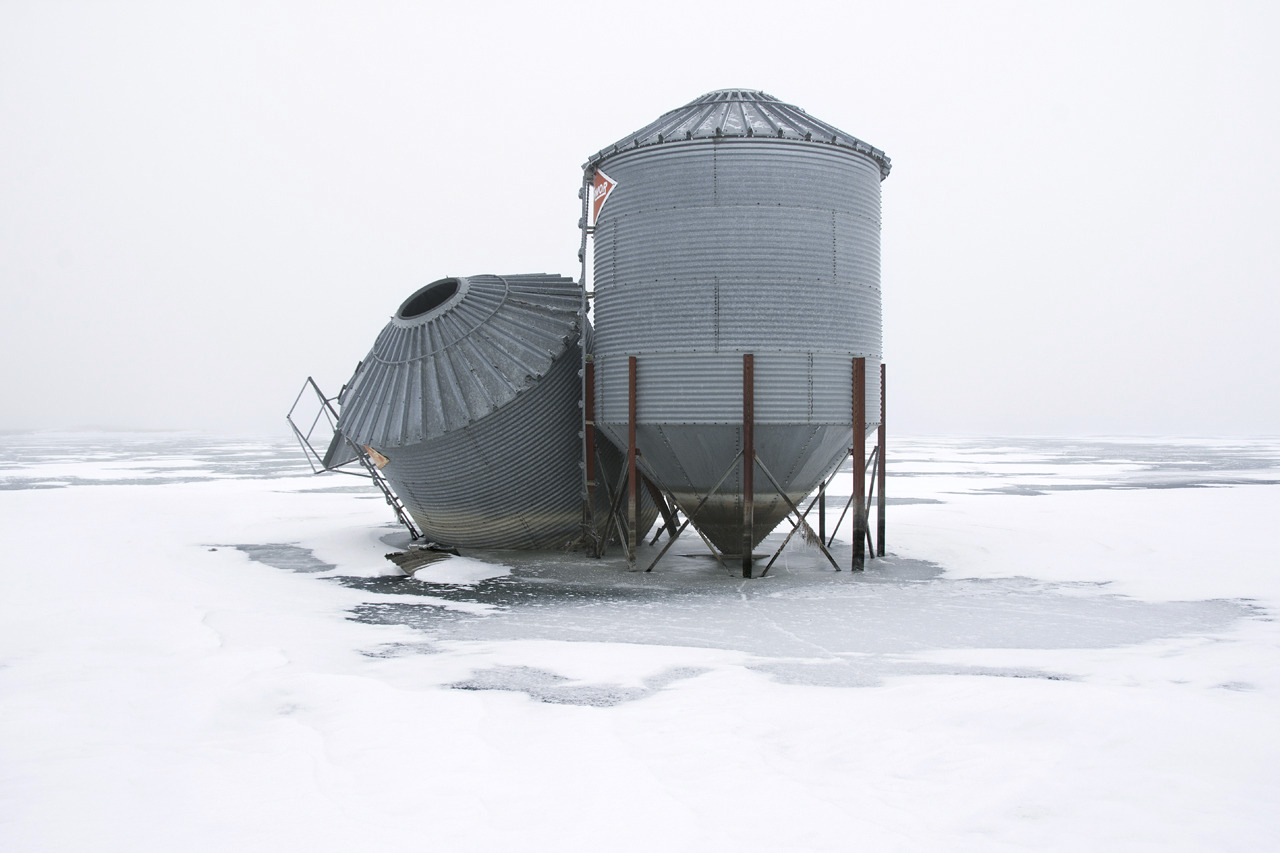 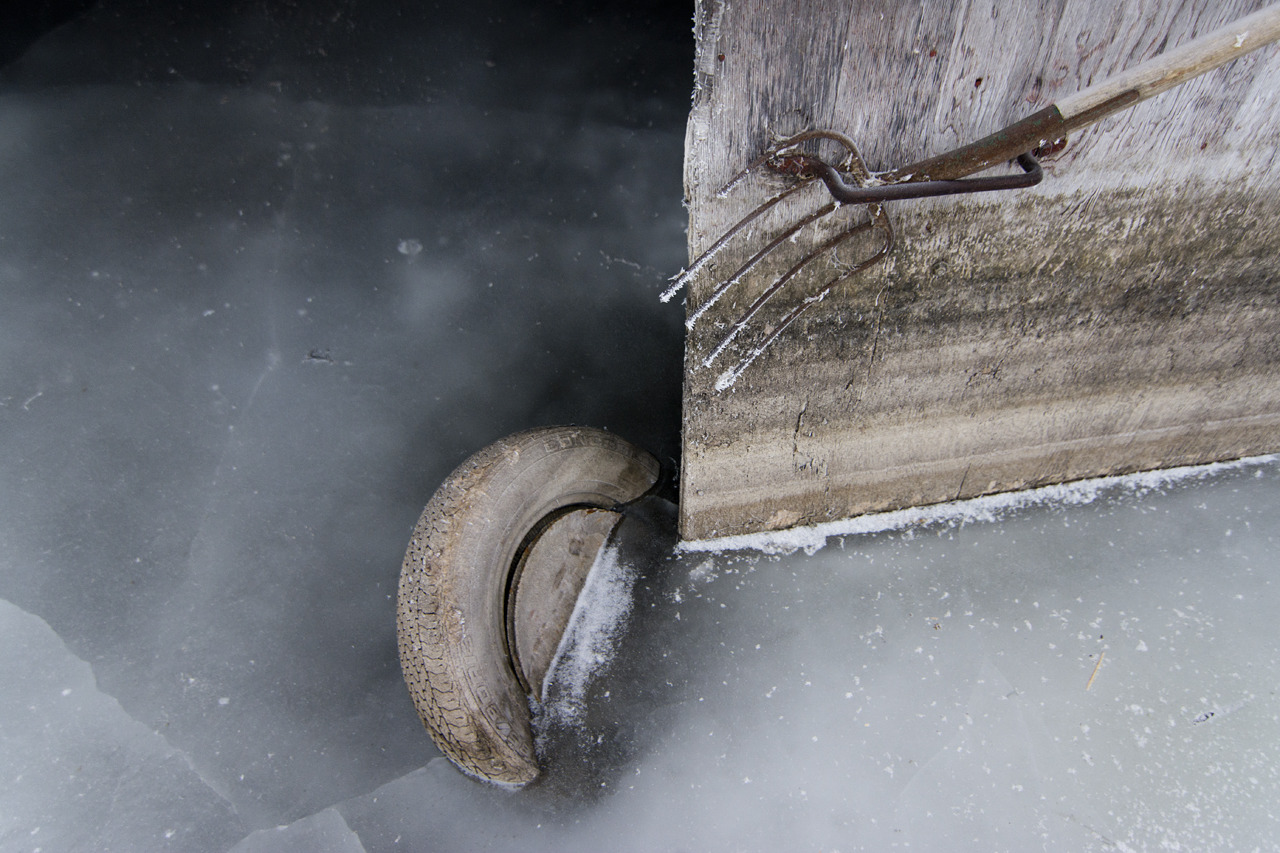 Located in a closed glacial basin unconnected to rivers, Devils Lake has been vulnerable to both flooding and almost completely disappearing over time, but it first began breeching the towns along its borders after long rainy period starting in 1993. The lake doubled in size by 1999. Farmers described the process as “a slow death,” watching their fields and eventually their homes and outbuildings succumb. 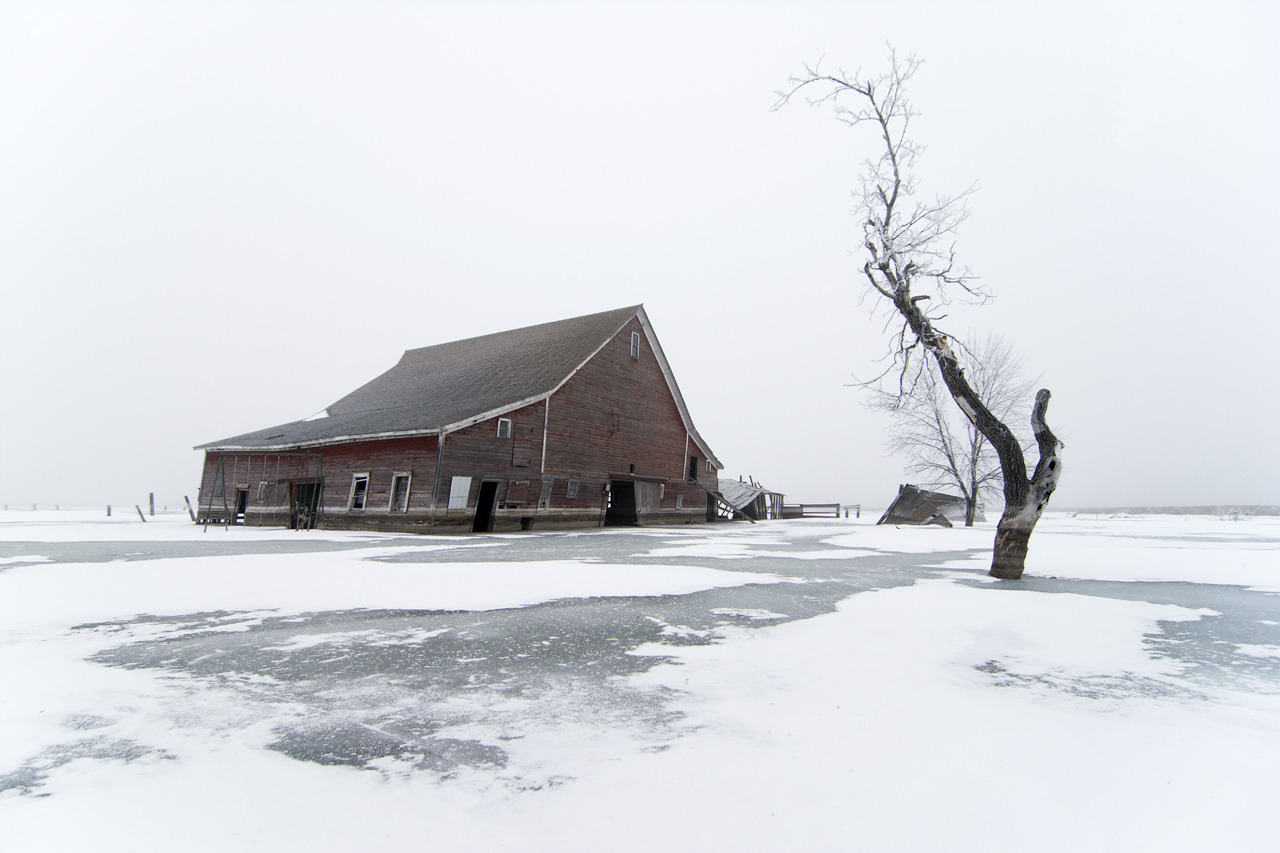 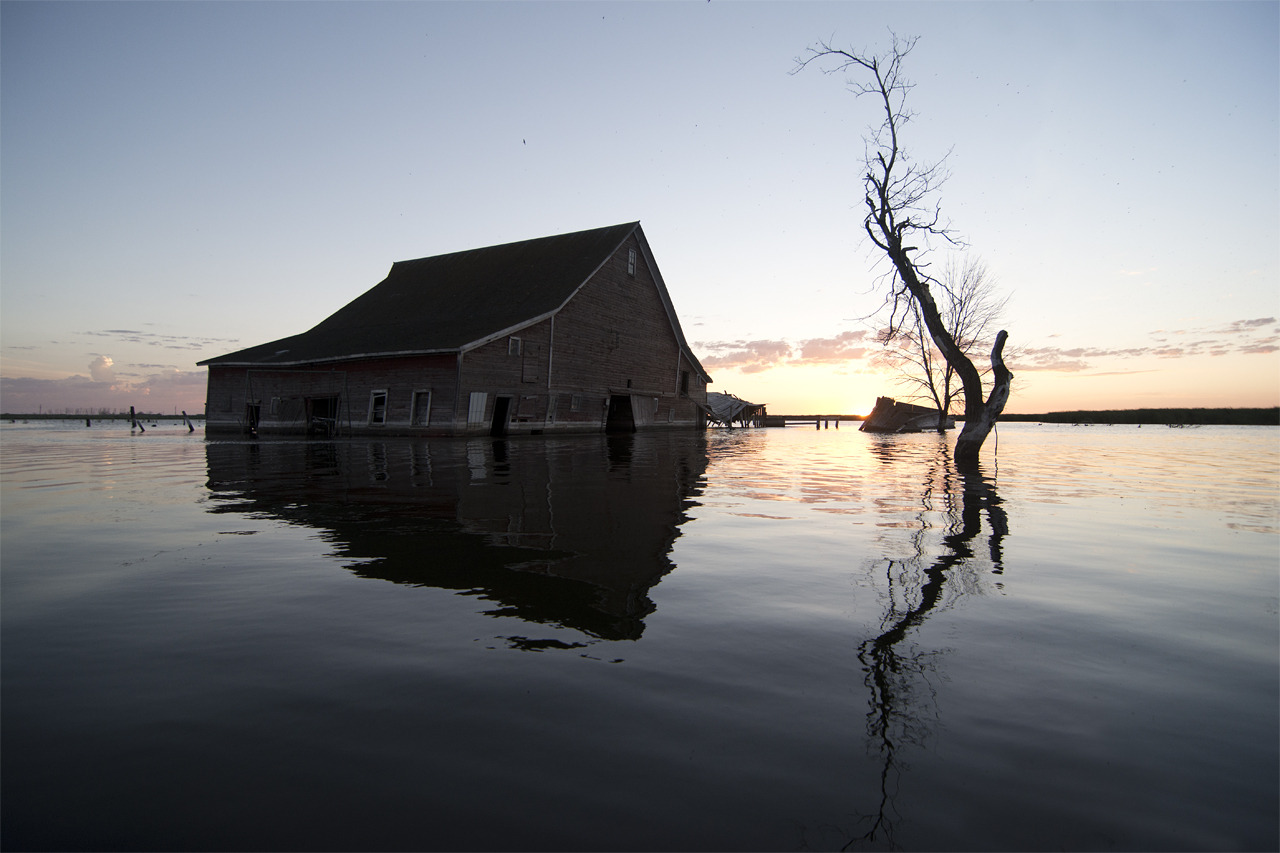 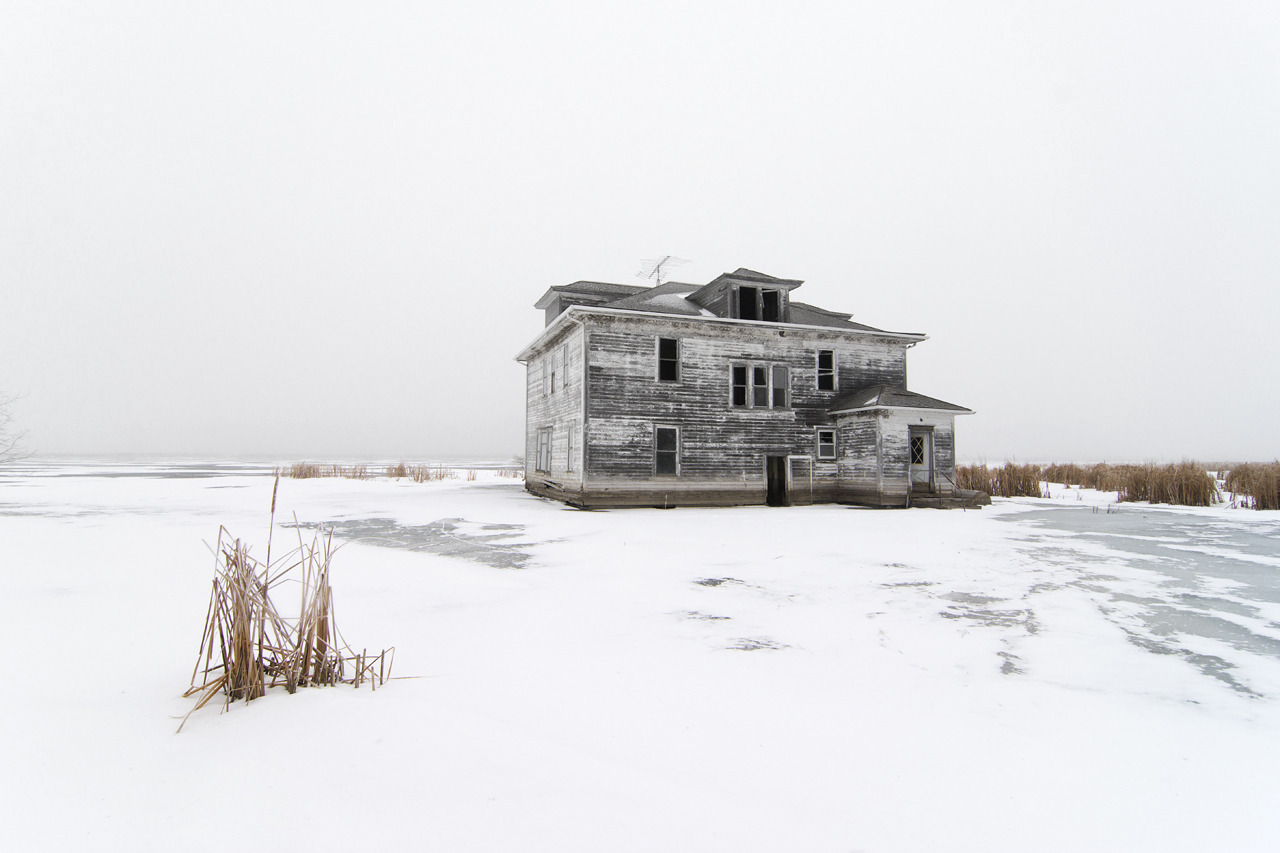 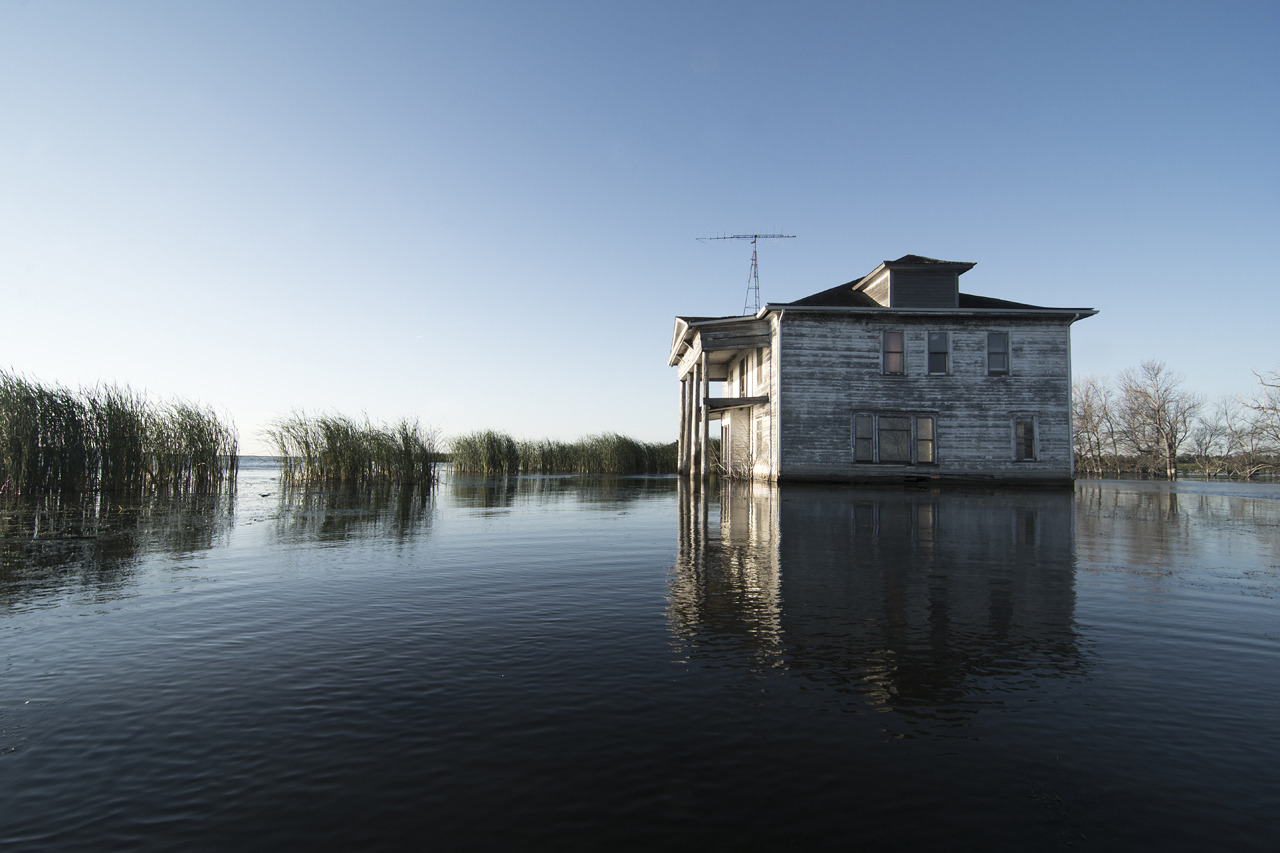 Though many of those structures have since collapsed, some are still standing, completely surrounded by water that freezes when the temperature drops. 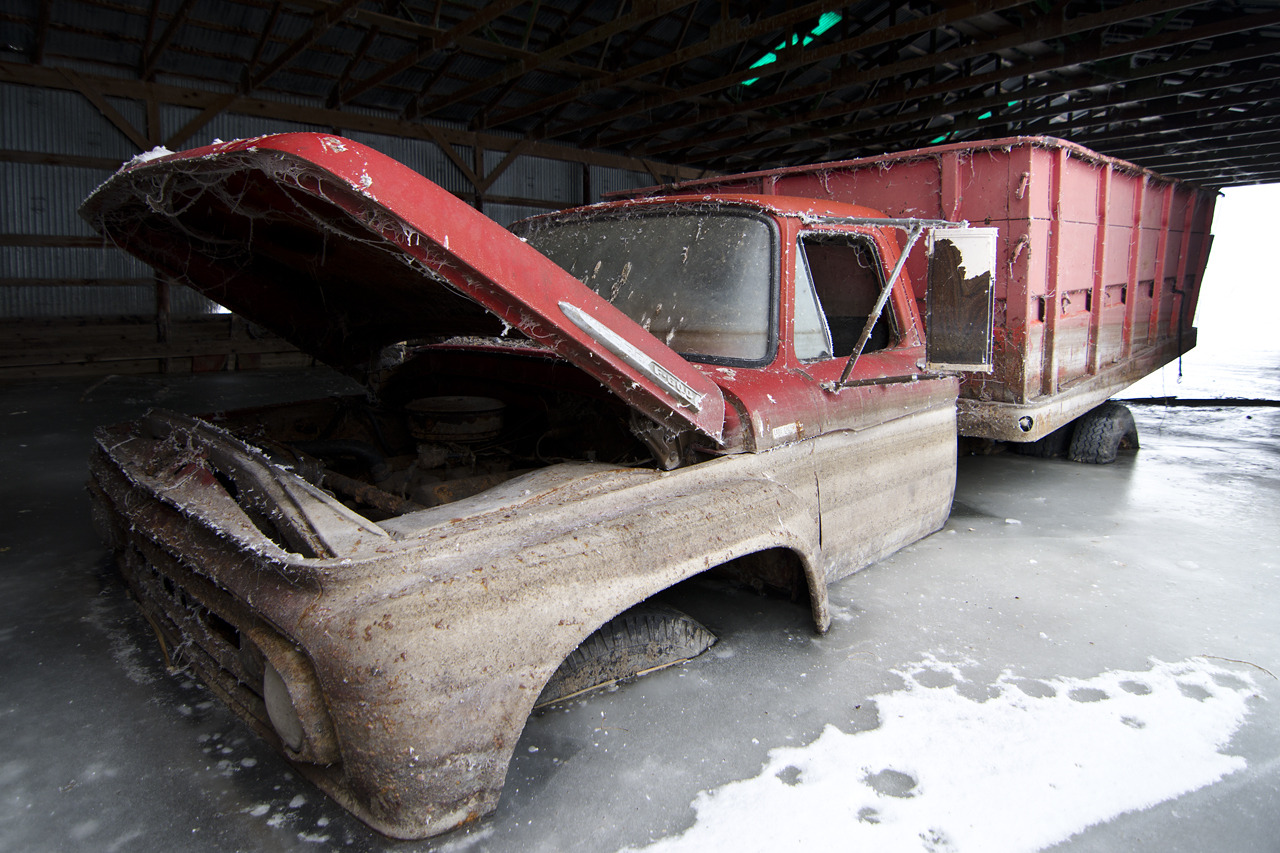 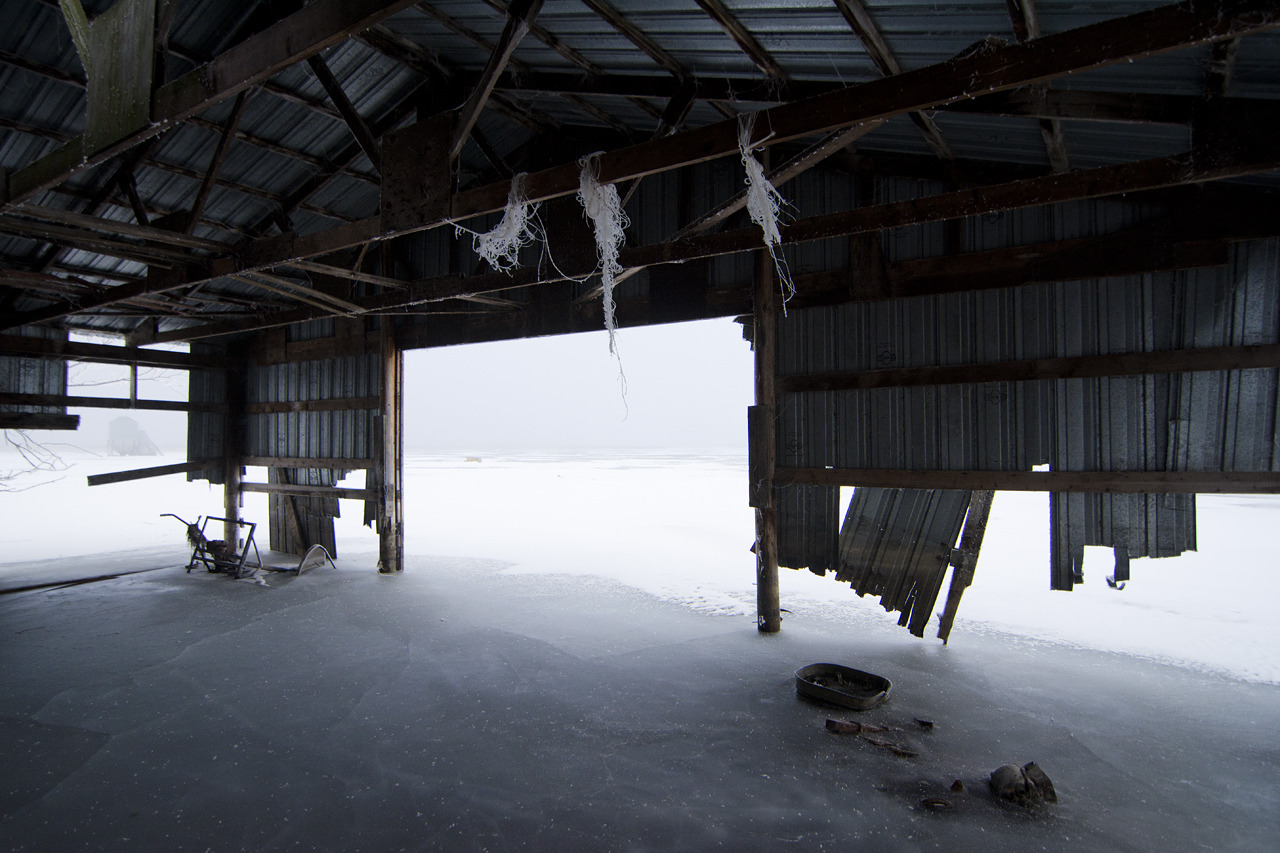 “Abandoned places hold a wistful appeal to me and I think to many of us,” says Johnson in an interview with Passion Passport. “They are the final chapters of unknown stories where we’re left to ponder the details. Their quiet stillness can spur thoughts about the nature of time and the processes of decay and reclamation. In the case of Devil’s Lake, there’s the added element of these places being completely out of their original context. You just don’t expect to see a house or barn sitting in the middle of an enormous shallow lake and the experience is pretty surreal. The loss of so many farms and livelihoods gives the area a melancholy feel as well.”

Night walk in the park

Some self portrait experiments with coldwater kayaking gear in last night’s storm using a remote speedlight and headlight.

If you’re a fan of eerie nature photography and epic travel shots, Johnson’s tumblr and Instagram are well worth a look, documenting trips all over the world.