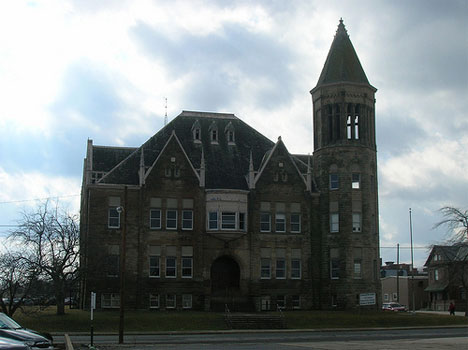 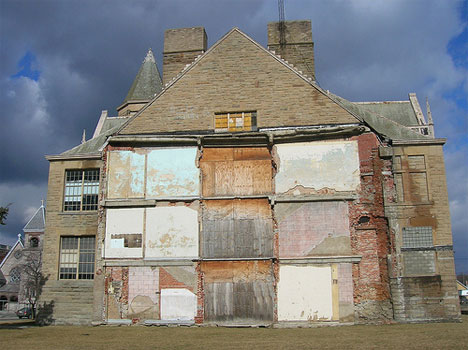 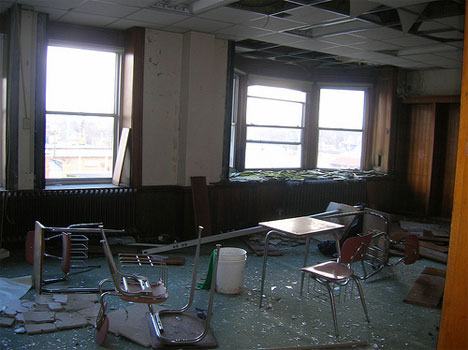 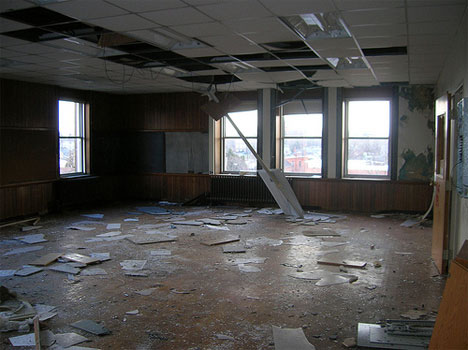 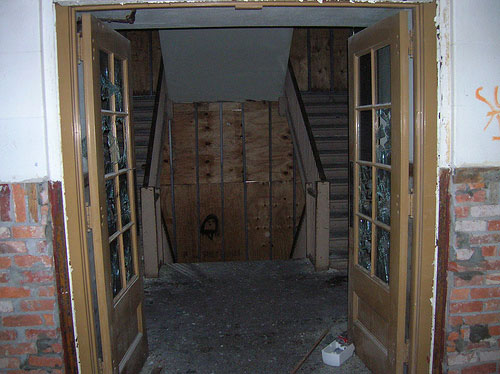 (images via: Abandoned But Not Forgotten)

For a variety of reasons, schools are abandoned quite frequently. Many of them are re-used as administrative buildings or rehabilitated into apartments or offices. But some simply stand empty – perhaps drawing vandals and becoming an eyesore, or perhaps becoming the stuff of daydreams for developers and investors. Tiffin Columbian High School in Ohio is a spectacular building, but it is sadly the frequent target of vandals. 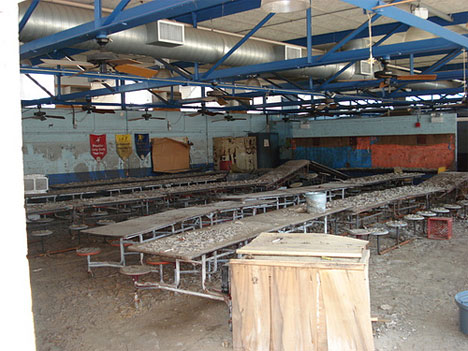 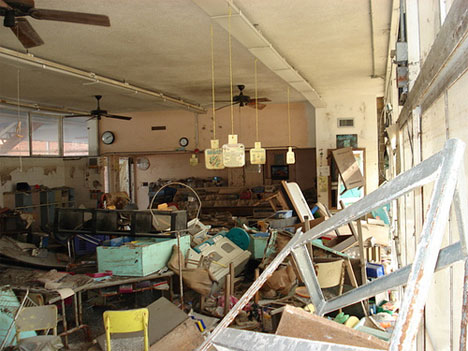 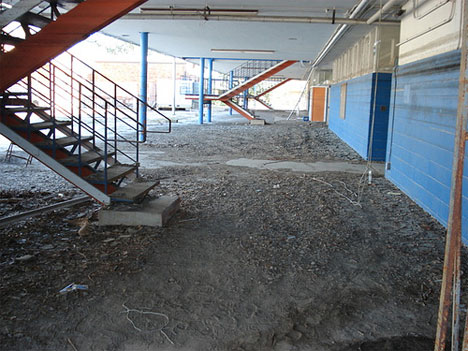 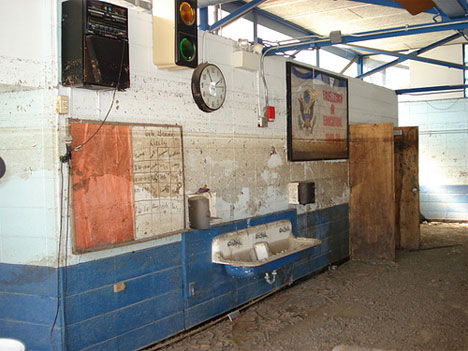 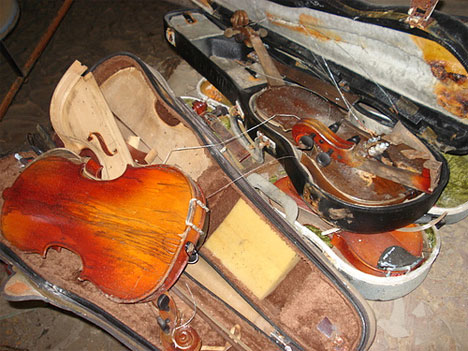 When Hurricane Katrina burst into New Orleans, she didn’t just take people’s homes. She tore away entire chunks of residents’ lives. Schools were left with everything in them, only to be claimed by the rising flood waters. These photos show the heartbreaking evidence of Katrina’s effect on Jean Gordon Elementary school. 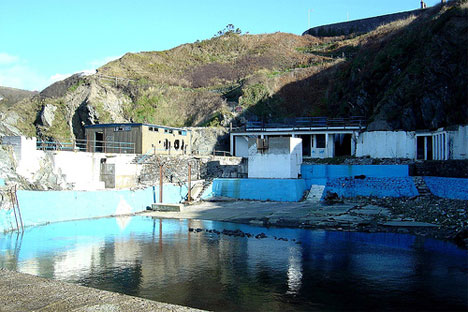 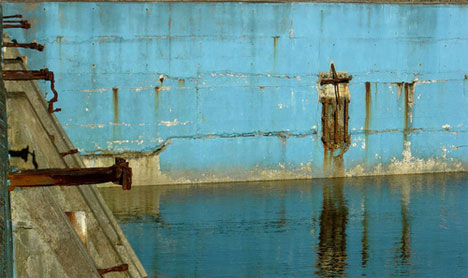 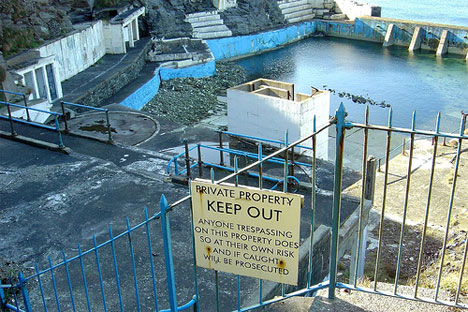 Traie Meanagh was once the site of a popular open-air pool on the Isle of Man. Countless happy memories were had there with the pool’s races, bathing beauty contests, and competitions. After it ceased operation as a pool in 1981, it was turned into a fish farm. Traie Meanagh ceased to operate at all in 1990. 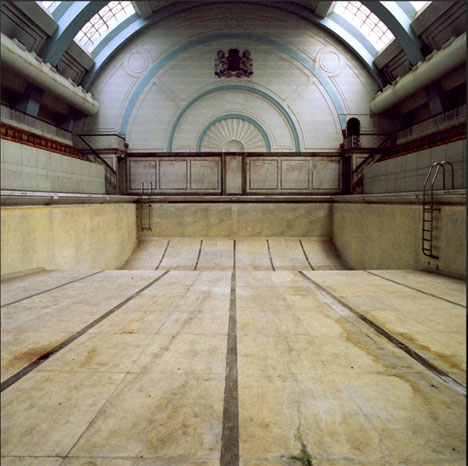 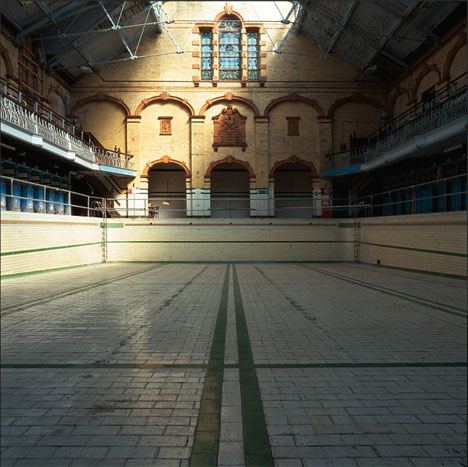 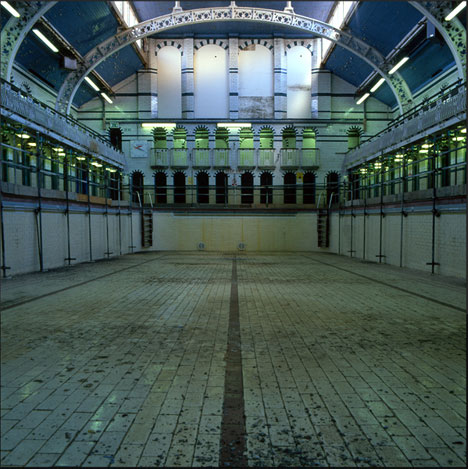 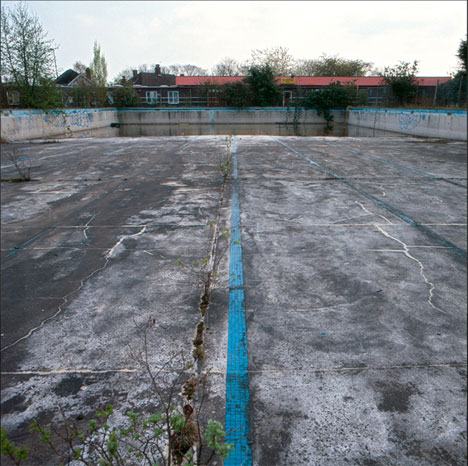 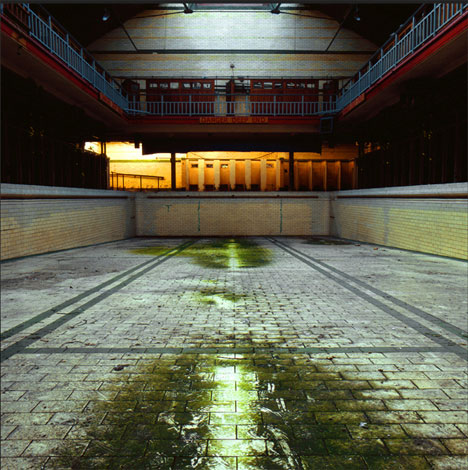 Just like amusement parks, abandoned pools can portray a serene beauty. Gigi Cifali has captured some of the most incredible abandoned swimming pools in England. According to her website, “in the Thirties United Kingdom…baths were at the peak of their popularity. Gradually tastes have changed, resulting in a drop in attendance, leaving the pools uneconomical to run.” If there is one good thing that can be said about the closure of these pools, it is that it’s allowed us the benefit of these gorgeous photos.