The COP14 conference opened today with an two-week interactive exhibition featuring spectacular and practical examples of working climate-friendly technologies around the world that can be converted from local inventions to global solutions. These include technological inventions and organizational innovations that mitigate greenhouse gas emissions, clean energy technologies and methods of adapting to the effects of climate change including “a dancing floor which produces electricity, fog catchers from the Cape Verde Islands, a no-waste city with zero CO2 emissions.” 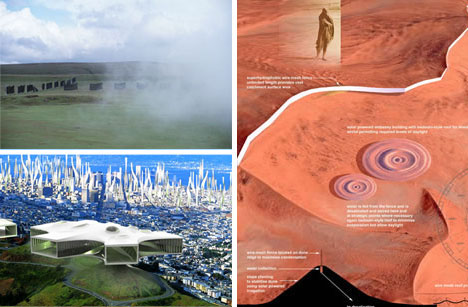 One of the hot exhibition topics will be the fog catchers used on the Cape Verde Islands. Fog catchers are, in essence, an incredible simple technology – a low-tech solution to the increasingly worldwide problem of providing clean water to populations. These devices (which can be as simple as mats or sheets suspended in the wind) capture moisture which can be piped to adjacent villages where rain and rivers are scarce. 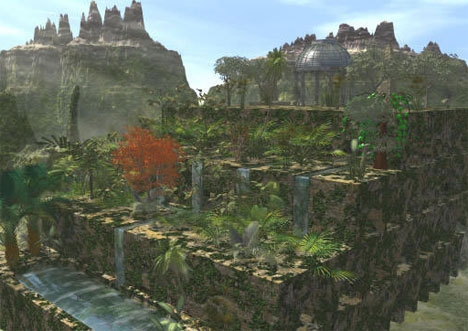 Another featured exhibition, the hanging gardens from Bangladesh, show yet another side to the ever-popular green architecture  movement. As green design evolves, changes and adapts to given locations designers have increasingly realized that its potential is far greater than the simple green roofs we hear so much about. However, few green projects rival the ancient Babylonian wonder shown above – but maybe soon. 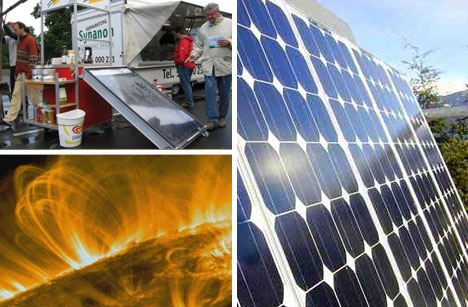 What could be a greener way to check your email while traveling than a solar-powered internet cafe? There are fewer and fewer limits to solar technology as innovations continue to overturn technical limitations of the past. Already solar power has been used on everything from giant buildings to tiny portable devices like cellular phones. What’s next? 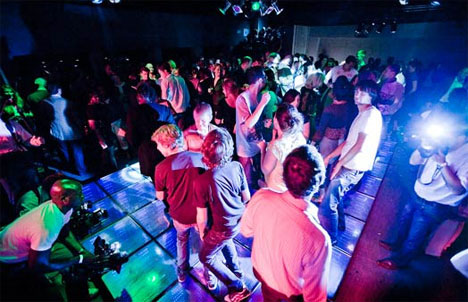 When someone says ’sustainable architecture’ usually they mean a home or office – rarely a hopping dance club. So how about converting a ready source of kinetic energy into an actual power source? Some clubs are already using this curious energy-generating technology featured at the COP14 conference to actively power their spaces with the spent energy of (eventually) exhausted dancers.