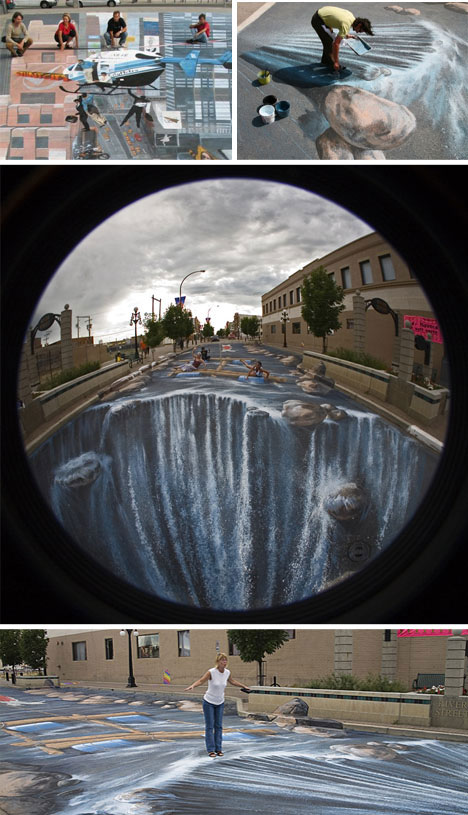 Like Kurt Wenner’s work there is a finished and polished quality to pieces by Edgar Mueller, and like Julian Beever he strays far from the beaten path in terms of subject, but what sets Mueller apart from his contemporaries is the scale at which he works – sometimes taking up entire city blocks with dazzling (and dizzying) artistic masterpieces of perspective. From Ice Age in Ireland to Lava Burst in Germany his work often occupies a huge space but similarly relies on the right angle to stun an audience. (Source)