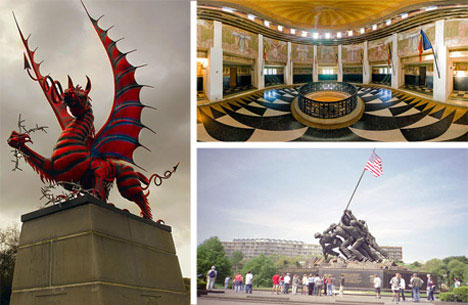 Be it war monuments or those dedicated to peace, memorials stand out from other structures man have built because of their unique and stunning appearance. With so much history behind one, standing in front of a gigantic memorial can be very awe inspiring as these masterworks of art and engineering are dedicated to those who fought and died for a better future. From all over the world, here are ten of the most impressive monuments dedicated to heroes. 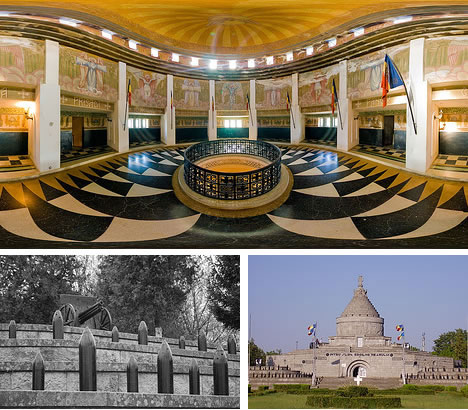 Located in Romania, the Marasesti Heroes Mausoleum was built to commemorate those who died for freedom, during the Battle of Marasesti in the summer of 1917. The impressive construction stands on the grounds of the battle where Romanian troops lost over 24,000 men including 610 officers and managed to defeat the Germans. Six thousands soldiers, identified or not, have been buried in crypts or common tombs inside the mausoleum along with flags, arms, guns, projectiles and many other trophies used during the battle. 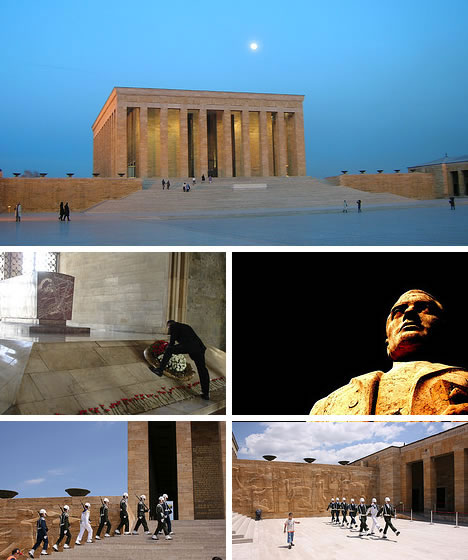 No visit to Ankara would be complete without seeing the Mustafa Kemal Ataturk Mausoleum. He was an army officer with great military capabilities, a revolutionary and the first President of Turkey. During the Turkish Independence War, he successfully led his soldiers to achieve the country’s liberation and most people consider him, the father of modern Turkey. The Mausoleum is a notable example of modern Turkish architecture with its three female and three male sculpted figures representing the transition from Ottoman traditionalism to modernity. His remains along with displays from his life, furniture and uniforms are available inside. 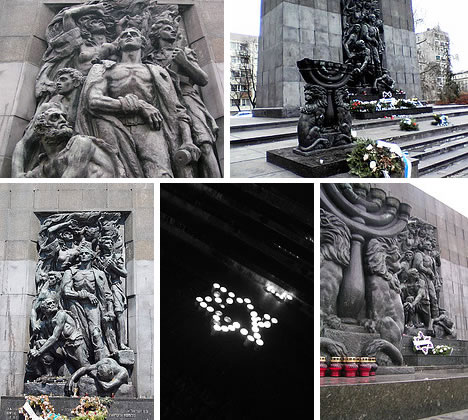 Located in the Heroes of the Ghetto Square in Warsaw, the monument (Pomnik Bohater Getta) was unveiled 5 years after the Jewish Ghetto Uprising. It was the largest Jewish Ghetto established in Warsaw during the city’s German Occupation in World War II, that started the first urban mass rebellion against the Nazis who wanted to deport them to extermination camps. Though they lived in appalling, over-crowded conditions that lead to diseases or starvation, these people fought against death and showed that they can be free. On the front there are young fighters running away from the burning ghetto, an injured man with a home-made grenade and a young woman who carries a gun, while the back of the monument is a little more touching with old people, women and children being taken to an extermination camp. 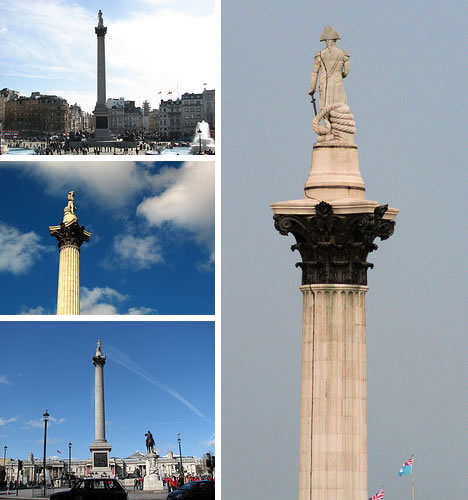 Nelson’s Column is located in Trafalgar Square, London, and was designed by architect William Railton in 1838. It’s an 18 feet sculpted statue standing on a 184 feet granite column and facing south, towards the Palace of Westminster. A great leader with a strong personality that always loved risk and had a courage close to madness, Horatio Nelson is a British Admiral famous for winning the Battle of Trafalgar in 1805 against the French-Spanish fleet. Military specialists considered it to be the biggest Royal British Marine victory of all times. 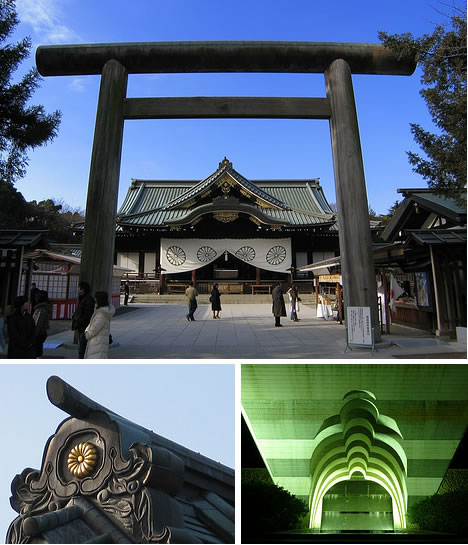 Dedicated to those who made the ultimate sacrifice to help build the foundation for a peaceful Japan, the Yasukuni Shrine was founded in 1869 and contains in the Book of Souls more than 2.5 million spirits (maki). It’s always been a controversy subject because more than one thousand people enshrined have been found guilty for war crimes while 14 of them were convicted as Class-A war criminals. Nevertheless the Yasukuni Shrine has a deep relationship with the Japanese imperial family which attends twice a year, during spring and autumn, major rituals where offerings from His Majesty the Emperor are dedicated to the “spirits”. Just next to the Shrine there’s a museum commemorating Japan’s wars, which shouldn’t be missed if you stop by. 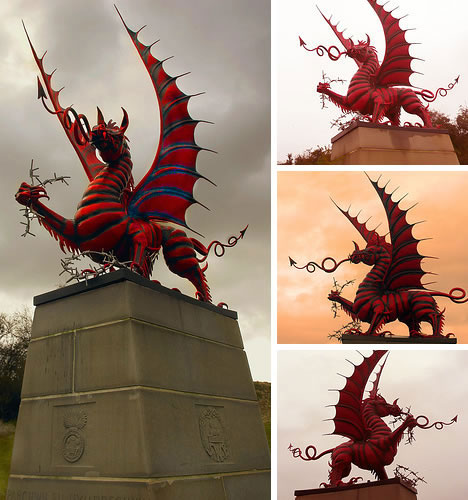 It was the 38th (Welsh) Infantry Division that was charged with taking Mametz Wood during the bloody Battle of the Somme on July 7, 1916. After five long days they managed to clear the woods of Germans, which cost them 4,000 deaths and casualties. This is how the 38th (Welsh) Division Memorial erected, with a defiant dragon (the Red Dragon of Wales was the division’s insignia) standing on a 10 feet plinth, facing the woods with the regimental cap badge of the South Wales Borderers carved on one side of the base. 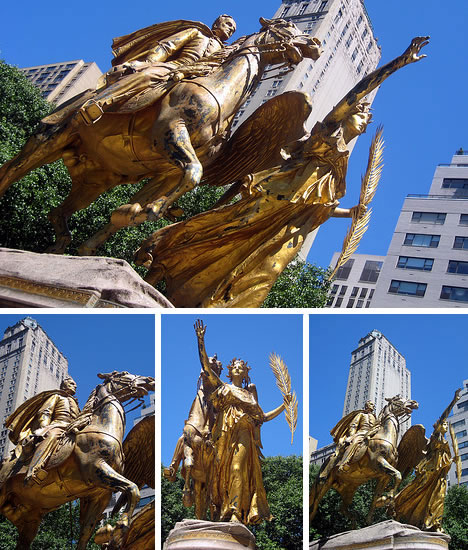 The centerpiece in Manhattan’s Grand Army Plaza, in New York City is a truly imposing gilded-bronze equestrian statue of the United States’ best known general, William Tecumseh Sherman on a horse. He fought during the California as well as in the Mexican War, and distinguished himself in the Vicksburg and Chattanooga campaigns of 1863. Built in 1903, the elegant and dignifying Sherman Monument is the work of master sculptor Augustus Saint-Gaudens who also did the allegorical figure of peace who’s leading Sherman, after his mistress, Davida Johnson. 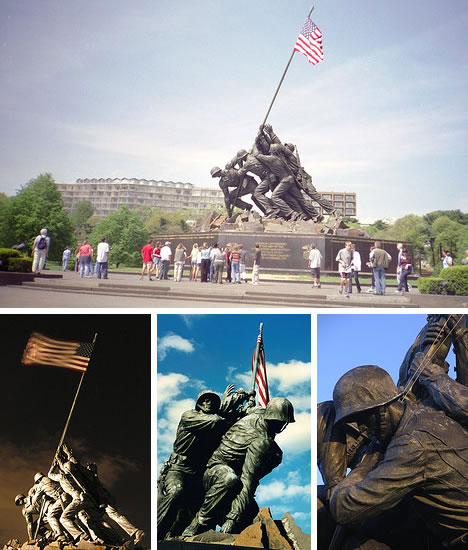 The Marine Corps War Memorial is located near the Arlington National Cemetery in Rosslyn, Virginia. Made of bronze and based on a photo of the Battle of Iwo Jima, it was dedicated to all personnel of the Marine Corps who died defending the country from 1775 onward. The monument features 6 marines (32 feet tall) sticking a US flag into the grounds, standing on a granite base where stays written “In honor and memory of the men of the United States Marine Corps who have given their lives to their country since 10 November 1775”. 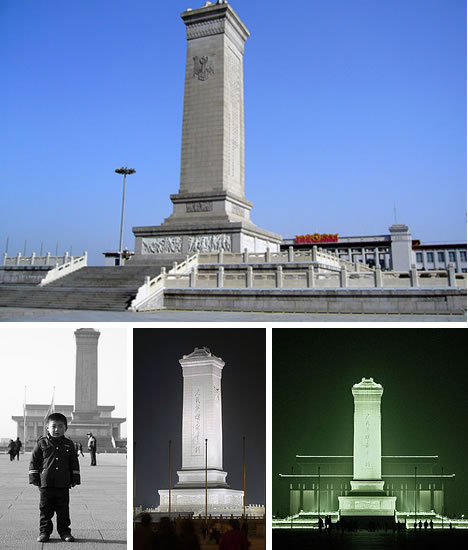 People’s Heroes Monument in Beijing is a ten-story obelisk located to the north of Mao Zedong’s mausoleum on the southern edge of Tiananmen Square. Designed by architect Liang Sicheng, the imposing marble and granite monument commemorates all those who lost their lives during the 19th and 20th centuries revolutions. The eight huge bas-relieves carved into white marble, cover the most important revolutionary episodes of the Chinese struggle, on the pedestal of the tablet. 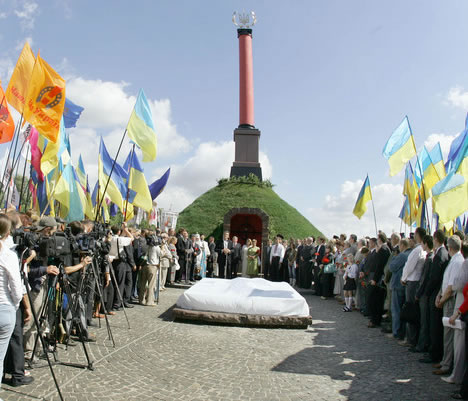 The Kruty Heroes Memorial is a 33 feet red column on a 23 high hill which commemorates the young university students who died fighting for the Independence of Ukraine, at the Battle of Kruty trying to delay the Bolshevik Red Army from invading the city. The events of the resistance to the Bolshevik army were hushed up in Soviet history and Ukrainians were forced to ignore them for many years. However, in August 2006, the memorial was dedicated.