What if you could create a fairly convincing image montage in mere minutes, using an online tool that automatically does all the work for you? It sounds insane, but five students from Tsinghua University in China and the National University of Singapore have created a program that does just that.

PhotoSketch allows users to create photomontages from basic stick-figure sketches – you don’t even have to have any kind of artistic talent to convey your idea. As explained in the video below, the tool takes a simple sketch of the desired montage elements and pulls photographs that correspond to them from Google, Flickr and Yahoo.

The program then decides from a variety of matching results which ones work together the best and merges each disparate image element into a cohesive whole. It even matches them to the scene with the correct color tones and adds shadows as needed. The whole process takes about 15 minutes. 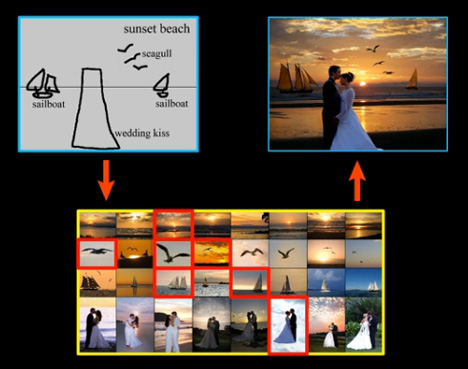 While PhotoSketch is remarkably easy to use, professional graphic designers needn’t worry about it replacing their skills anytime soon. The resulting image montages don’t exactly pass for real photographs, but could actually help designers and digital artists create quick concept images to present to clients, saving a considerable amount of time. 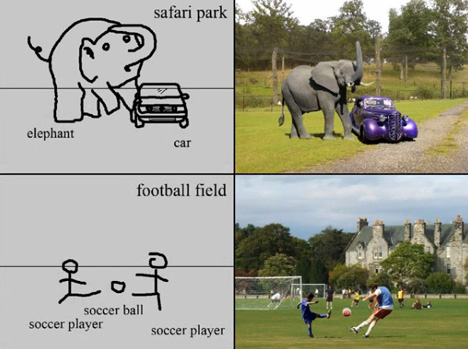 It doesn’t appear that the tool discriminates between copyrighted and Creative Commons images or compensates the creators of the original images in any way, which would create licensing issues unless the problem is addressed before the tool is made available to the public.  But, PhotoSketch does open up a whole new world of possibilities for the Photoshop-illiterate and professionals alike.