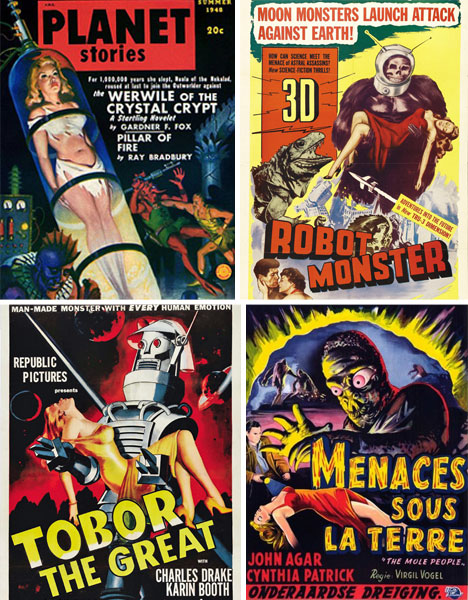 Vintage science fiction has as many damsels in distress as it has lurching robots and rubber-masked aliens. Despite the huge pantheon of films and novels about futuristic exploits, there’s always one thing that remains the same: There’s a beautiful woman who needs saving. 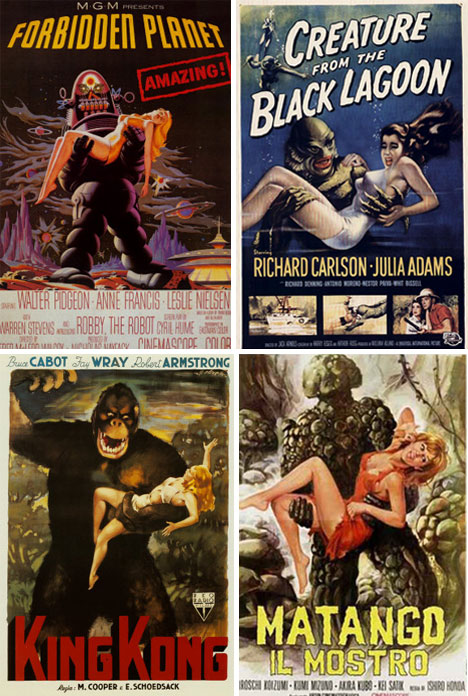 King Kong is likely the most famous woman-snatching creature in film, but he’s far from the only one. A quick tour of film posters from the last 40 years reveals an incredibly narrow artistic focus. Whether the creatures come from the middle of the earth, or a radioactive spill, or simply emerged from a silver shuttlecraft, the poster will always be the same. 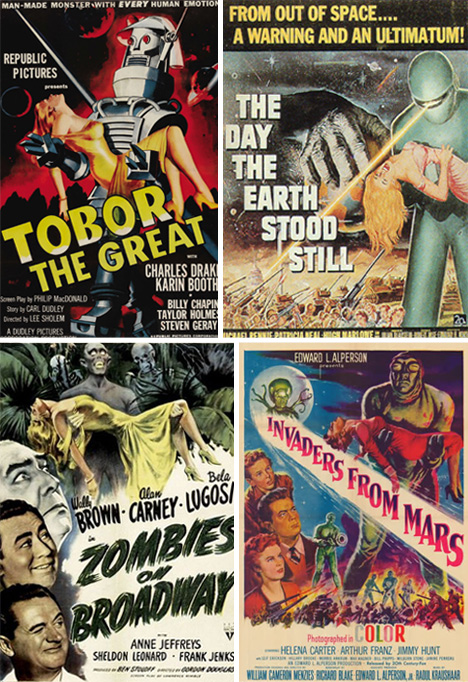 It’s not possible that so many films, B-rated or not, would have such consistent and cliched art direction, right? Wrong. One must give credit to the marketing teams of the time; they knew what sold. 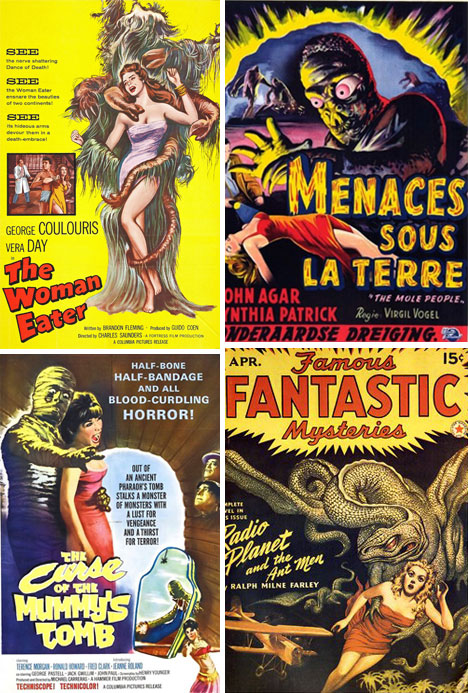 It’s no secret that a woman in trouble feeds directly into the adolescent boy’s biggest heroic fantasies. A damsel in distress, mixed with the right combination of special effects and mutant monsters, produces pure science fiction gold. 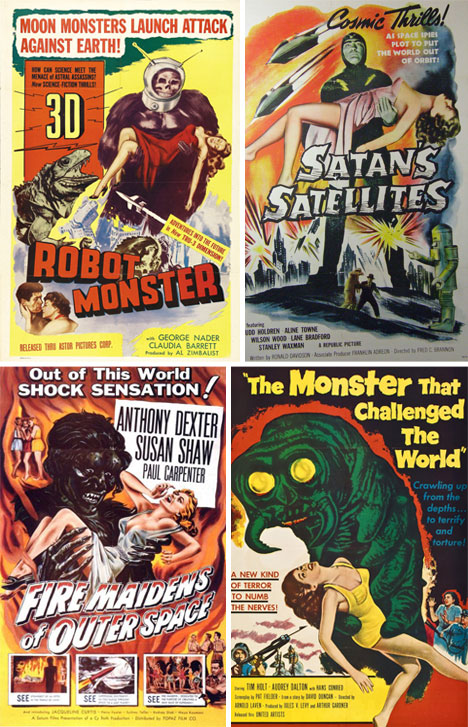 All a movie really needed in order to grab a young boy’s attention is a lot of latex masks, some billowing fog, and a women dressed in her finest. The lower the budget, the better. 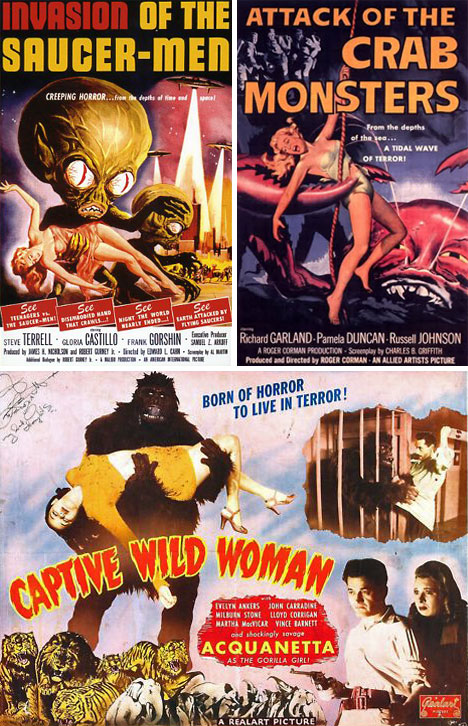 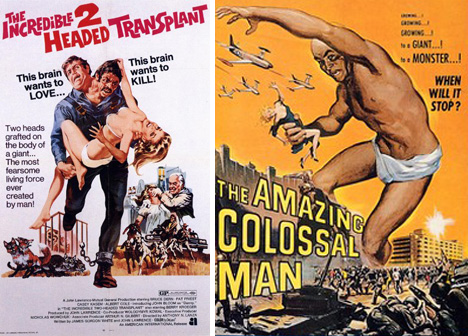 Some of the best posters hearken to the popular comics of the time. Epic, painted scene with larger than life characters were enough to lure any kid into stopping for a quick flick on a summer day. 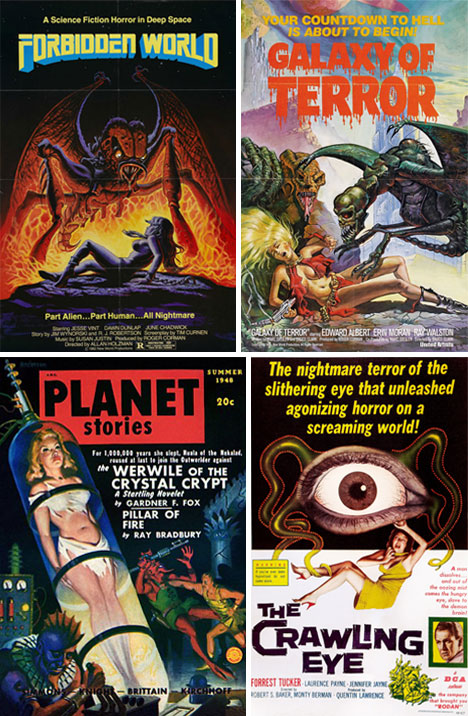 It’s easy to feel a bit frustrated at the sheer number of these cliched works of cover art, but it’s also important to remember the audience they were targeting. Modern sensibilities are much more sensitive to the equality of women, though this wasn’t an entirely foreign concept to film audiences in the last few decades. 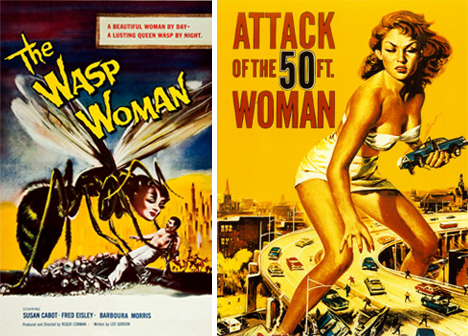 There are some women who exert a lot of power in these vintage films. Of course, the woman is either a deadly alien, or wearing some kind of futuristic bikini, or both… Maybe women empowerment was a bit foreign in these days. Baby steps!