Is it the human element that’s crucial in calling a creation ‘art,’ or does it still count even if it was made by a robot? Adding to the age-old debate attempting to define a fairly abstract concept, robotic art mimics human movements or transcends them altogether using all sorts of computer programs, magnets, pendulums and CNC machines. One even draws blood and uses it as ink to create a portrait of the artist in his own bodily fluids.

Robot Draws Artist’s Portrait in His Own Blood 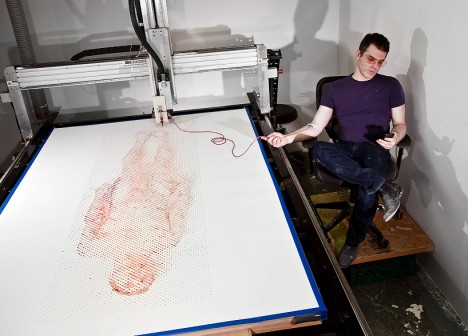 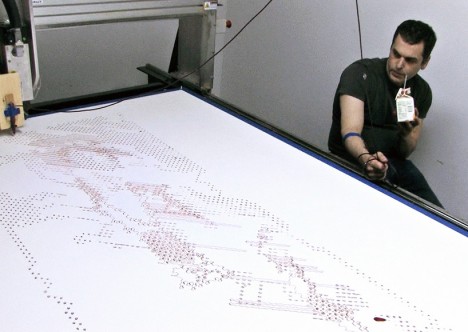 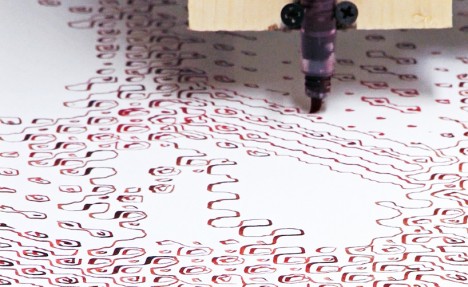 Artist Ted Lawson’s blood was fed intravenously straight to a CNC machine to paint his own portrait for ‘Ghost in the Machine.’ The project uses a robot arm to trace a programmed illustration in squiggly red lines. For Lawson, the experience was… draining. “I want to show the connection between our existential humanity and the ever-expanding technology that we use, are addicted to and rely on, as something deeply personal and very real. I’m trying to repeal the underlying code that is present in all things.” 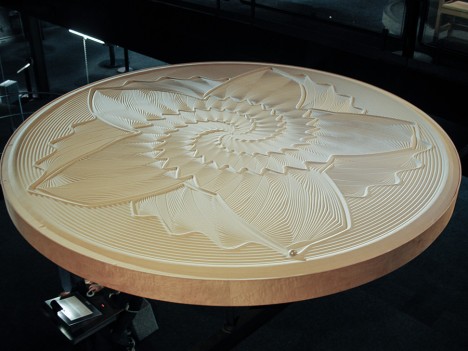 The Sisyphus machine by Bruce Shapiro automatically creates incredibly intricate drawings in sand using magnets, steel marbles and a computerized motion control system. It’s mesmerizing to watch, the patterns seemingly appearing out of nowhere, the steel balls moving all on their own. Shapiro is planning a tabletop consumer version. As Shapiro explains the name, “For the crime of cheating death, Sisyphus must push his boulder up the mountain only to have it roll back down each day. For all eternity.” 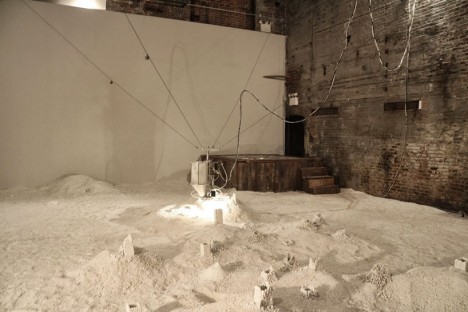 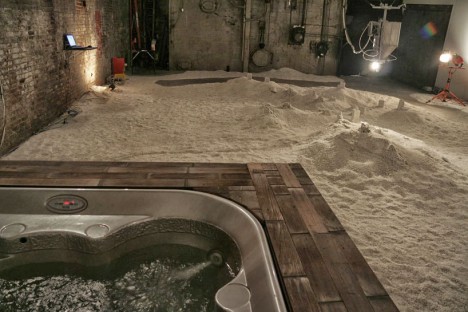 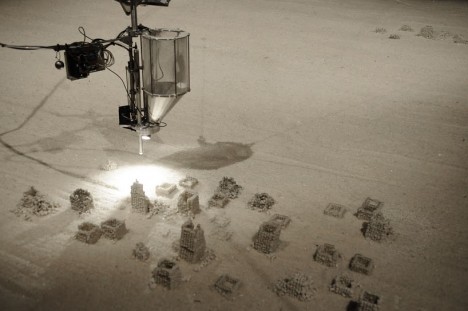 Watch from a hot tub as a robot plays in twelve tons of salt poured onto the entire floor of a gallery space, pushing and extruding it into abstract shapes resembling city skylines. Artist Jonathan Schipper’s installation ‘Detritus’ makes the viewers a destructive element in the scene, as their movement to and from the water destroys what the robot has created. “Objects are continuously being formed but, due to the fragility of the salt crystals used to make them, they deteriorate at nearly the same rate new ones are being built. This installation is an attempt to create a vantage point that is impossible in the real world. A vantage point that both condenses and speeds up time and provides an objective view of the things we value which, at times, we recognize as merely detritus.” 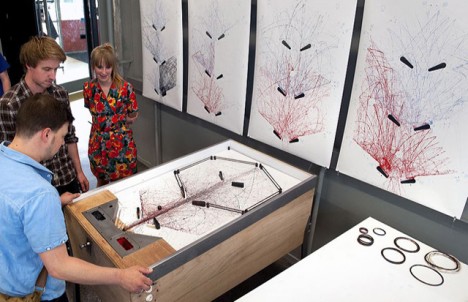 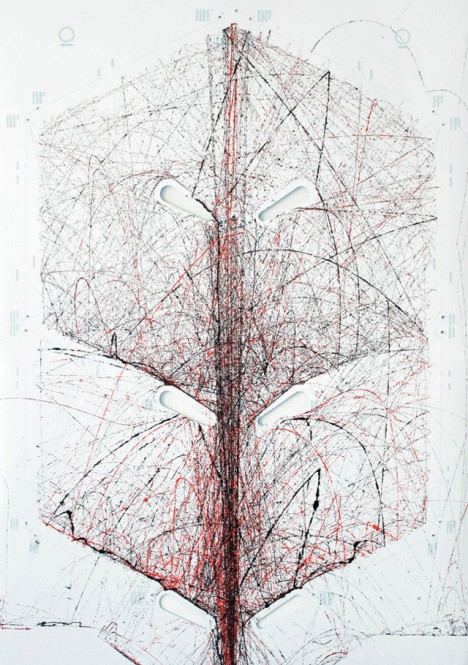 The movement of an ink-colored sphere is captured on a piece of paper, set within the guts of an old pinball machine. STYN by Sam van Doorn creates prints that get more complex depending on how good you are at the game. “In a time of digitization of the work process, you can easily forget the freedom and fun of play,” says the artist. “By creating new tools, you give yourself the opportunity to break free from standards in design.”

3D Drawing Machine Splits Your Vision to Help You Trace 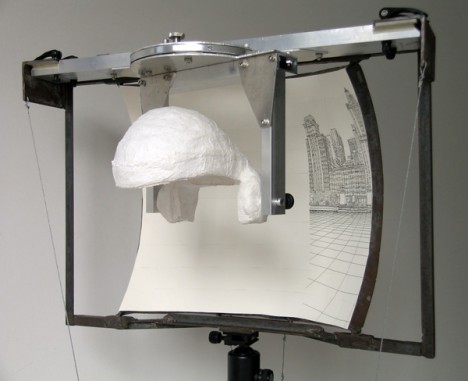 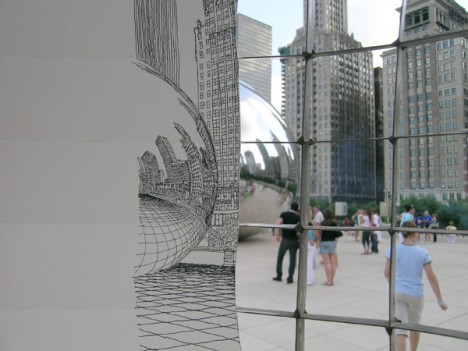 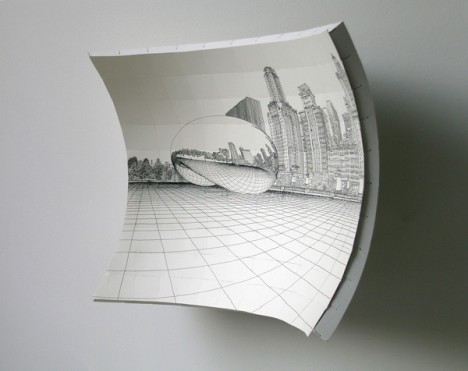 Not so confident in your artistic skills? While it’s not entirely autonomous, this machine will help you produce strikingly accurate drawings by screwing with your brain a little bit. ‘Vision’ splits your ocular system to create two images of your subject, so that you can trace one directly onto the curved surface before you.