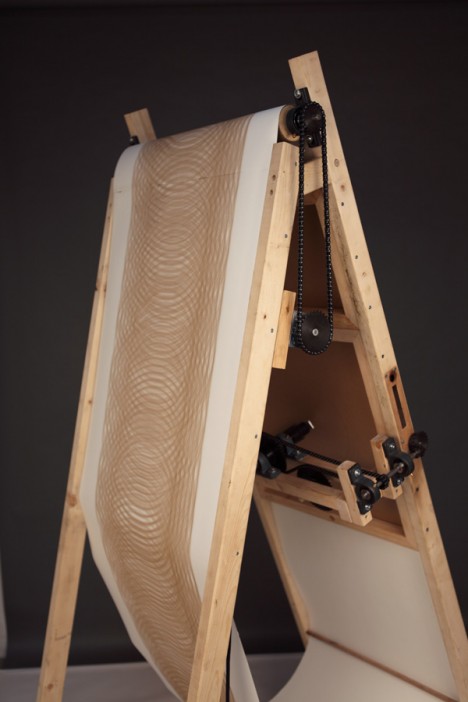 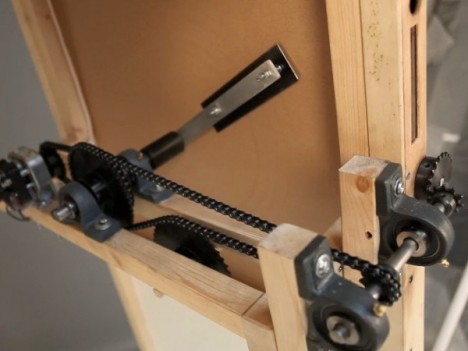 A robot controls a series of magnets hidden behind a sheet of paper to move iron fillings around, creating interactive kinetic drawings. As the filings move, they leave traces behind on the paper that gradually build up until a ‘history’ of movement is created. 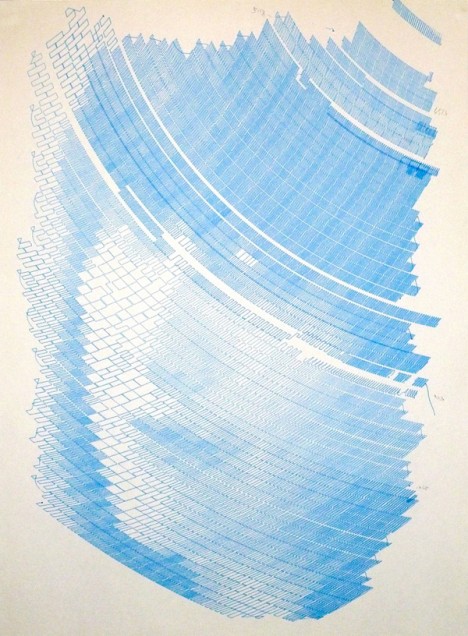 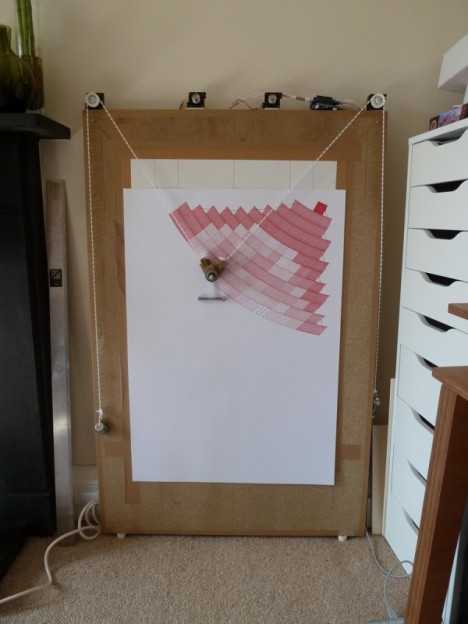 Two motors and some string manipulate a dangling pen across a piece of paper to create ‘Polargraphs.’ Designer and programmer Sandy Noble uses the Polargraph software to guide his robotic drawing machine, and offers instructions to build your own at Instructables. 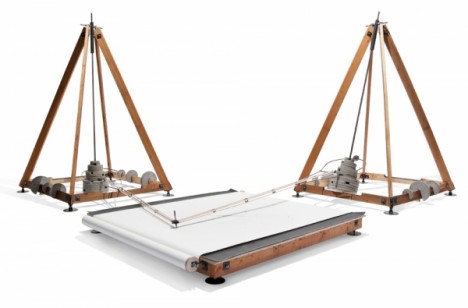 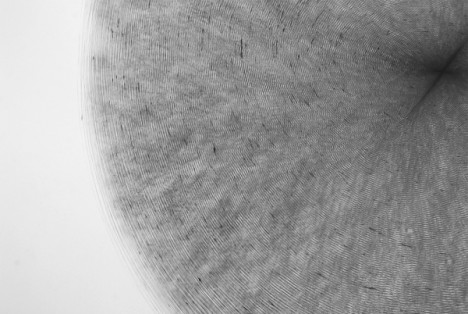 Two interlinked pendulums are suspended from a tower construction and connected using ‘drawing arms’ and movable joints, controlling a ballpoint pen, in this machine by Copenhagen-based artist and designer Eske Rex. “The pendulums are set in motion by hand, and their movements are represented on the paper. The movements of the pendulums affect the entire room, and the experience engages the beholder’s body. While the rhythmic repetitions cause the beholder to pause, the drawing emerges on the paper.” 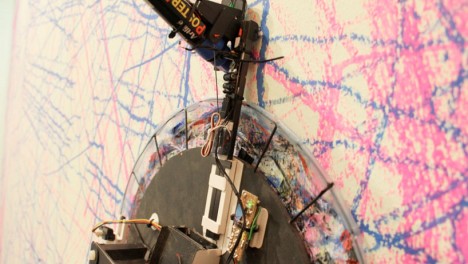 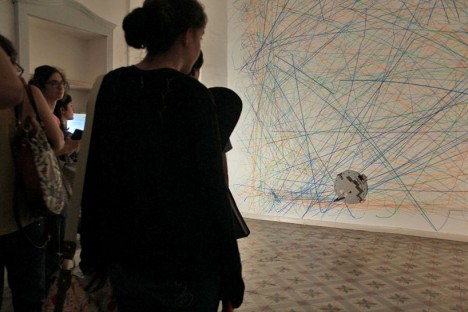 Not only does this robot create abstract large-scale drawings, it does so while clinging to vertical surfaces. Vertwalker by Berlin-based studio Sonice Development is equipped with a marker to create lines all over a given area, with sensors that keep it from roaming beyond the edge of the paper.