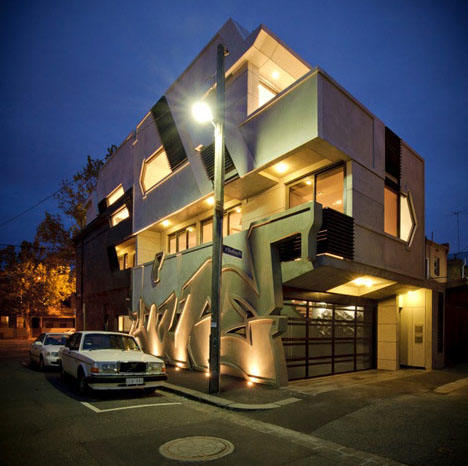 Architecture and graffiti are always a bit scandalous, as architects usually want anything but graffiti on the sides of their buildings. Not so in this structure, where the facade incorporates a giant three-dimensional tag. 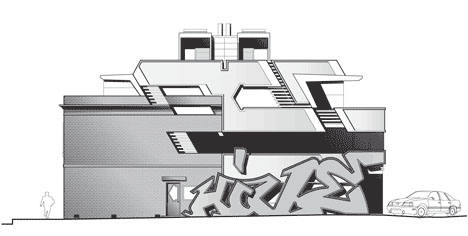 The complex, dubbed HIVE and built for an architect and street artist, has its title printed right into its walls, as well as other graphical elements like arrows that give the entire complex an urban dynamic. 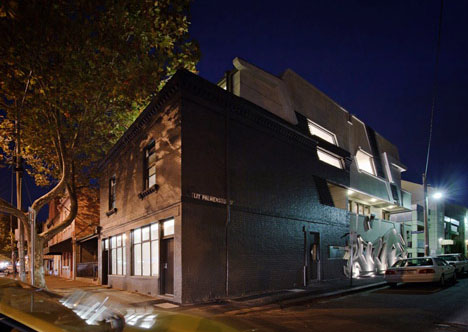 This project by ITN Architects dovetails into a tailor’s shop behind it, then transitions into an interior rivaling its complex exterior – all part of a theme of “hip hop buildings” being designed by this progressive firm. 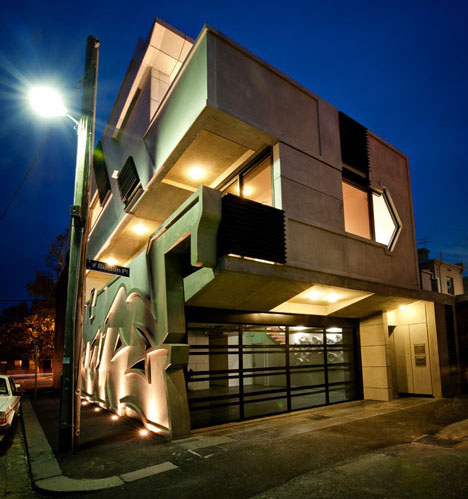 “The principle construction material is concrete, the use of which has been lent to the larger than life graffiti relief façade complete with arrows, swooshes and drips which has been knitted into the brick shell of an old Carlton shop. The urban street is celebrated by making permanent an ephemeral art.” 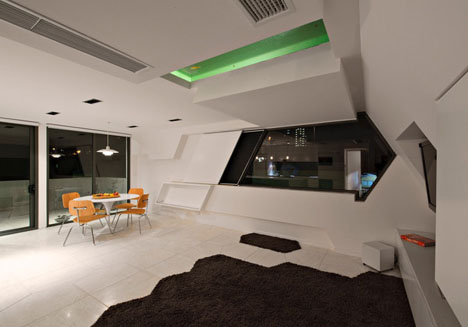 “The notion of hive as home has been extracted from the facade and reappears through the fitout in various guises. The slightly sci-fi interiors over four levels are shaped by the arrows and expressive hip hop language of the façade, the remnants of the existing brickwork and are worked into very compact planning on a small site.” 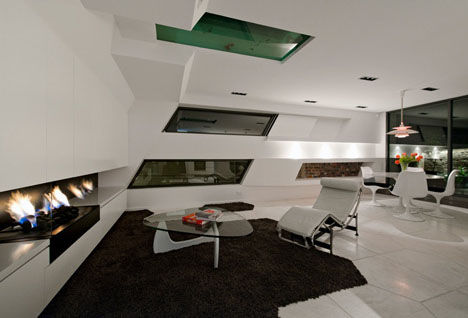 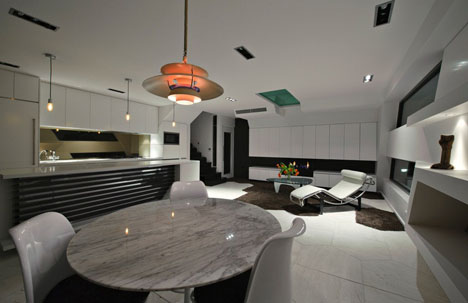 It is fitting for its context: Melbourne, Australia, is a widely-known regional capital of street artwork – it was perhaps only a matter of time before it became fully ingrained in the most fundamental building blocks of the surrounding urban fabric.