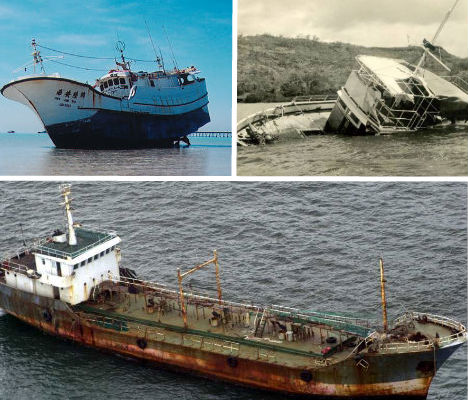 A lot of things can happen at sea – pirates, mutiny, murder and bad weather not to mention (if you’re so inclined) alien abductions, clashes with sea monsters and the mysterious workings of the Bermuda Triangle.  So perhaps it’s no wonder so many ships have turned up without their crew or passengers – but where’s the evidence of a struggle? From an unmanned ghost ship that’s been repeatedly spotted (and boarded) off the Alaskan coast to an apparent British crew kidnapping by a German submarine during World War I, these 10 abandoned vessels all share one thing: strange and seemingly unexplainable secrets. 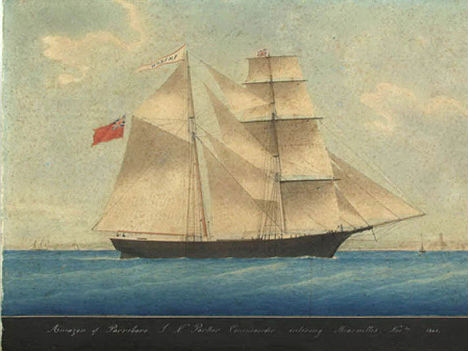 When it comes to describing the discovery of the apparently abandoned Mary Celeste in 1872, words like “spooky” and “unsettling” simply don’t cut it. This brigantine merchant ship was found in the Atlantic Ocean with its cargo and valuables completely untouched, packed with six months’ worth of food and water but not hide nor hair of a single passenger or crew member. Though its contents were wet and it was a bit worse for the wear, the ship was still seaworthy after being out for just a month. The fact that all reasonable explanations – from storms to piracy – seem to have been ruled out has spurred more outrageous theories of alien abduction or sea monster attacks. Today, the fate of the Mary Celeste remains one of history’s most famous and puzzling maritime mysteries – but this is far from the only story of its kind. 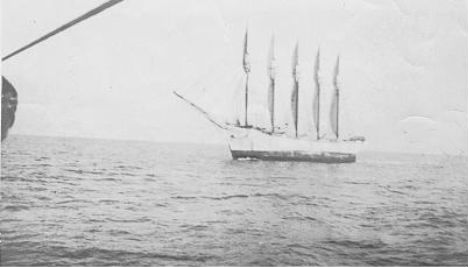 Was it mutiny, piracy, Communists or a bizarre supernatural experience in the Bermuda Triangle that robbed the Carroll A. Deering of her crew? This five-masted commercial schooner was on its way back from delivering a load of coal from Virginia to Rio, and during a supply stop in Barbados, the first mate was arrested for making threats against the supposedly interfering and not-so-sharp-eyed captain but was released on bail and forgiven before the ship moved on toward its destination of Norfolk, Virginia.

The ship was spotted when it hailed the Cape Lookout Lightship in North Carolina and a man with a foreign accent onboard told the lightship’s keeper that the vessel had lost its anchors. But the next time it was seen was when it ran aground in Cape Hatteras, North Carolina – the crew, their belongings, and the lifeboats all missing. The crew was never located, and the U.S. government has never come up with an official explanation, though they did consider foul play by rum runners or Communist pirates set on capturing American ships. Today, conspiracy theorists often use the Deering as an example of the mysteries of the Bermuda Triangle, despite the fact the ship was far away it by the time the crew disappeared. 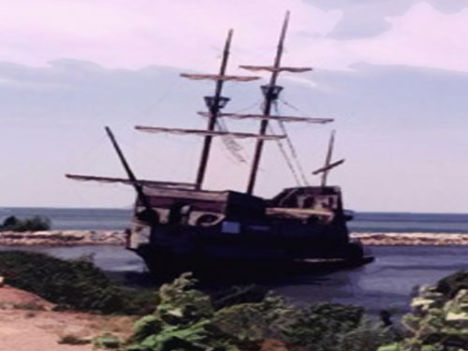 When a “classic style” schooner unlike any seen in Italy before was found off the coast of the island of Sardinia with no crew on board, it seemed like a repeat of the Mary Celeste – but this is no seemingly mythical tale from ages past. Spotted by the Italian Coast Guard in 2006, this ghost ship contained a half-eaten meal of Egyptian food, French maps of North African seas, a pile of clothes, a flag of Luxembourg and a wooden plaque bearing the name ‘Bel Amica’. Italian authorities found that the ship had never been registered in any country. Because the ship was misidentified as an antique in the press, a tsunami of public interest surrounded the case – but it was soon revealed to be a modern yacht belonging to a Luxembourg man who likely didn’t register it for tax evasion purposes. 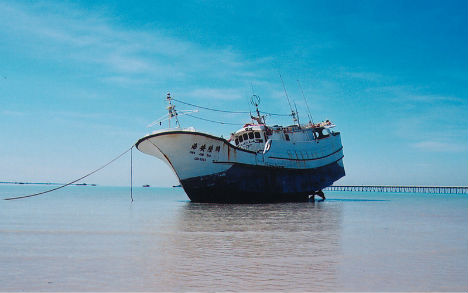 Murder, mutiny and rotting fish – the story of the High Aim 6 is a strange one. This Taiwanese ship was found drifting in Australian waters without its crew in 2003, though plenty of fuel and provisions remained onboard, along with the crew’s personal belongings and a hold full of stinky seafood. A forensic examination could find no sign of a struggle, and a search of 7,300 nautical miles turned up no clues – but 10 days after the ship was discovered, calls were still being made from Indonesia on the cell phone of the ship’s missing engineer. The only crew member ever tracked down claimed that the captain and engineer were murdered and the crew headed back to their homes, but no reason was ever given. 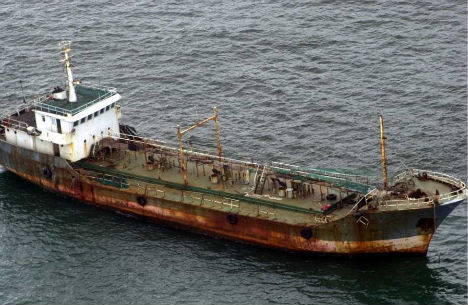 A lot of illegal activity goes on in the world’s oceans, from illegal fishing to human trafficking. So, when mysterious ships of unknown origin turn up, they’re automatically suspicious. The Jian Seng is just one such ship, spotted drifting into uncharted waters near Queensland, Australia in 2006, but once Australian Customs officials boarded the ship they couldn’t find evidence of recent human activity at all. In fact, the ship had been stripped, with its name and identifying features painted over, and contained nothing but a large amount of rice. Ultimately, since no owner could be found, the ship was intentionally sunken. 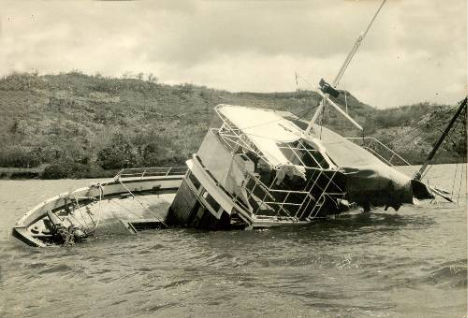 The MV Joyita may have been an “unsinkable” ship, but she wasn’t immune to other problems. With 25 passengers and crew onboard, the Joyita disappeared in the South Pacific in 1955.  Five weeks after the ship was reported overdue, it was spotted off-course partially submerged and missing four tons of cargo including medical supplies, timber, food and empty oil drums. The radio was tuned to the international marine distress channel, the lifeboats were gone and blood-stained bandages were found. Some believe that the captain was injured or killed and that the passengers and crew felt they had no choice but to abandon the ship – but that still doesn’t explain the missing cargo. 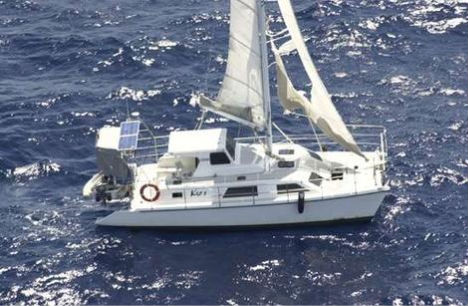 On April 15th, 2007, three men set out on a journey along the coast of Australia – and three days later, their ship turned up drifting toward the Great Barrier Reef with everything perfectly in place. Everything, that is, except for the men themselves, who were missing. Food was set out on the table, a laptop was open and still turned on, all of the boat’s emergency systems were fully functional and life jackets hung neatly on their hooks. Since the seas were choppy and none of the men were wearing a life jacket, it has been hypothesized that one of the men fell overboard and the others perished trying to save him. 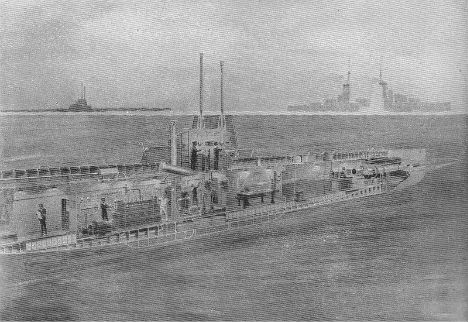 Yet another ship found without its crew was the Zebrina, a 3-masted sailing barge that left a port in Southern England in October 1917 with a cargo hold full of coal bound for Saint-Brieuc, France. When the ship was found in France aground and abandoned but in good shape two days later, it seemed that some kind of conflict related to World War I was to blame – like perhaps the threat of gunfire from a German submarine like the one pictured above. Did the U-boat that threatened the Zebrina force the crew onboard, and then retreat when it spotted an Allied ship nearby? Perhaps – some people believe that this hypothetical submarine was later sunken itself, hence the fact that Zebrina’s crew was never seen again. 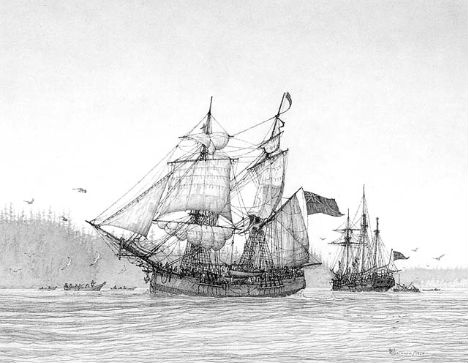 “May 4, 1823. No food for 71 days. I am the only one left alive.” The captain who wrote this message was still sitting in a chair with a pen in his hand when this message was found in his logbook a full 17 years later. His body, and those of the other 6 people onboard the British schooner ‘Jenny‘, had been preserved by the frigid Antarctic weather which had ensnared the ship in ice and led to their deaths.The crew of the whaling ship that discovered Jenny so long after this disaster buried the passengers – including a dog – at sea. 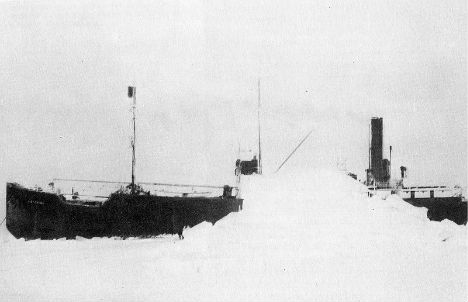 Used to trade pelts for provisions in Inuit settlements along the north coast of Canada, the SS Baychimo was no stranger to harsh conditions. This 230-foot cargo steamer had just been freed from pack ice a week earlier when it got stuck even worse on October 8th, 1931, leading over half of its crew to abandon it while 15 remained to wait out the winter nearby in a wooden shelter that they built. When a blizzard struck on November 24, the ship was later found to be missing and assumed sunken… but it turned up three days later, 45 miles away. The crew gathered up the cargo and abandoned the ship, believing it wouldn’t survive the winter, but once again it did not sink. Over the next several decades, sightings of the Baychimo were reported all over the coast, and some people even boarded the ship. It was last seen stuck in ice off the Alaskan Coast in 1969. Did it finally sink? Maybe – or maybe it will turn up once again.