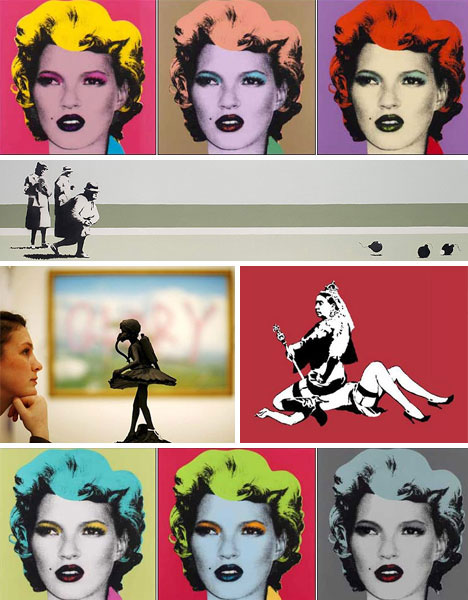 Most of Banksy’s art is given away for free – including the ‘framed’ images on his own website and, of course, anything he paints on a public or private surface he doesn’t own. Some of his works, from the sides of houses to framed paintings, have been sold for hundreds of thousands of dollars. The art shown above was variously bought by celebrities and anonymous bidders at prices that would pay for an entire house to draw on.

The works shown above include Kate Moss paintings sold in Sotheby’s London, Bombing Middle England, Ballerina With Action Man Parts and Queen Victoria as a Lesbian purchased by Christina Aguilera.