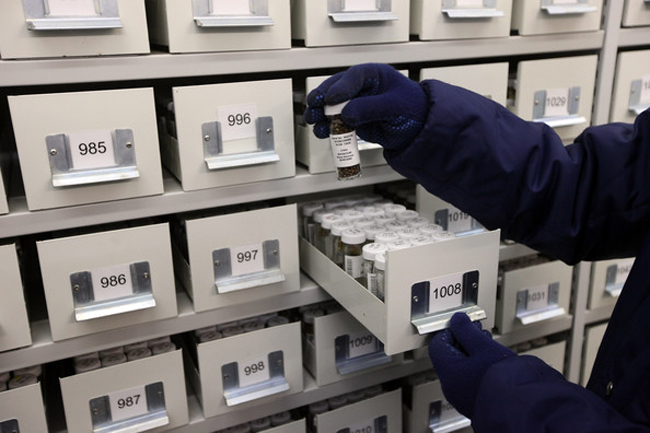 By some predictions, Earth will become nearly uninhabitable within just a few generations – and between now and then, one of the most damaging events will be the loss of genetically diverse food crops. Luckily, there are some pretty smart folks out there who are dedicated to keeping seeds safe for the future. Whether it be on a grand, global scale or just a grassroots (pardon the pun) movement at a local library, these seed storage sites might prove to be an incredibly important part of the future of the human race. 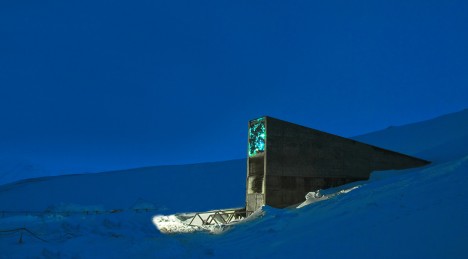 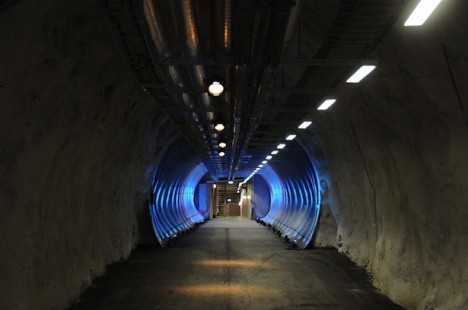 This is perhaps the mother of all seed vaults. Tucked away on a frigid island near the North Pole, Svalbard is the backup storage vault for 1,750 other seed banks all over the world. If other seed collections are damaged or lost due to a global crisis, the Svalbard Global Seed Vault is the place we’ll go to begin rebuilding the Earth’s vegetation. 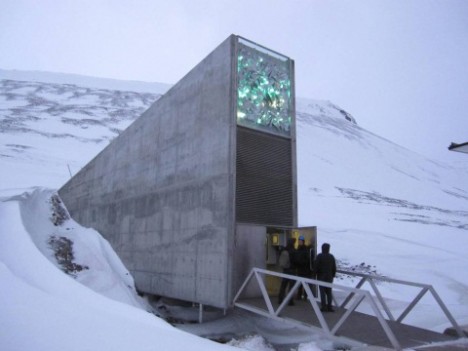 The permanently frozen, difficult-to-access, post-apocalyptic location wasn’t chosen by chance – this was a calculated decision based on careful foresight. The vault is set nearly 400 feet into a sandstone mountain on Spitsbergen Island. Although no permanent staff are assigned to guard the vault, the structure has an impressive security system that would foil even the most nefarious of seed stealers. When an organization deposits seeds, only they are able to access the boxes containing those seeds; the organizations retain ownership, making Svalbard simply a storage and preservation facility for the good of the planet.

Furthermore, the site is favored for its lack of seismic activity and its altitude; at 430 feet above sea level, the vault would be spared from flooding even if the polar ice caps melt. The site’s permafrost is ideal for storage of genetic material, as well. Even if the vault’s refrigeration units were to fail, it would take several weeks for the interior temperature to rise from its stable -0.4° F to the ambient temperature of 27° F. 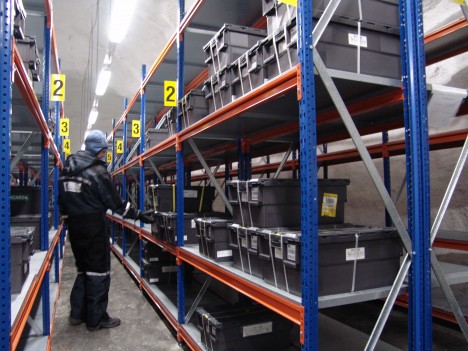 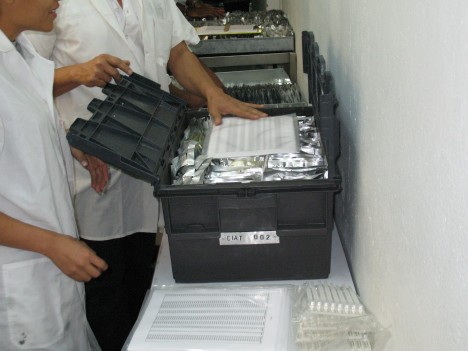 As of 2015 – seven years after the facility opened – approximately 4000 plant species are preserved in the vault, with a total of around 840,000 total samples. The facility has the capacity to store a total of 4.5 million samples. Besides being an important part of the future of humankind, Svalbard is an incredibly cool-looking facility that would be equally effective as a supervillain hideout. 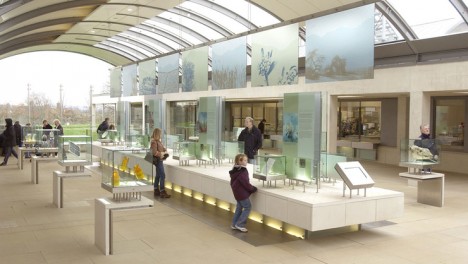 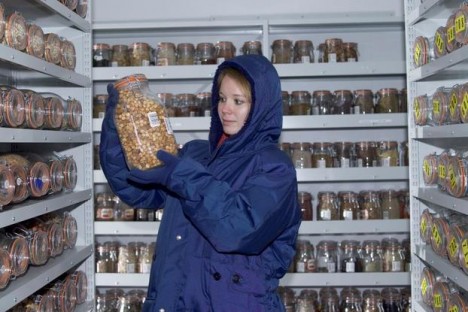 The Kew Royal Botanic Gardens is a must-see destination in England, but their conservation arm is equally fascinating. According to the Millennium Seed Bank Partnership, between 60,000 and 100,000 species of plants are in danger of extinction – this number represents approximately one-fourth of all of Earth’s plants. Most of the threat to plants comes from human activities such as over-exploitation and poor farming practices. 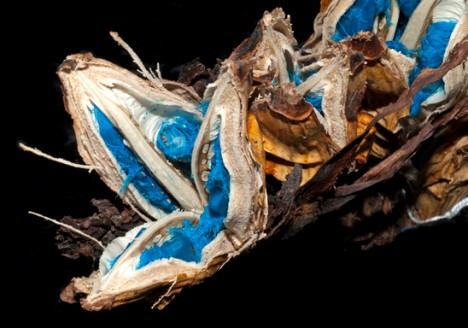 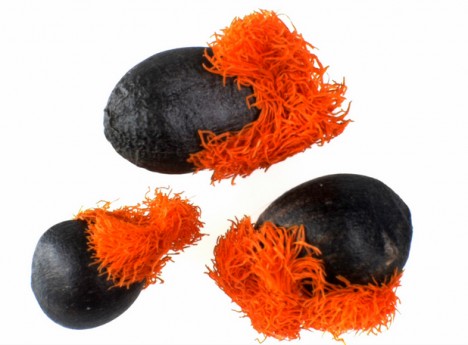 The Seed Bank’s mission is to preserve these endangered plants – as well as those that are not yet in danger of extinction – for the good of the planet and all of the living things occupying it. Partnering with more than 80 countries worldwide, the Millennium Seed Bank has collected seeds from 34,088 wild plant species, representing more than 13% of wild species from around the world. Their goal is to raise that number to 25% by 2020. 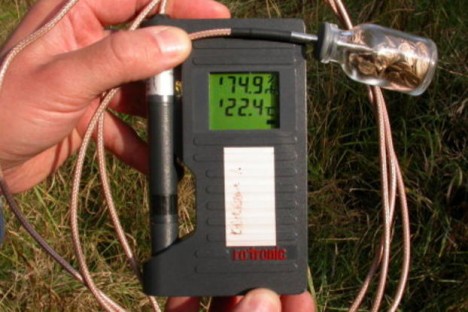 Researchers at the seed bank study the properties and value of each plant variety and produce more seeds to increase biodiversity in plants all over the planet. They also study optimal storage conditions for the seeds and try to determine why some seeds die during preservation. Their research can help future generations of conservationists store valuable seeds more effectively. 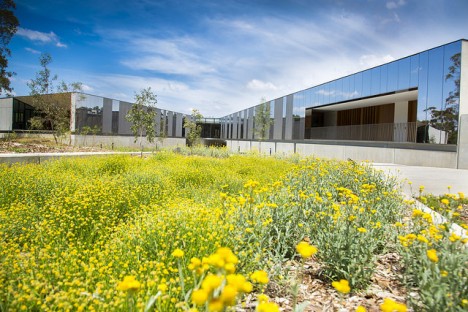 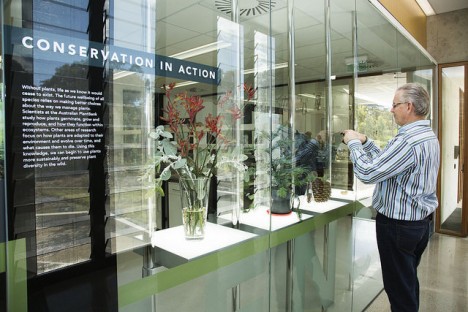 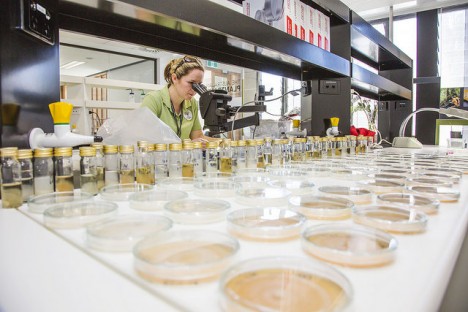 In the seed vault, more than 10,035 collections of wild-sourced seeds are preserved, totaling a staggering 100 million individual seeds. The seeds represent 4669 species, mostly collected from NSW in an effort to conserve the complex and unique area’s native plants. More than 600 plant species are considered endangered in NSW alone. 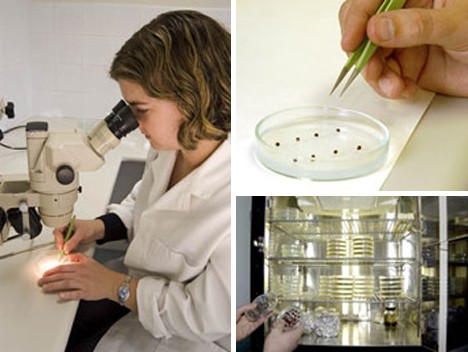 Seeds and tissue samples are regularly tested for health and viability to ensure that the facility isn’t simply housing millions of dead seeds. The PlantBank researchers point out that, while in storage, plant species do not have the ability to evolve and adapt to changing conditions. Therefore, any seed or tissue sample that is banked today is a “snapshot” of the plant’s genetic makeup today.