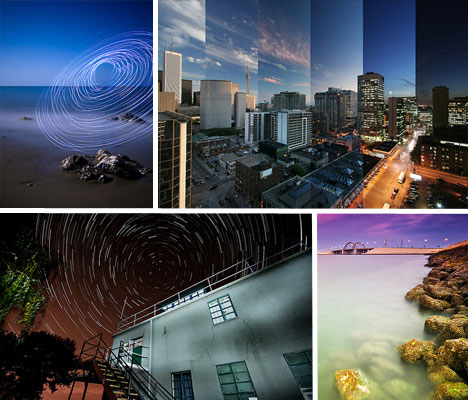 Unlike a conventional snapshot, time-lapse and long-exposure photography capture a series of movements instead of just a frozen split-second.  Time lapse photos seem to tell a story, while long exposures create ghostly effects like transparent silhouettes, eerily still water and star trails. Here are 12 photographers who have used these techniques to create striking images that capture energy and action, even in the most serene of landscapes. 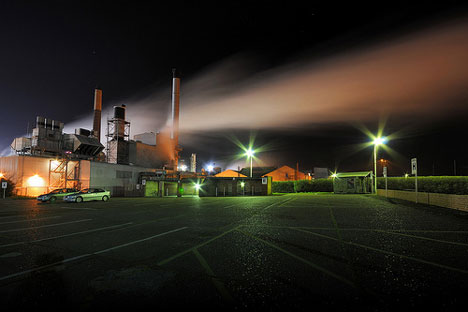 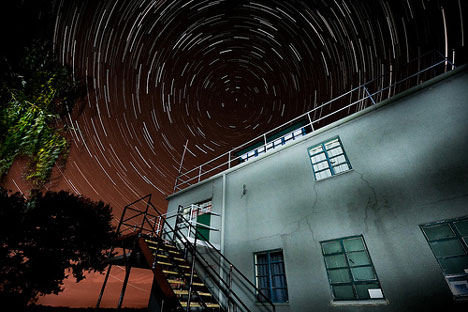 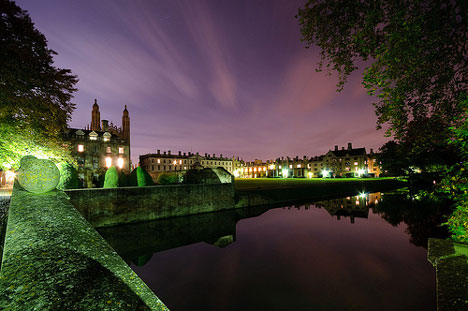 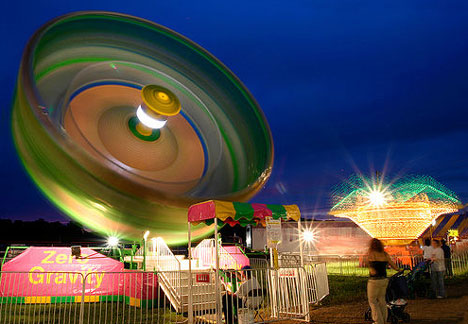 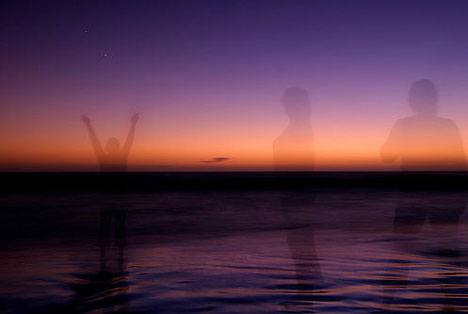 In Sara Heinrichs’ long-exposure photo of a ride at a carnival, the spinning wheel in its hues of pink, green, blue and yellow almost looks like a UFO made of candy. Heinrichs also uses the long exposure technique to create an image with ghostly silhouettes against an ocean sunset background. She stood in front of the camera and held each pose for about five seconds during the 25-second exposure. 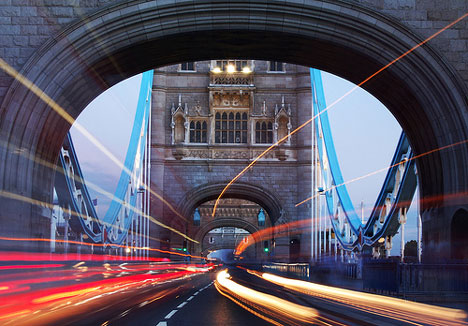 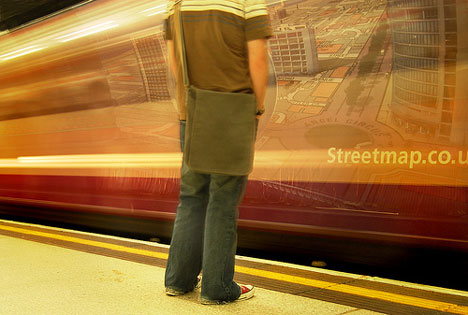 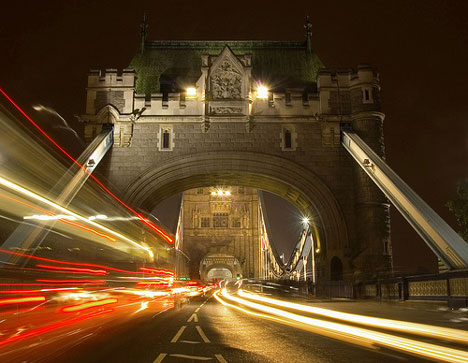 The work of a British photographer known only as MSH* manages to capture the frenetic energy of London yet somehow imbibe it with a magical, fluid, slow-motion feel. These urban images are long exposures taken with a Nikon D50 and are taken from viewpoints that make you feel as if you’re a part of the action. 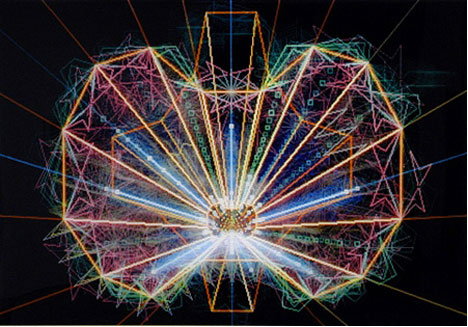 New York based visual artist Rosemarie Fiore created this time lapse photo, entitled ‘Tempest I’, by playing 80’s arcade games and photographing them at one frame per second. The black background and simple, colorful graphics on these retro games allowed for quite an interesting layering effect. 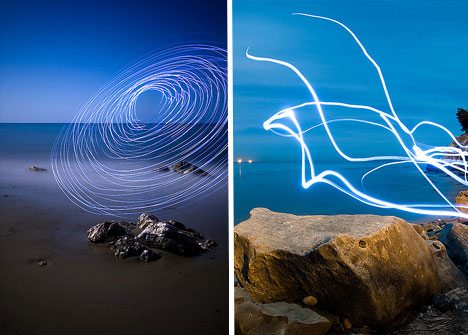 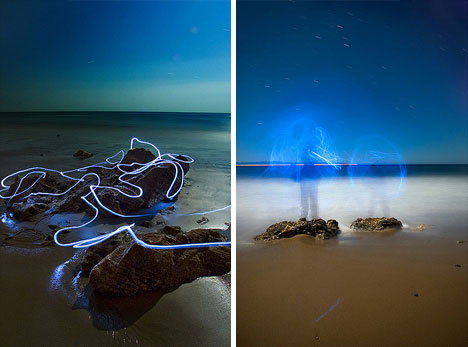 Toby Keller of Burnblue Photography in Santa Barbara specializes in night photography – specifically, ‘light painting’ which involves moving flashlights around in front of the open shutter of a camera. These long-exposure photographs are also referred to as ‘light graffiti’. 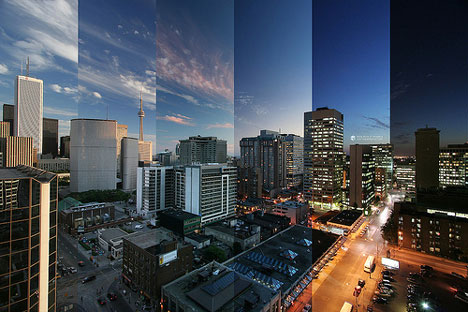 Sam Javanrouh is the man behind top photography blog daily dose of imagery, and a talented photographer in his own right. Javanrouh created the top time-lapse photo out of six photos shot in about a two hour time frame in downtown Toronto. To achieve this effect, Javanrouh uses ‘Pclix’, a device that allows you to trigger the shutter of your digital camera at much shorter intervals than is possible manually. 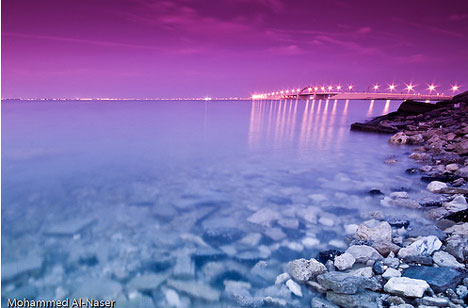 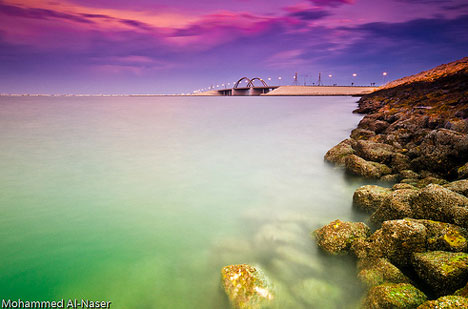 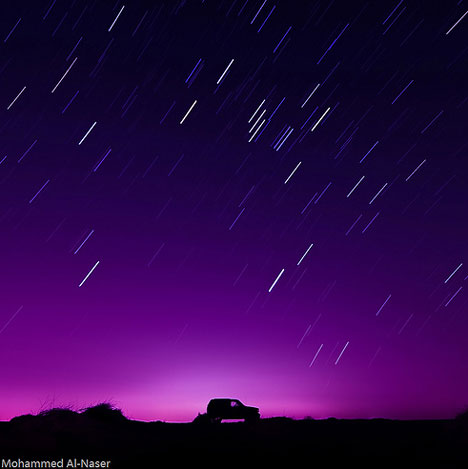 Mohammed Al-Naser’s long exposure techniques turn the landscapes in Bahrain into what seem like vividly colored, dreamlike windows into another world. Al-Naser uses a Nikon D300 with an ND filter to achieve these effects. 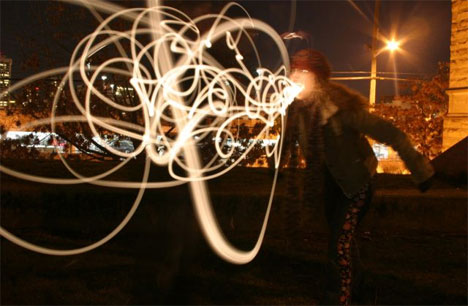 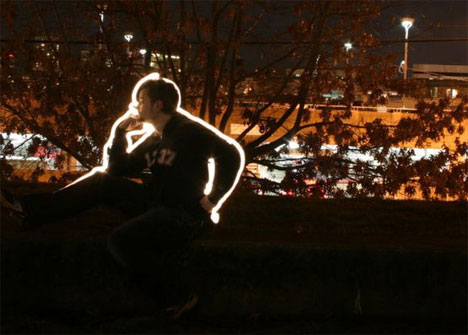 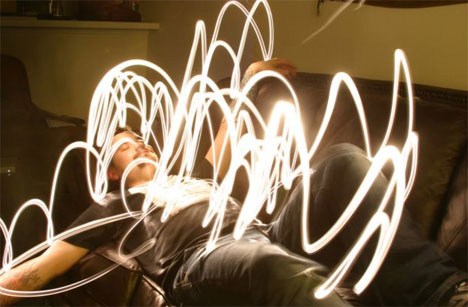 An SLR camera, a tripod and a flashlight are all you need to create long-exposure ‘light graffiti’ photos like these ones by Brenda Ferguson. It takes a lot of skill to do more complex designs, because it’s like drawing blind – you can’t see what you’ve already ‘drawn’ in with your flashlight while creating the design. 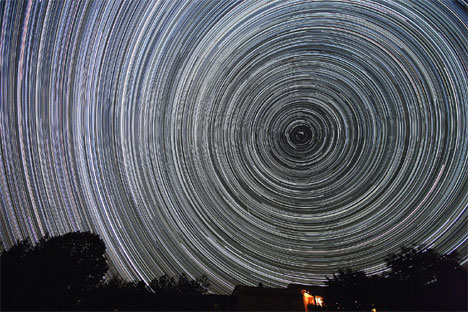 It’s difficult to ascertain who took this photograph, but it’s one of the most stunning examples of time-lapse star trail photography on the ‘net. It shows the movements of stars throughout an entire night, for an intriguing effect that’s almost dizzying if you look at it too long. 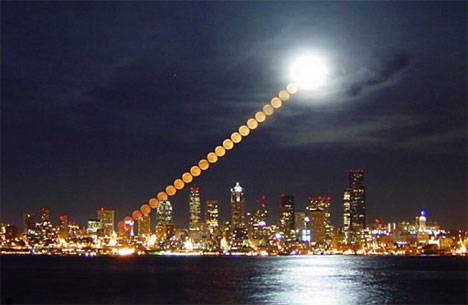 This time-lapse photograph of the moon rising over Seattle proves that even though low-hanging moons look larger than life to the human eye, it’s all an illusion. To the camera, the moon appears to be the same size regardless of its location in the sky.

Director Michel Gondry (Eternal Sunshine of the Spotless Mind, Be Kind Rewind) made this time-lapse music video for Lacquer’s “Behind”, compressing a cross-country trip from New York City to Los Angeles into 4 minutes. The video consists of digitally fast forwarded time lapse 16mm photography shot from a rig set up in the back seat. The entire 7-day journey was shot at one frame per second of driving. Gondry made a similar video for Dick Annegarn’s “Soleil du soir”.