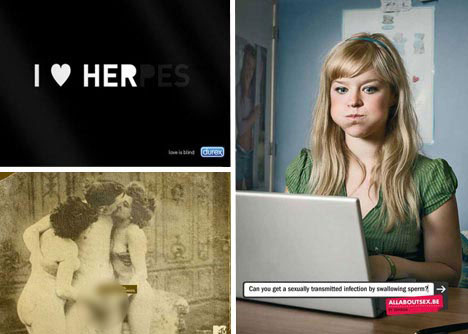 Decades ago, it was taboo to mention sex on television or in advertising. Thankfully, times have changed and adults can now be much more open about their sexuality. Sex is no longer repressed as if it’s a dirty secret, and marketing minds have finally figured out that sex sells. Sex as entertainment is now widely available from places such as TubeVSEX in a way that it never has been before. With the sex-saturation in the media came the need for public service announcements about safe sex, and a market for creative condom advertisements was born. It’s sexy to be safe. 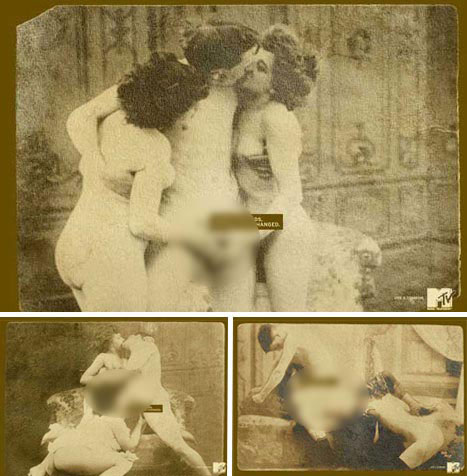 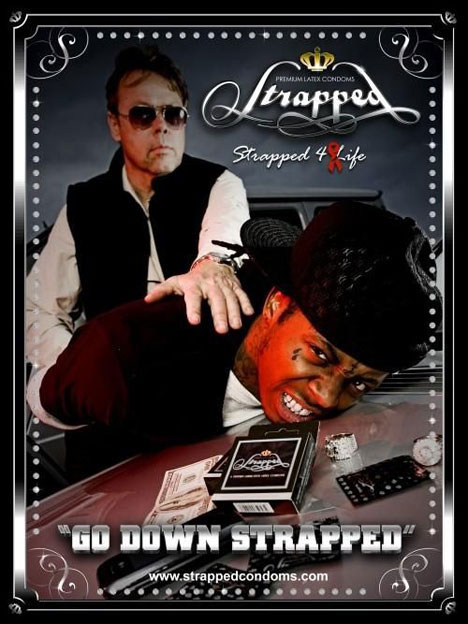 All About the Children 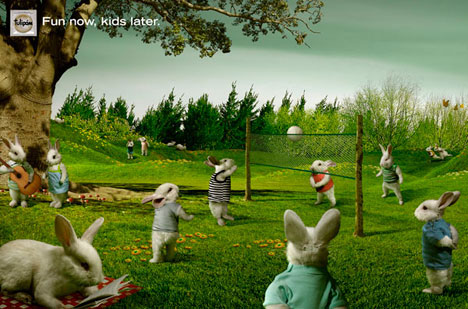 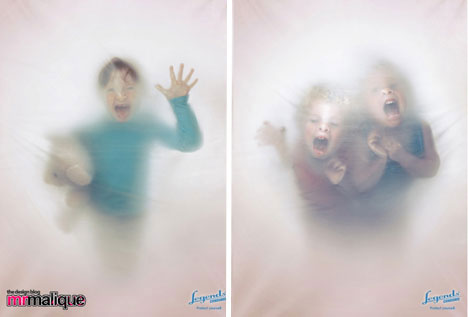 The possibility of an unplanned pregnancy is another valid scare tactic used in safe sex advertising. These ads creatively get the message across that not playing it safe can make you a parent. The children trapped behind the latex barriers in the ads above serve as excellent visuals about one of the most important virtues of condoms. 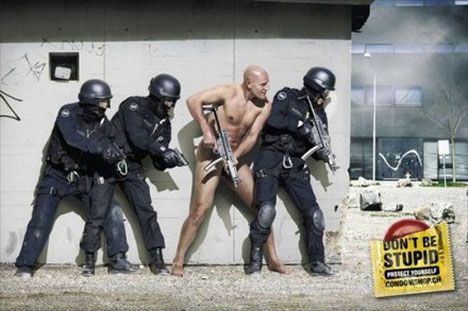 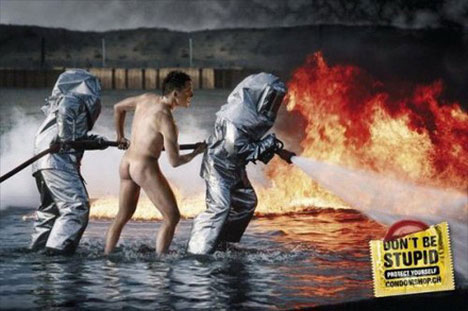 You wouldn’t go willingly into any other situation as dangerous as sex without protection. These ads point out that unprotected sex is just as stupid as needlessly risking your life in other ways. These simple, yet striking images illustrate the very real danger of losing your life when the common sense decision to protect yourself is ignored.

The Gift of Science 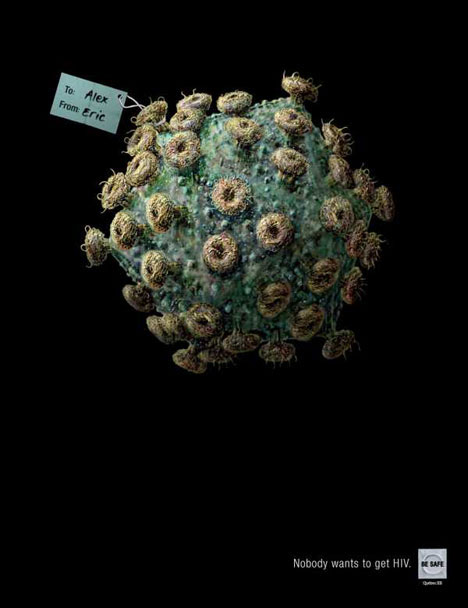 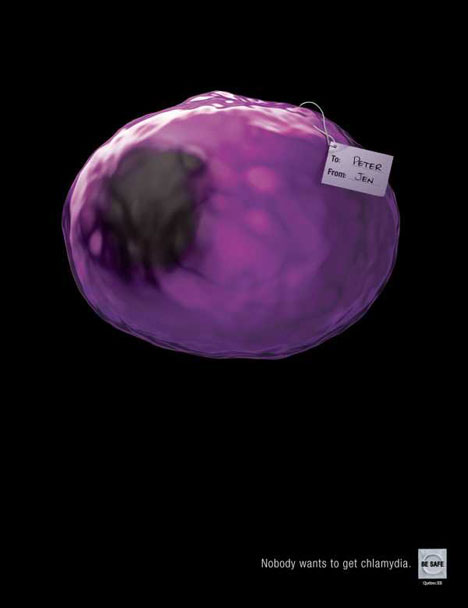 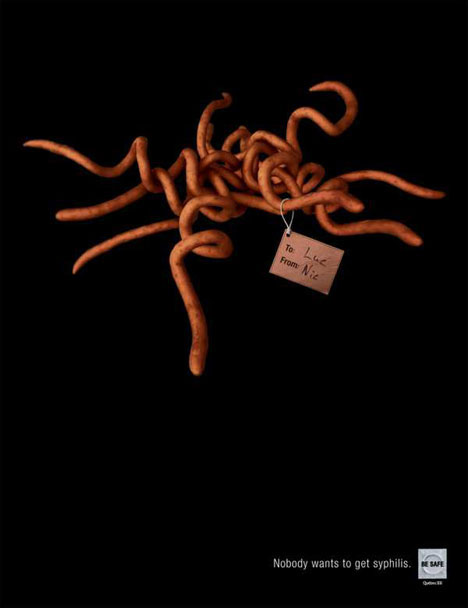 Science isn’t always sexy. These STD awareness ads are stark and to the point. By using bold images representing the nasty organisms that cause AIDS, syphilis and chlamydia and stating the obvious – that nobody wants these gifts that keep on giving – hopefully the “Be Safe” message comes across loud and clear. 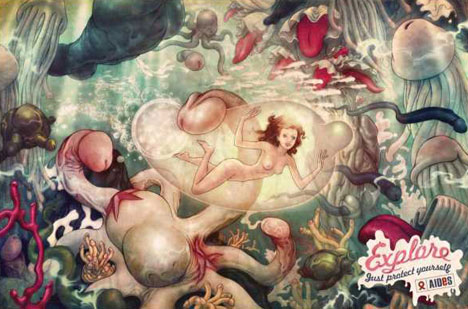 Mainstream safe sex ads are never anti-sex. In fact, the point of most of these ads is that safe sex should be fully enjoyed. This AIDS awareness ad goes further than most with suggestive abstract imagery. While the ad is not as clear-cut as many, it is bold and effectively conveys the message to explore your sexuality, but to protect yourself while having fun. 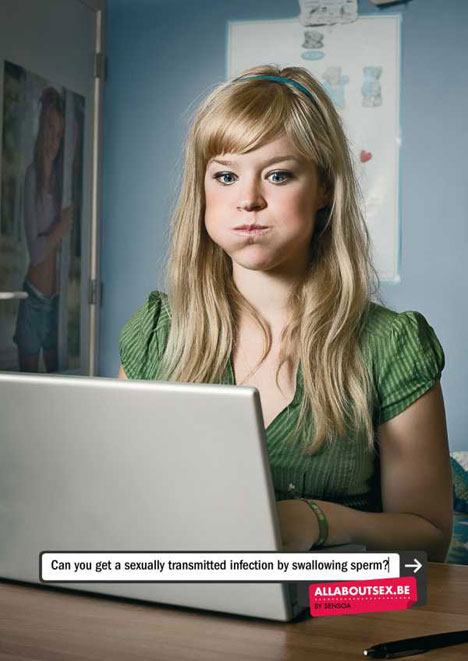 This is the safe sex ad that is hated by men everywhere. While most safe sex ads promote the use of condoms, this one shifts focus to the dangers of unprotected oral sex. The ad brings up a seldom asked question, with an answer that may be surprising to some people. AllAboutSex.be promotes safer sex practices through information and education. 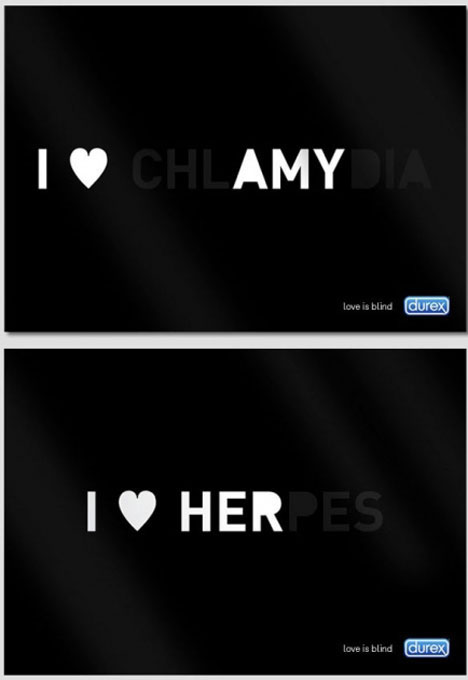 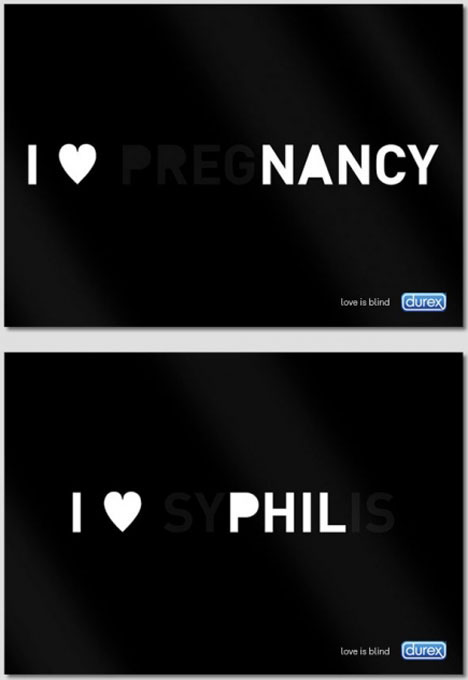 These clever ads for Durex condoms use a play on words approach to spread the message that things are not always as they seem. By strategically concealing part of what’s there, something sweet and entirely harmless is seen. However, as you can see by the full picture, danger lurks just below the surface. The same in very much true in life, and the concept of these ads brilliantly exposes the analogy. The message of all these ads is clear, safe sex is the only way to go.