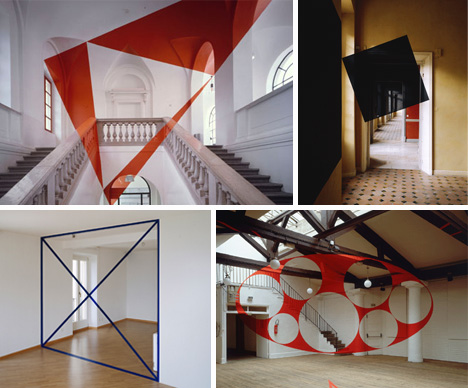 It’s often said that there are no unique ideas out there – only unique means of executing those ideas. Swiss artist Felice Varini, however, has been executing his incredibly unique ides in a unique way since 1978. His singular style of geometric painting calls into question our ideas about complex art pieces and the interaction between art and viewer. 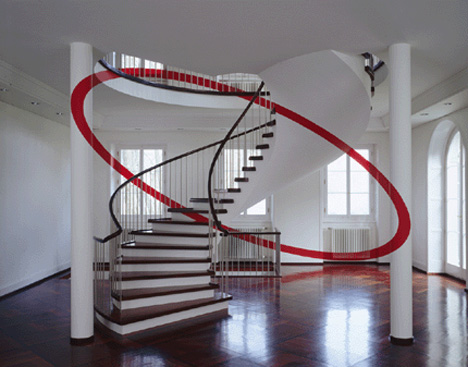 Upon seeing Varini’s work for the first time, most people react by claiming it’s fake. Indeed, when looking at a photograph of a Varini painting from the vantage point, the painted object does appear to float in mid-air, like it’s been overlaid in Photoshop. But once you see the same painting from outside of the vantage point, it’s clear that the piece was created in real life without the use of computer trickery. He paints shapes and geometric patterns in three-dimensional spaces, so that when the viewer sees the piece from a specific vantage point it makes sense, but when viewed from outside of the vantage point the shape appears skewed and distorted. 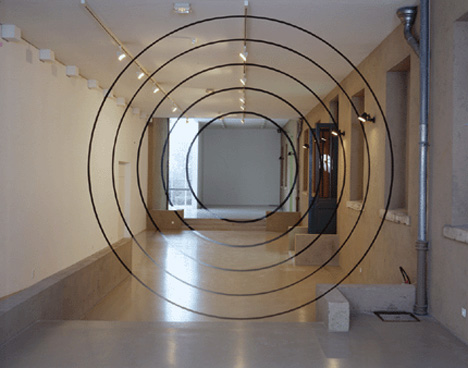 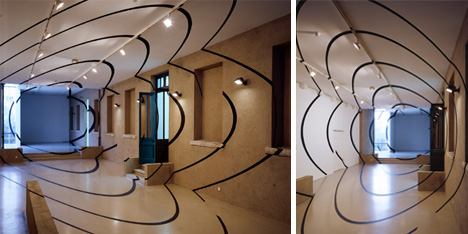 Though the technique looks incredibly complicated, Varini insists that “anyone can do it.” He says that his type of painting requires no special talent; rather, it requires thinking and choosing the right spaces. The spaces he tends to choose are wide-open interior spaces, such as museums and hallways, or exterior locations like rooftops or even entire villages. His goal, he says, is to explore aspects of the space that have heretofore been ignored. 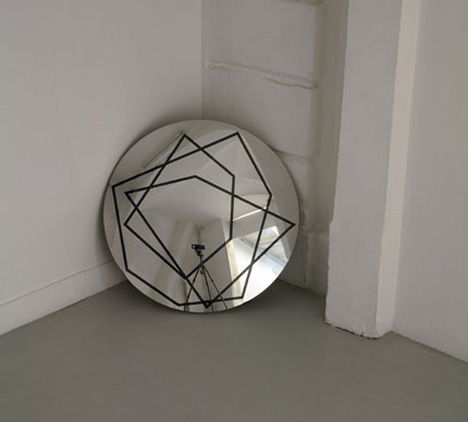 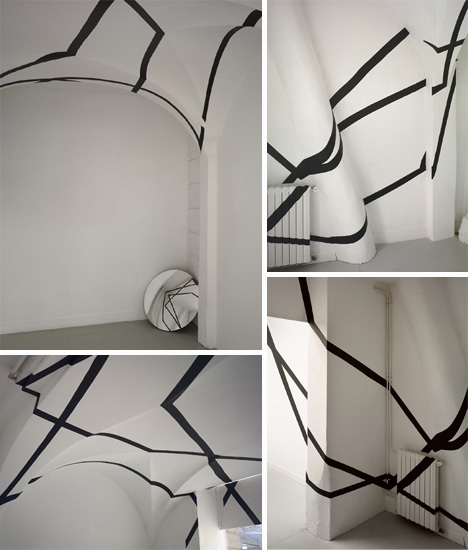 Although you can only see the complete, sensical painting from one specific vantage point, Varini insists that the most important aspect of his paintings is what lies outside of the vantage point. The myriad configurations viewable from every other possible aspect are what keep him inspired to continue creating these complex paintings. While the vantage point offers a predictable view, looking at the piece from any other spot creates an entirely new and unpredictable experience. 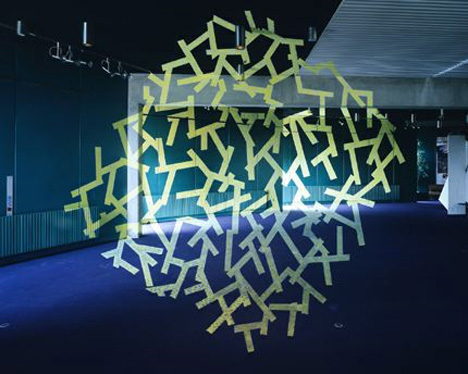 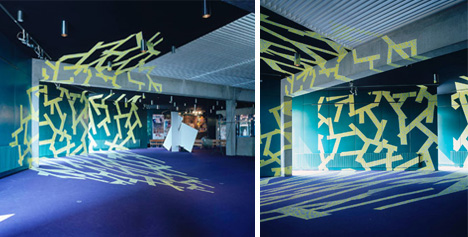 Thinking and creating much different than most other artists, Varini has indicated that he never considers the viewer when creating his paintings. He doesn’t consider how the pieces may someday be seen because he doesn’t know how or from where the viewer will see them. He simply creates a piece of art and sets it free to have an independent existence. According to Varini, the viewer can see the piece, be part of the piece, or even walk through it without noticing it or being able to identify it. 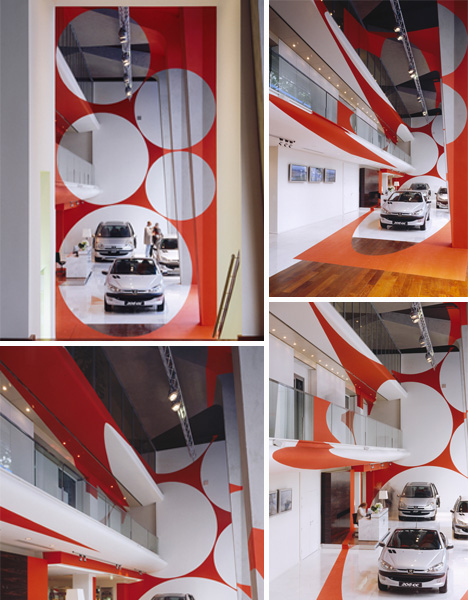 In the artist’s words, from an interview with Poetic Mind:

“Everyone knows how a circle or a square looks like. My concern is what happens outside the vantage point of view. Where is the painting then? Where is the painter? The painter is obviously out of the work, and so the painting is alone and totally abstract, made of many shapes. The painting exists as a whole, with its complete shape as well as the fragments; it is not born to create specific shapes that need to satisfy the viewer. The paintings are not defined by the understanding of the viewer or what the viewer sees, but rather exist in their own right, and have their own relation to the three-dimensional space in which they were created. I work with the reality itself, with nature.” 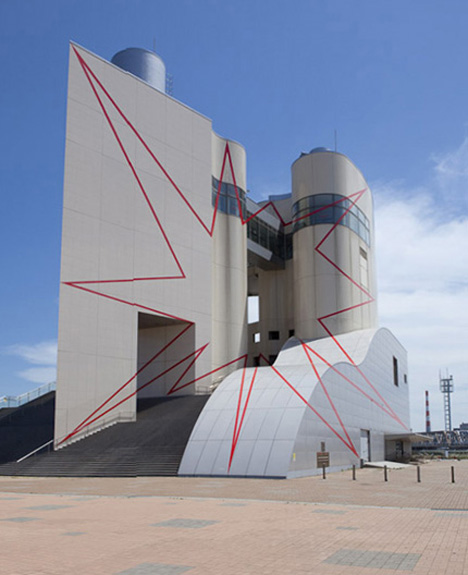 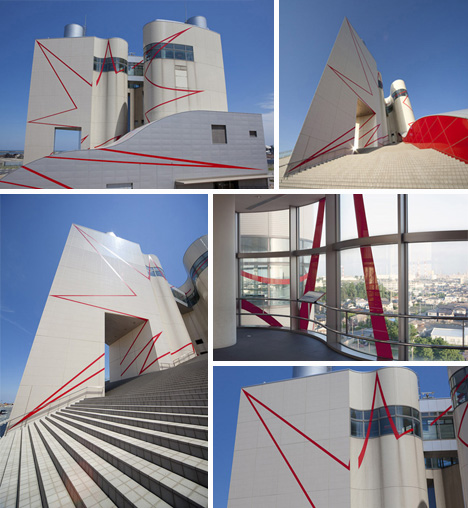 Although he creates his paintings on-site and usually on a large scale, Felice Varini does not consider himself an installation artist. He calls himself a painter, because regardless of where or how his art is realized, it is – at its core – a series of complex and beautiful paintings.