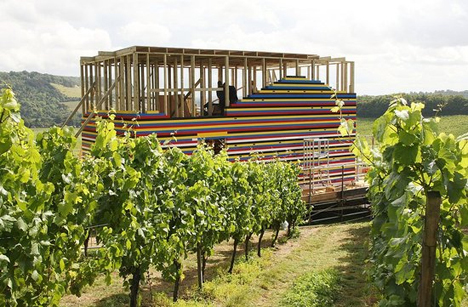 Who didn’t want to live in a house of Lego bricks as a child? James May, host of a new BBC series called James May’s Toy Stories (also a life-long toy enthusiast and the host of Top Gear) had to wait until adulthood, but he’s finally fulfilling that dream. The television personality intends to live in the world’s first life-size Lego house for a few days – “or until it falls down,” according to him. When the building is finished, furniture will be moved in for the temporary resident. 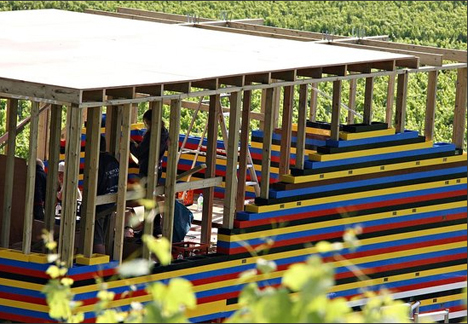 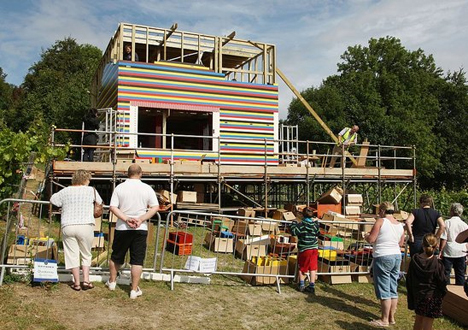 The house is being built at Denbies Wine Estate in Dorking, Surrey. Construction began on August 17th, with many helpers coming out beforehand to construct bricks of Lego pieces. Overall, more than 2000 people have aided in the construction of the plastic house, which is two stories tall and includes working doors, a bedroom, toilet, shower and staircase. 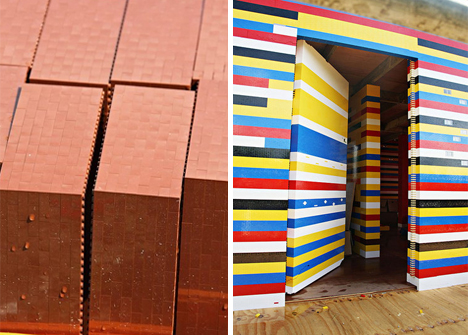 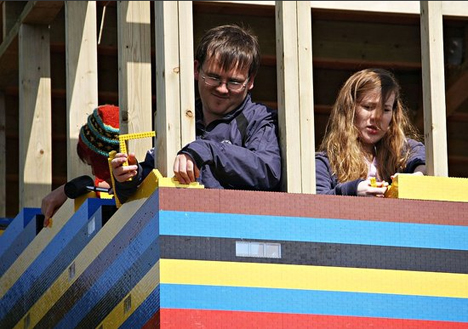 The building project was delayed several times due to health and safety regulations: the crew had to prove that the plastic bricks were suitable building materials. Building a life-size house of Lego bricks is one thing; someone safely living in said house for two or three days is another question entirely. The project was allowed to continue, however, and the roof is scheduled to be installed on September 5-6, 2009. 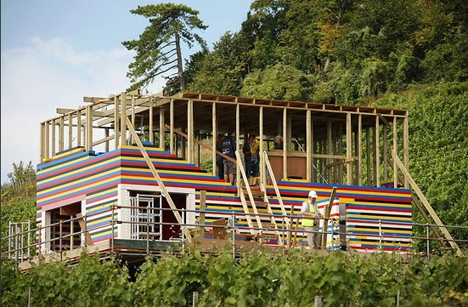 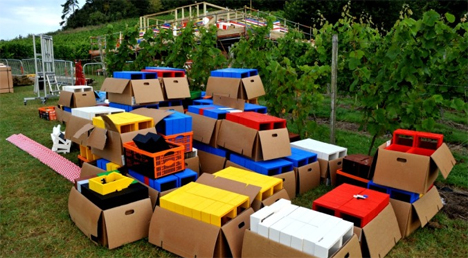 When all is said and done, more than two million Lego pieces will have been used to construct this two-story house. While the construction started out with volunteers clicking the bricks together, a qualified project manager, Victor Andrews, is now in charge of the build. James May has been very involved in the construction, phoning the site often and dropping in to help out with the build while filming scenes for his show. The construction site has become a tourist attraction for toy enthusiasts and curious parties who wonder just how this plastic house will hold up.