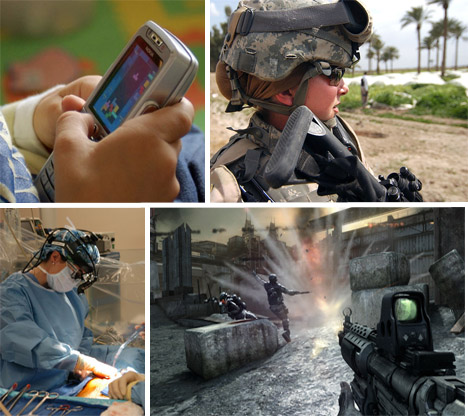 Tired of headlines like these? “Gamers most likely to suddenly die in the street”, “Warcraft Ate My Boyfriend” and so on? Us too. Ever since video gaming leapt from nerdy male-only, teen-only pastime into the socially diverse billion-dollar industry it is today, it has struggled to shake off a reputation for stunting our development. Let us present the other side of the coin – and showcase 12 games that just could make you a better human being. 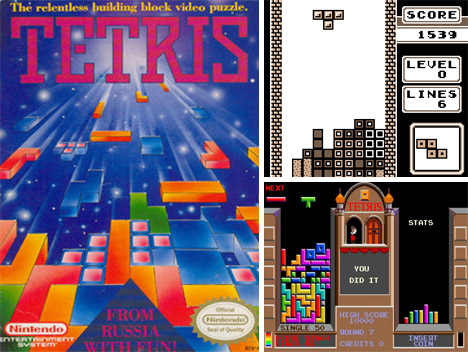 (Images via: Nintendo and Gamespot)

A litmus-test of the quality of a modern gadget is how well it plays Tetris. You can find Alexey Pajitnov’s world-conquering game on calculators, handheld consoles, mobile phones, oscilloscopes – yes, that’s true – and even on the side of buildings (below). If it can display rows of characters, it can be Tetrissed. Coming to a microwave oven readout near you soon? 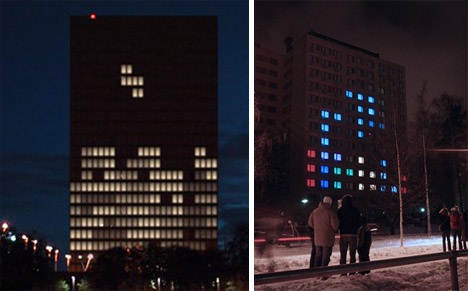 (Images via: Blinkenlights and engadget)

The rules are simple, and belie the brain-knotting complexity that can ensue. A good run on Tetris is an instinctive, hypnotic experience – no time to think, just react. It is so mesmerizing that it has led to the Tetris Effect, where your brain tries to turn everyday objects into puzzle-pieces. (British doubledecker bus? Long red piece). It’s a fact – Tetris is officially addictive. But is it healthy? 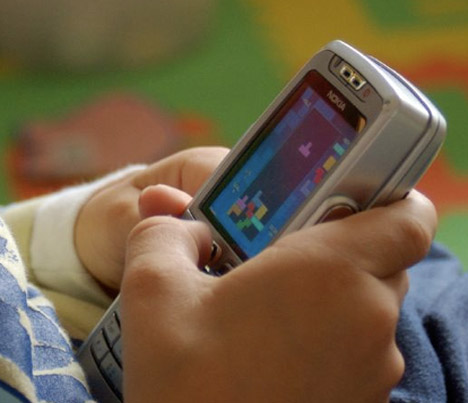 In January, the Psychiatry department of England’s University of Oxford announced that the soothing rhythms of Tetris could help block episodes of post traumatic stress disorder. Now it appears that Tetris may – wait for it – make your brain grow back. It has previously been thought that neurons were non-renewable parts of the body, like teeth enamel – but now a study of 26 Tetris-addicted teenagers found a slight thickening of the cerebral cortex after a 3-month period. The implications are staggering. Could computerized entertainment be used to pump up specific regions of your mind?

(Images via: Maxis and MTV Multiplayer)

If anyone has a shot at the label “culture-shifting game designer”, surely it is Will Wright. His landmark PC title Sim City kicked off the urban management gaming genre that still thrives today (with Sim City 4 still commanding the skyline) – but it is The Sims that he is best known for, the best-selling PC game of all time. Is his 2008 effort Spore destined for something similar?

(Images via: Maxis and MacNN )

Possibly so – and not just as a bit of fun. The focus of Spore is the cycle of life itself: from struggling organism to evolving creature, from nomadism to tribalism to space-faring civilization. It is this mind-bending range of scale that caught the attention of science writer Steven Jay Gould. In his view, Spore is a terrific tool for teaching children to think in a way that they desperately need to function in the modern world – to scale up and zoom in with their mind’s eye and regard the world in an interconnected, holistic way. Would the environmental movement mainstreamed earlier if we were playing Spore a few decades ago? A tantalizing question. 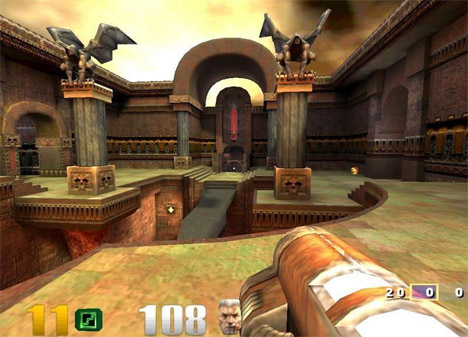 Approach someone in the street, ask them what a video game is, and your most likely response (besides “Tetris“) is “running around and shooting things”. The FPS or First Person Shooter will always be a staple of videogaming, and its most lauded example is Quake 3 for one simple reason – speed. Modern machines can push the game up to an absurd pace, but amazingly there are people who can still keep up. Watching a pro-player strutting his (or her) stuff is a dazzling experience. 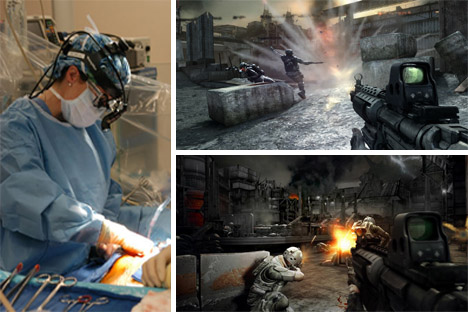 Just a game, right? Considering the amount of lead flying in the average FPS, we are glad to hear it. But playing these action games seems to have a real-world benefit – first by improving our ability to see differences in contrast, and secondly by honing our ability to quickly target things in our field of vision. For jobs requiring a high level of hand-eye coordination such as surgery, the best way to keep sharp might be a few levels of a modern shooter like Killzone 2. If you find this bizarre (ie. pretending to shoot people so you can repair them better in real life), we share your bemusement. 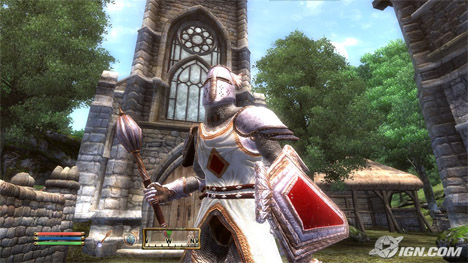 Now we turn to the grandaddy of gaming, the RPG or Role Playing Game. Western gaming owes its roots to a group of dedicated gamers – yes, male and nerdy – who translated their love of fantasy fiction and RPG D&D gaming (and also of acronyms) into the new digital format, resulting in the 1976 classic Colossal Cave Adventure. Things have come a long way, as these screenshots from the multi-award-winning Elder Scrolls: Oblivion illustrate.

(Images via: Bethesda and projectmanager.f2s)

What all these games have in common is quests: specific tasks within an overarching plot that the player can undertake to gain some kind of reward. After a while, these quests really stack up – forcing the player to track large numbers of short-term goals at any one time, fitting them into a larger picture. Is this good training for project managers? 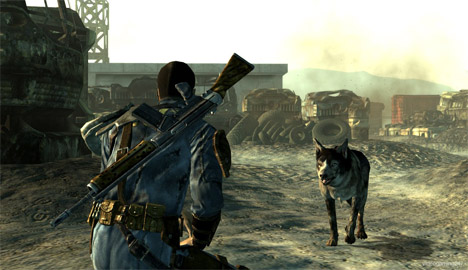 Another common factor in RPG gaming is the depiction of a world unlike our own – a world to be learned and negotiated. Fancy a few levels of geography class, anyone? Oh, and dystopian adventure games such as Fallout 3 (above) may teach us about what we have in store if modern society hits the wall, as this deeply sober and academic discussion illustrates. 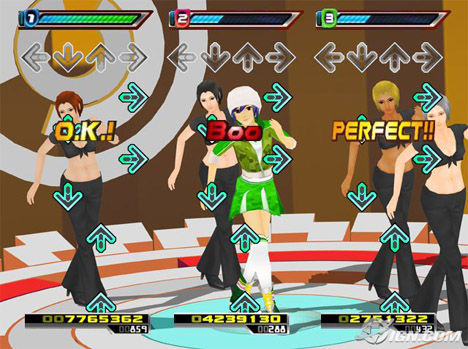 We live in a world where the sight of someone on a mat of glowing arrows leaping around like they have a wasp in their pants is almost commonplace. Blame Dance Dance Revolution. Sparking off the rhythm gaming craze (and arguably leading to the world-conquering Guitar Hero franchise), DDR has taught the world to dance like nobody is watching, except in public. 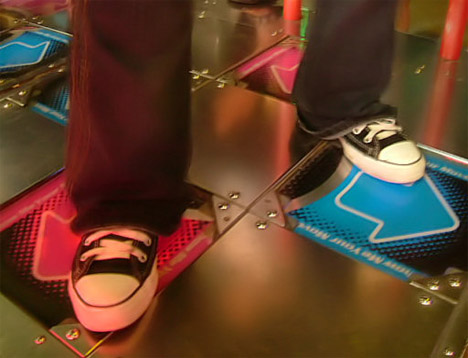 But can dance-mat games give kids (and students, drunk businessmen, etc.) a good healthy workout in a way they’ll willingly embrace? Some schools are keen to incorporate DDR into their gym classes, citing the technology as “a physical educator’s dream“. The downside? When a game lifts a real-world skill and adapts it for gaming audiences, it could be teaching them something that will block their ability to learn the real-life version – which is why Bill Wyman is worried that Guitar Hero might stunt the next generation of musicians. 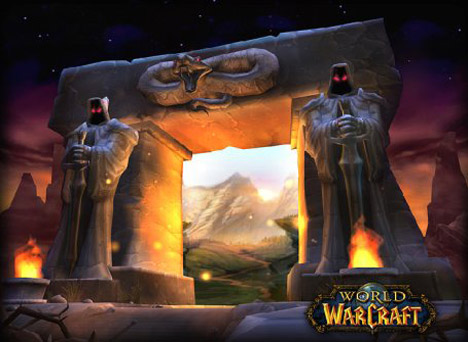 You may have heard of this one. Orcs, warriors, sorcery, gold, and the chance of bumping into Felicia Day – what’s not to love?

Being the biggest game in the known universe, it is also the target of the most criticism – but if you don’t take your WoW hobby to excessive levels, is it really so bad? After trawling Warcraft-themed chat-room posts and bulletin boards, researchers at the University of Wisconsin recently concluded that the game encouraged logical, scientific thinking and problem-solving abilities (along with hitting things until they turned into gold coins). 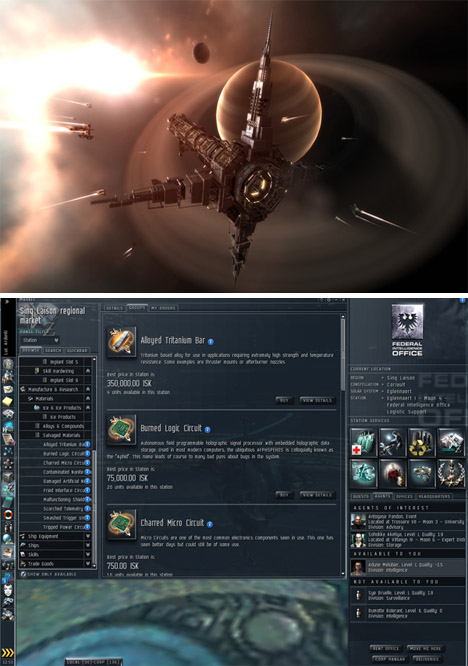 Wannabe economists with time on their hands might want to launch themselves into Eve Online – its virtual economy is a marvel, being largely player-driven and providing academics and economic analysts with a vast simulated market populated by real people. The rest of us can drool at the visuals. 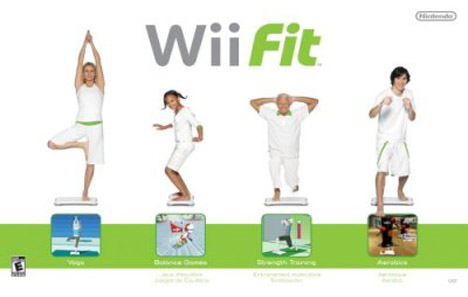 Back to jumping around like a loon. Riding the DDR wave, Nintendo launched Wii Fit in 2008 – and already it is the world’s third best selling game in history, shifting nearby 22 million copies worldwide as of June this year. 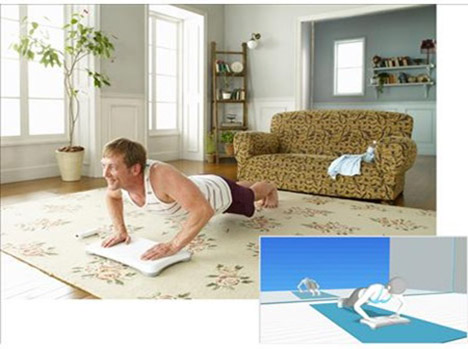 Is it ludicrous to spend $150 on a device that allows you to do pushups and stand on one leg? The British Medical Journal thinks not – if it gets people regarding these things as fun, rather than a necessary evil to be endured. But if you want to get into serious shape, your living room is not for you. 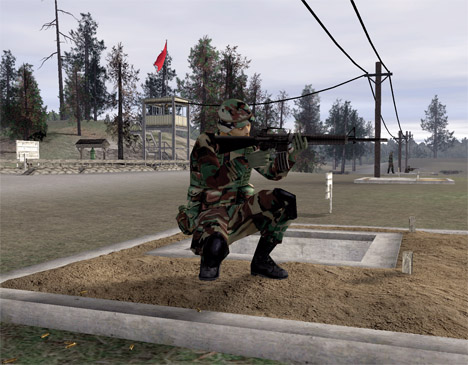 How many games actually try to prepare you for a real-world vocation? Leading from the front is America’s Army, originally developed as a public relations exercise funded by the U.S. government – and now a full-fledged soldier training simulator that the public can dip their toes into for free. 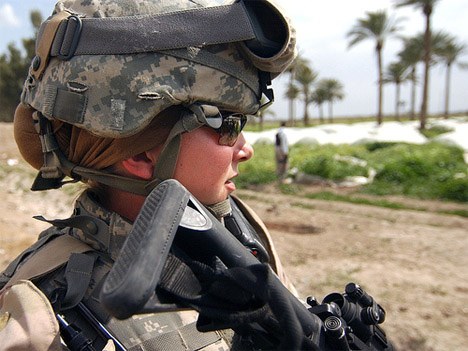 The core engine of America’s Army has been reworked into the Virtual Army Experience, a mobile simulator used to give participants a feel for what it’s really like to undergo training without training – and behind the scenes, the U.S. Army has worked the game into a wide range of tools used for training real soldiers. This is a game that has demonstrably saved lives. 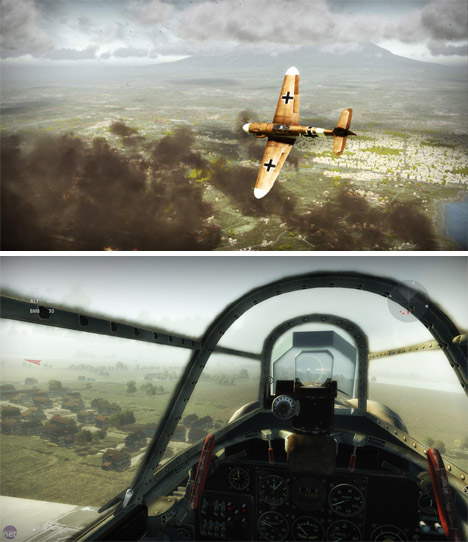 And while we are a good way off from slotting a cartridge into our heads and muttering “Woah – I know kung fu”, games do hold the potential to give a true flavor of real-world experiences – and maybe even teach us the basics. Real-world aircraft pilots have praised the accuracy of Oleg Maddox’s IL-2 Sturmovik series of flight simulators, currently in its latest incarnation as Birds of Prey on the Xbox 360 and Playstation 3 (above). What other skills can games teach us? Thanks to the popular media, we are all too aware of the dangers of self-abusive, socially-isolating video gaming…but isn’t it time we looked a little closer at the benefits?