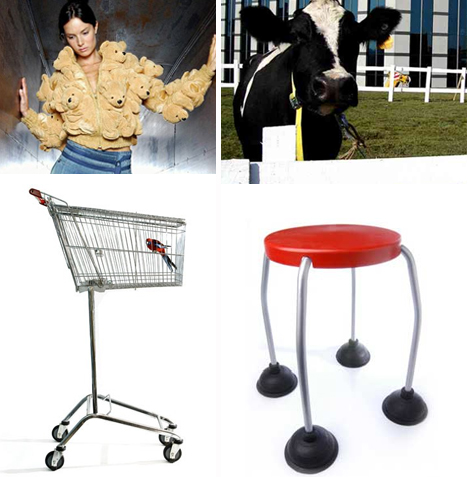 Chilean artist and designer Sebastian Errazuriz never fails to amaze viewers with his offbeat and sometimes bizarre designs and art installations. His urban art has been seen all over Santiago, while his innovative product designs have long been a favorite of design blogs. His projects have won numerous awards, and Errazuriz himself has received a Fulbright grant, a Chilean Presidential scholarship, a New York University scholarship and a Deigo Portales University scholarship. 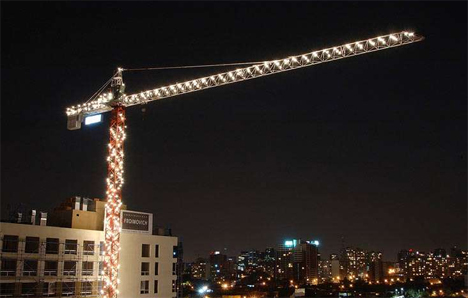 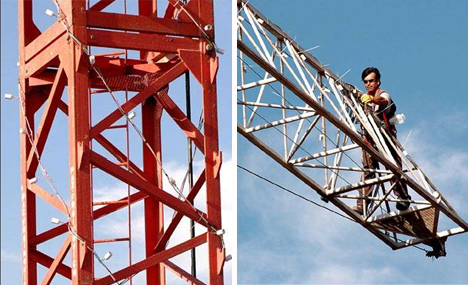 “The Crane” was a large-scale art project erected in Santiago. The twenty-story crane was decorated with 1200 light bulbs as a kind of massive night light, in the tradition of espanta cucos (children’s lamps that frighten away monsters). 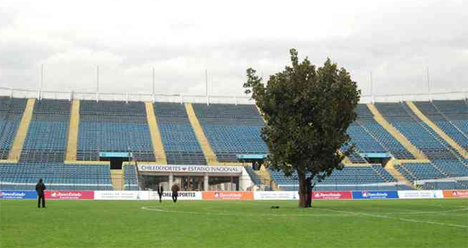 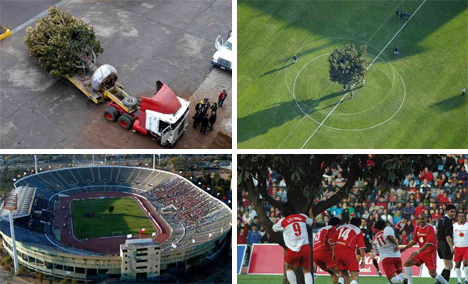 “The Tree” was a rather beautiful public art project in the middle of Chile’s National Stadium. A 30-foot high living magnolia tree was planted on the spot where, some 30 years ago, dictator Pinochet tortured political prisoners. A week-long exhibit saw the stadium opened as a public park; at the end of the week, a friendly soccer game was played in front of 15,000 spectators with the tree still in the middle of the field. 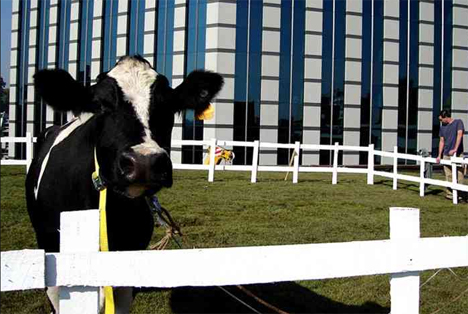 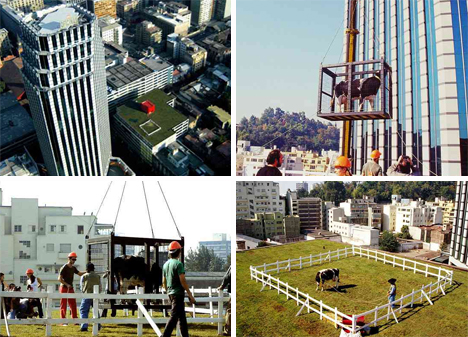 Errazuriz’ “The Cow” was a public spectacle that caused many people to leave their places of work just to see it. A cow was saved from the slaughterhouse, then given a home on a recreated farm on top of a ten-story building. The building was within view of the city’s financial and political headquarters. 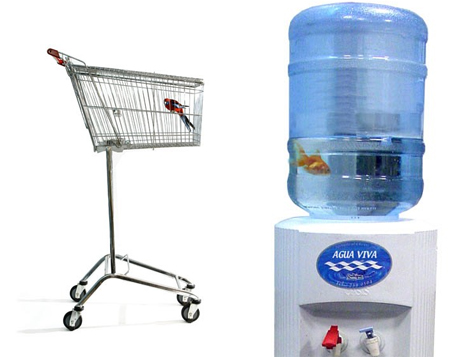 But Errazuriz’ talents don’t lie only in urban guerrilla art. He is also a designer who has made some of the most fascinating designs in fashion, furniture, household items and zany novelty items. Above are two pieces from his “Out” series: a birdcage made from a shopping trolley and a fishtank made from a water cooler. In everything that Errazuriz does, he challenges people to see everyday objects from a different angle. These two sculptures are excellent examples of how items that we see everyday can take on an entirely new life under the right circumstances. 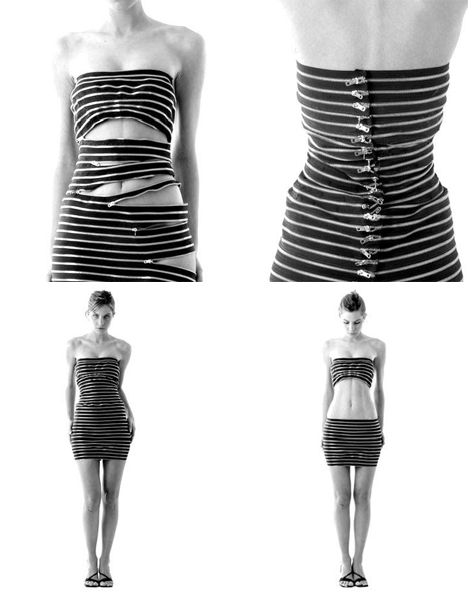 This dress made entirely of zippers is a fascinating project from Sebastian Errazuriz. The 120 zippers that make up the dress are able to be opened and closed in many configurations, allowing the wearer to customize the dress in seemingly endless styles. It can go from respectable knee-length halter dress to daring two-piece tube-top-and-miniskirt effortlessly. If only all fashion was this adaptable. 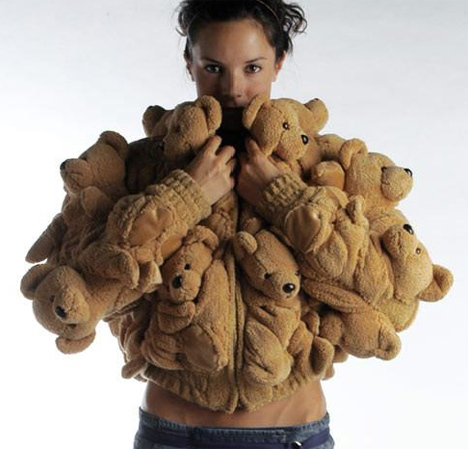 Until now, if you wanted to wear a faux fur coat you were stuck with a coat that looked like real fur or was made of ugly plastic fibers. But the teddy bear coat dreamed up by Sebastian Errazuriz would ensure that you are kept warm, stylish and exceptionally cuddly. (Don’t worry, though – the bears in the coat all died of natural causes.) 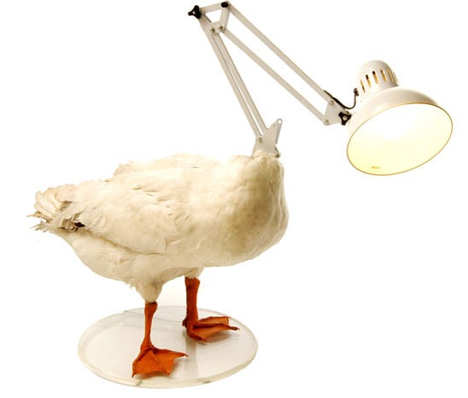 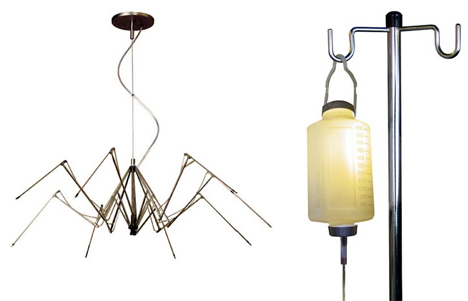 The household items dreamed up by Errazuriz probably wouldn’t have any place in a home filled with children, but for those of us with a slightly offbeat sense of humor they are perfect. These are just a few of the creative designs that won Errazuriz the honor of being named as a top emerging designer by I.D. Magazine. 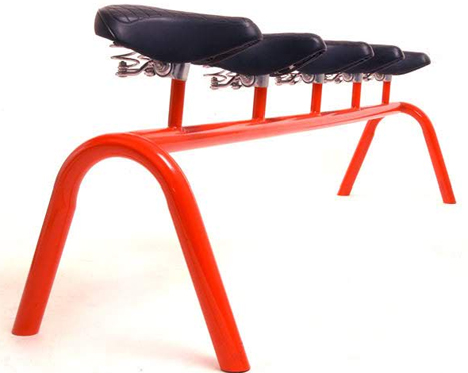 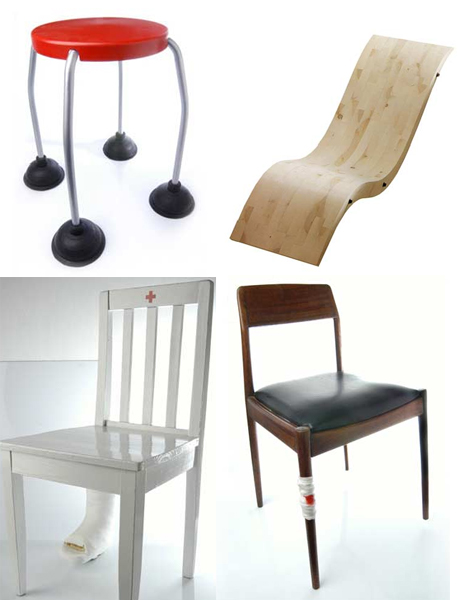 These innovative seating options probably mean that the designer’s house is a very interesting place to have afternoon tea. The bicycle seat bench, the stool with suction cup feet, and the chairs with injured legs all seem like seats straight out of an Alice in Wonderland-like world.