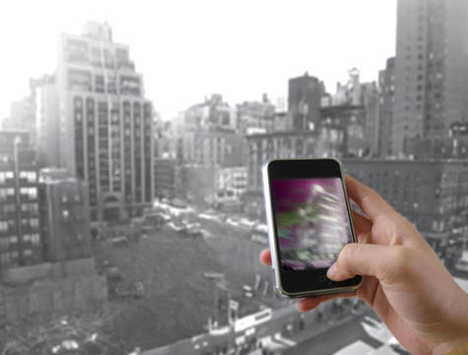 A floating airport off Battery Park, a mile-high dome over Midtown Manhattan and a hulking Harlem in the sky… these structures may not actually exist in New York City, but tourists can still explore them. An iPhone app created by a pair of architects illuminates the phantom New York – an alternate vision that lies just behind the reality of the city.

“It’s the city that never was but could have been,” co-creator Irene Cheng told The New York Times. “Sort of an alternate future.” 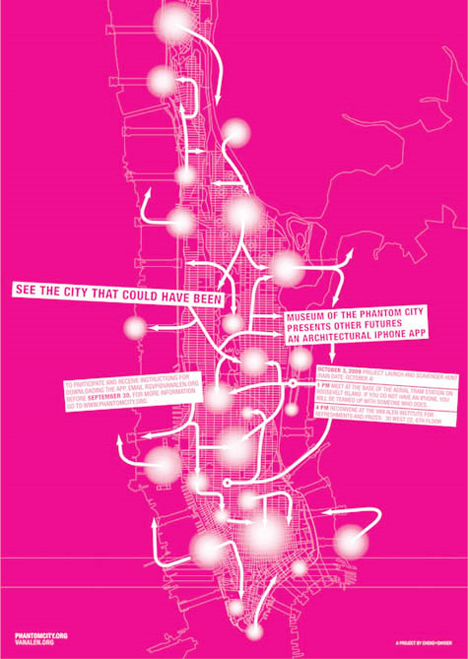 Called ‘Museum of the Phantom City’, the free download is “a public art project that allows individuals to browse visionary designs for the City of New York on their iPhones.”

The designs might not be terribly practical, but they’re as stunning as they are eccentric, and Cheng and her husband Brett Snyder believe that they push the technological, aesthetic and social boundaries of their time.

Users walking through the city are notified when passing a phantom building such as Antonio Gaudi’s unbuilt cathedral, Buckminster Fuller’s dome and even a 1941 proposal for a helicopter landing field to be built on steel pylons over Bryant Park. 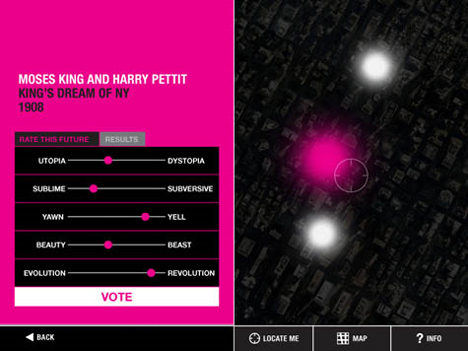 Pink and white bursts on a black field – which is actually a thinly veiled, intentionally mysterious Google map – indicate proposal sites. A pink burst means that the user is within range of a site, and can access the photos and text. An interactive rating feature allows the user to vote on whether each proposal is utopian or dystopian, sublime or subversive, a beauty or a beast.

Though some may lament the use of personal digital devices to interact with our urban environments, Phantom City provides an experience that is otherwise impossible – an experience that may leave some yearning for the decidedly more imaginative science fiction of these nearly-forgotten dreams.