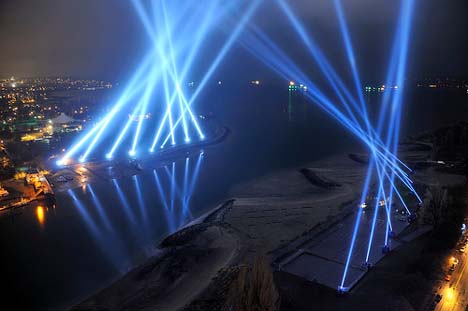 As beautiful as a display of fireworks can be, they’re passive: viewers are just viewers, rarely having a hand in the actual design of the show. But a project going on right now in Vancouver called Vectorial Elevation allows people around the world to light up the city’s sky with a customized light show, all from their own computers. Commissioned for the 2010 Winter Olympics, the installation began transforming the city’s skyline on February 4th and will continue until Sunday the 28th. 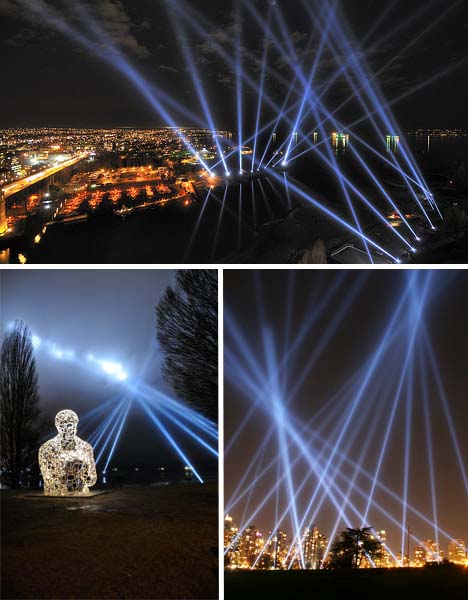 “This website includes a virtual model of Vancouver where you are able to design “light sculptures” with 20 robotic searchlights located along English Bay. Once you are happy with your design you submit it together with your name, location and dedication or comments. Every night from dusk to dawn new designs are quietly rendered sequentially as they are added to a queue.”

“The project automatically creates a personal webpage for each participant, documenting his or her contribution with views from 4 project webcams. With a 15 Km visibility radius, the installation intends to blend the virtual space of the Internet with one of the most emblematic public spaces in Vancouver.” 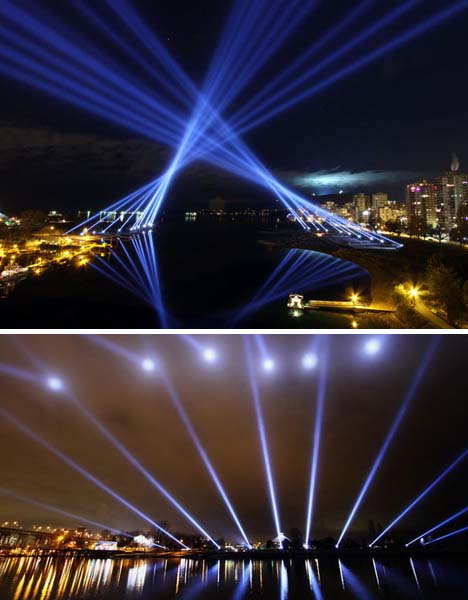 Using the Google Earth plug-in, users view Vancouver in 3-D with an overlay of the project’s models, markers and controllers. The interface allows the participants to select and direct individual searchlights and move virtual cameras to capture the action. All of the users’ requests are sent wirelessly to the command center in Vancouver in the form of x, y and z coordinates. Those who don’t want to wait in line to take an active part in the lighting design can watch each evening’s shows live on the Vectorial Vancouver website. 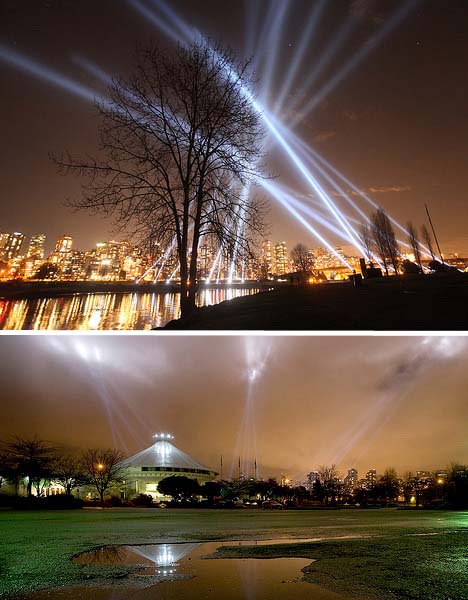 Previous versions of the project have taken place in Ireland, France, Spain and Mexico starting in 1999. The first, developed for the Millennium Celebrations in Mexico City’s Zócalo Square, drew over 800,000 participants from all over the world.