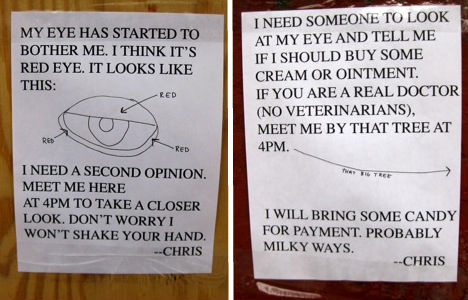 Who is Chris and why does he have so many problems? From mysterious eye ailments and prematurely dead pets to overdue library fees, Chris has issues and he wants to talk to you about it, preferably at 4pm over by that tree. Don’t forget your credentials and some junk food. 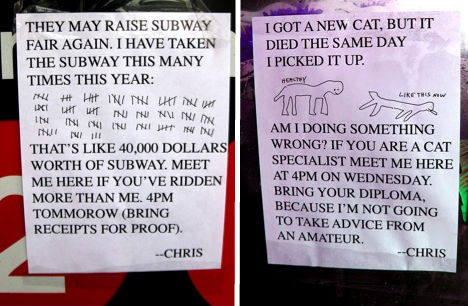 Countless New Yorkers have passed these notes, and untold numbers of them have actually showed up to get a look at this poor, strange guy and his eye infection. But Chris isn’t a real person. He’s the invention of Todd Lamb, a writer, director and self-professed comedy nerd. 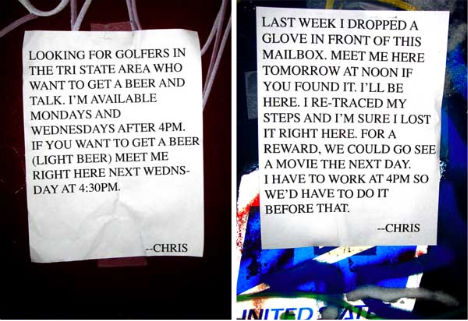 The “Notes from Chris” project is an ongoing experiment, reading like a parody of the often puzzling and hilarious anonymous ads seen on Craigslist and in local weeklies. Chris may be kooky, but he undoubtedly has plenty of kindred spirits out there and his notes have become so popular that imitations have sprung up around the world, as far away as Australia. 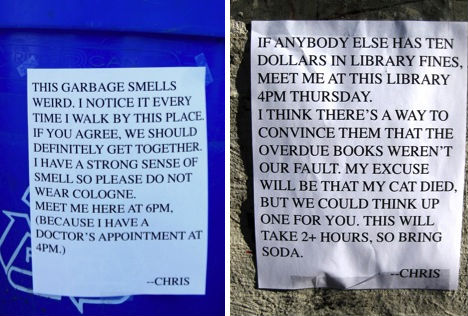 Lamb’s work – which includes everything from films and books to television commercials and drawings – has been featured in Big Brother Skateboarding Magazine, Stop Smiling, Radar, SF Weekly, The Riverfront Times and Juxtapoz Art & Culture Magazine. 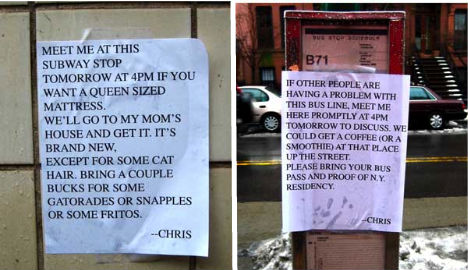