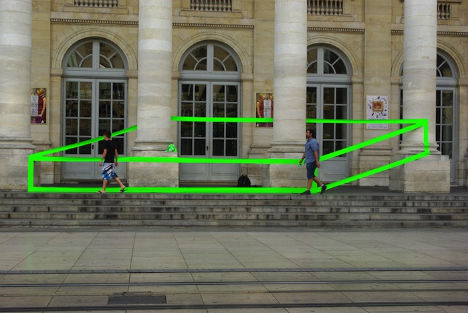 Do you see beauty in a cinder block wall, a street crossing or a stop sign? Chances are, you don’t even notice them – but Aakash Nihalani would like to help you out with that. The Brooklyn-based street artist calls attention to the mundane using bright rolls of tape, bringing out extra dimensions that incite passersby to take a second look at their surroundings. 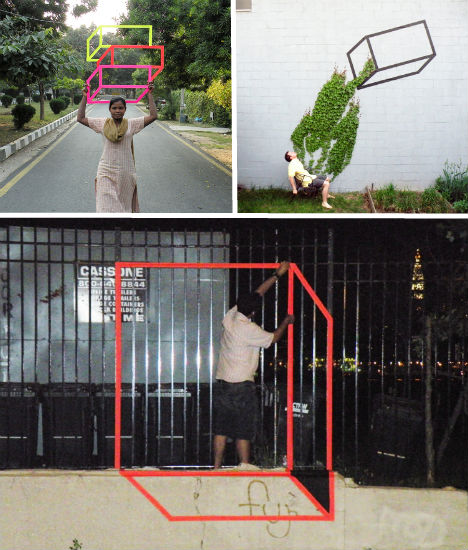 Currently finishing up an interactive design festival in France, the Les Grandes Traversees, Nihalani has gained wide renown for his 3D urban art. The artist freehands his typically geometric tape designs, sometimes directly on a surface (as quickly as possible) and sometimes on a cardboard backing to produce a rigid cutout that can stand alone.

Asked whether he ever tussles with authorities over removing his work, Nihalani said, “I’ve asked cops and maintenance staff to wait for me to take a quick photo before they start taking it down, and most have let me.” 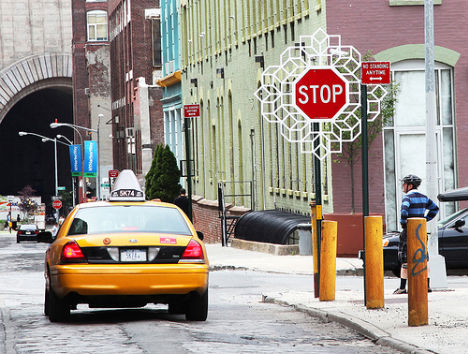 “There’s also been plenty of instances of workers walking past me and not saying anything even though they see me taping. And on very rare occasions a person in uniform will stop just to share some positive feedback, human to human.” 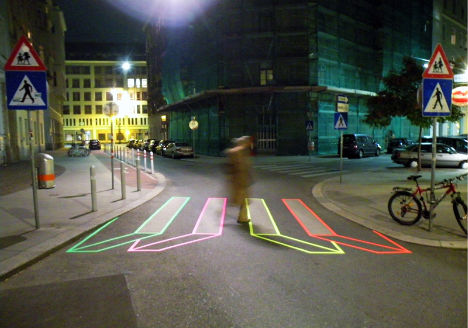