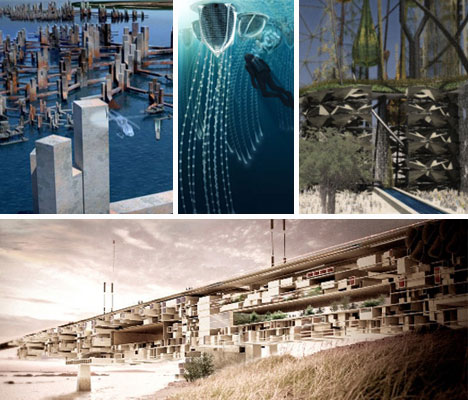 Many futurists and future-minded laypeople believe that the future of civilization lies in the water. If the global climate continues to get warmer and the water level rises, land will become a precious and expensive commodity that not many will be able to afford. To counter the scarcity of land, cities may be forced to move into the oceans. This idea is the basis of several ideas to be featured at the Australia Pavilion in the Venice Architecture Biennale 2010. 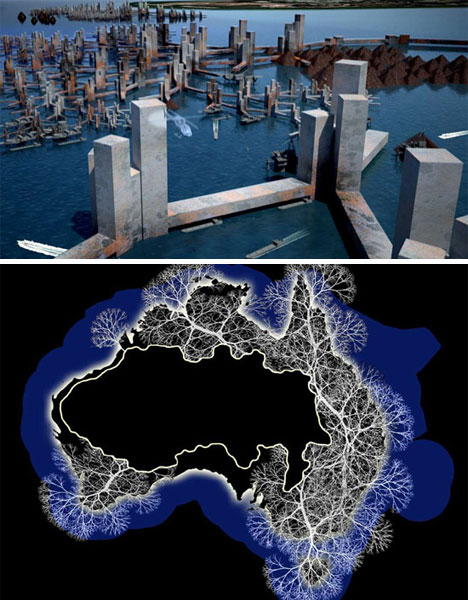 The Australia Pavilion display is called NOW and WHEN Australian Urbanism; it features ideas about what Australia will look like in 40 years. There isn’t much information accompanying the ideas, so they seem to be conversation-starting concepts rather than viable urban ideas for the future. The above image is “Aquatown,” a concept from NH Architecture and Andrew Mackenzie. 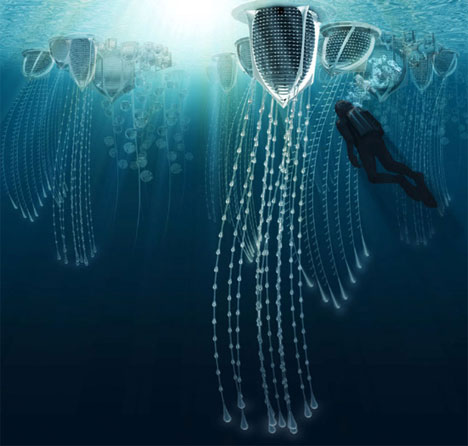 Above, a compelling underwater city named “Syph” is one of the most interesting concepts. It features separate underwater pods to meet all of the needs of a city: food production, energy generation, residences, and everything else a thriving metropolis needs. The individual pods work together as a network to provide a comfortable underwater life for residents. The concept from Arup Biomimetics is just one of the 17 concepts that will be displayed at the 2010 Venice Architecture Biennale. 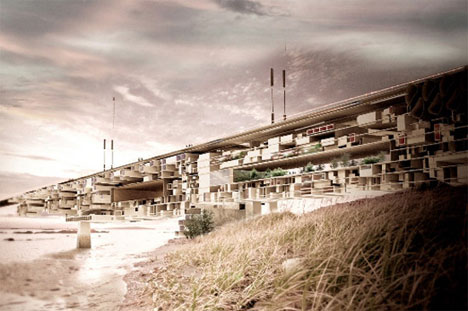 The idea behind the design project was to free designers and architects from their customary constraints. This frees the designers to conceive of future urban spaces which may be technically impossible, but nonetheless encourages us to open our minds to new possibilities. Many of the designs in the project center on more traditional building sites (i.e. land rather than water) but consist of remarkable building characteristics or unconventional construction techniques. 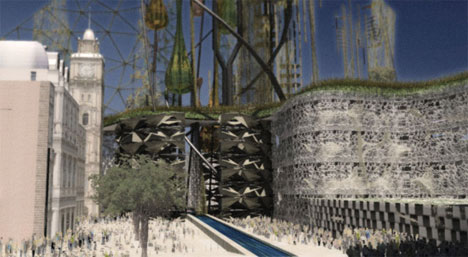 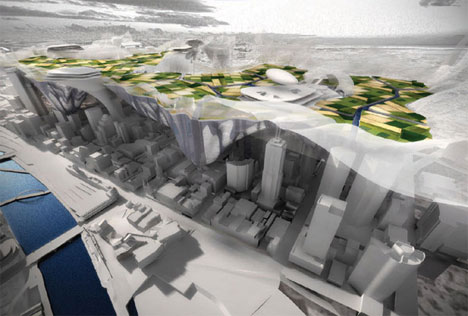 Is this what one of the world’s most urbanized areas will really look like in four or five decades? No one can say for sure today, but opening up the future by dreaming big seems to be the perfect way to start urban planners on the path to creating radical designs for our rapidly changing world. All 17 of the finalist concepts will be on display August 29th through November 21st in Venice.