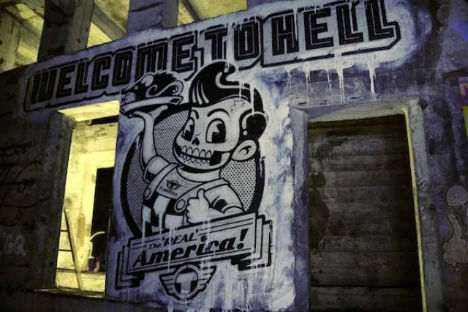 It’s “an elusive pirate treasure of contemporary art” – an abandoned subway chamber under Manhattan that was illegally opened for a year starting in 2009 to allow 103 select artists to paint for one night each. Then it was sealed off from the world, the original entrance to the station removed. The Underbelly Project is a mysterious urban art experiment that seeks to subvert the commercialism that has overtaken much of the street art scene. Contributors include RJ, Editor-in-Chief of Vandalog, who has captured some of these creations on film (such as the one above and the second-to-last image below). 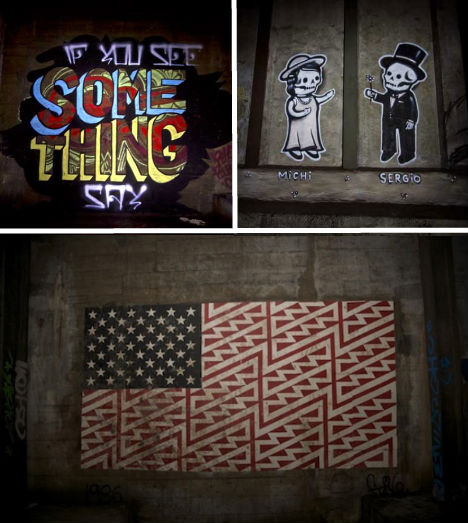 According to The New York Times, “many of the contributors are significant figures in both the street art world and the commercial trade that now revolves around it.” The show’s curators, who call themselves Workhorse and PAC, wanted to get as far from the conventional art world as possible. They explained their motivation to a reporter at The Sunday Times:

“People were going out and literally sawing walls in half to steal Banksy pieces. Electrical panels were being ripped off leaving live wires exposed that had Shepard Fairey stencils on them. It was commercialism at its worst. Early in the street-art years, I relished the ability to feel like I was my own island. The Underbelly was our way of feeling like we were an island again. We finally had a space in the world that collectors couldn’t contaminate. A space that couldn’t be bought.” 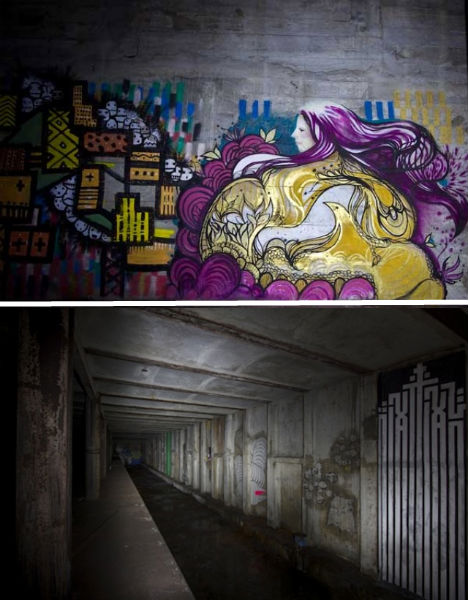 The artists worked for four hours each by candle lanterns, and weren’t allowed in and out to retrieve more supplies due to the danger of getting caught, which could result in serious criminal charges. The art itself has been generally well received, but commenters at Gothamist reveal that it may already be gone, claiming that other New York street artists have entered the station and destroyed the work. 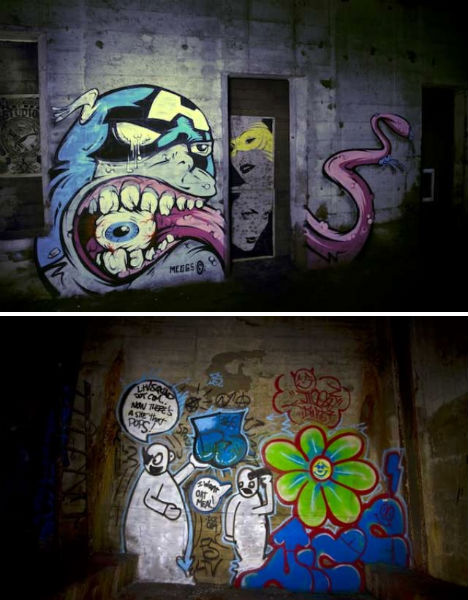 Whether left as a secret treasure for later generations to discover or ultimately ephemeral due to vandalism and decay, the Underbelly Project is certainly intriguing with its shadowy combination of urban exploration, abandoned spaces, secrecy and incredible works of art. Check out a full gallery at Gothamist and see more on the project at Vandalog’s Underbelly Project Tag.