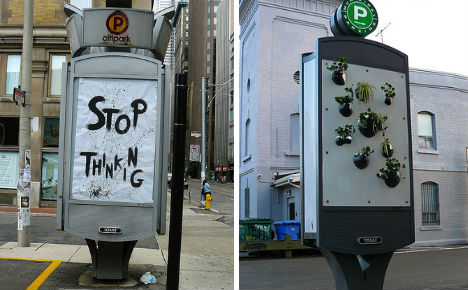 Last year, Toronto citizens asked themselves a question that led to an unprecedented law: Why should we have to look at so many billboards? In April 2010, the city instituted taxes and restrictions on public advertising, but some ad companies decided to break the law – and those rogue billboards were themselves subject of guerrilla action recently when activists covered them with art. 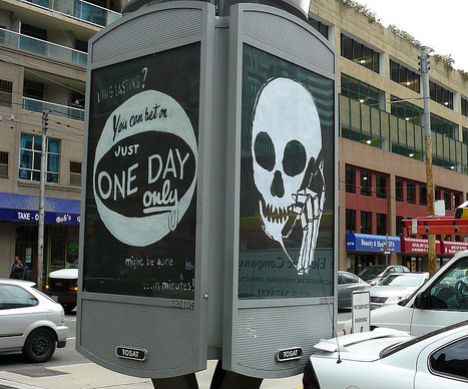 The large-scale urban street hack was organized by Toronto Street Advertising Takeover (TOSAT) and plastered 41 illegal advertising pillars and 20 10′-by-20′ billboards with 85 prints by a variety of artists, from graffiti-style urban art to whimsical drawings of birds. 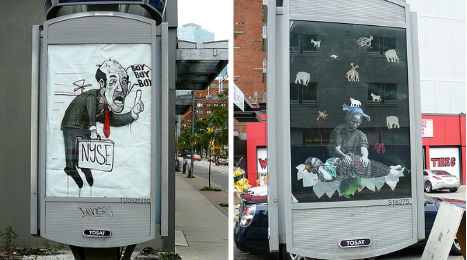 Toronto has long had restrictions on billboards, but they were complex and difficult to enforce. April’s bylaw introduced a new tax on billboards that funds art in public spaces and pays for enforcement, but according to activists, companies like Pattison Outdoor Advertising – which was targeted by the guerrilla action – continue to flout the law. 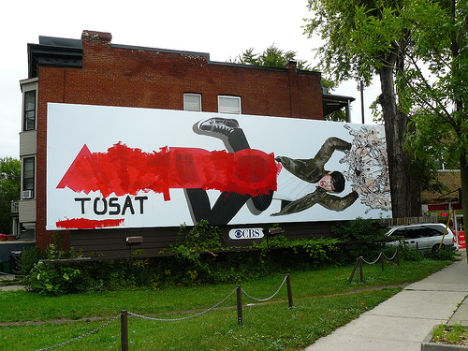 “When you walk through the city and you know you have no control over that space, it’s like walking through a mall,” said ‘Posterchild’, a Torontoist.com contributor who was involved with the project. “It’s more about feeling at home. And it’s impossible for me to feel at home in my city if I don’t feel I’m a part of it.”